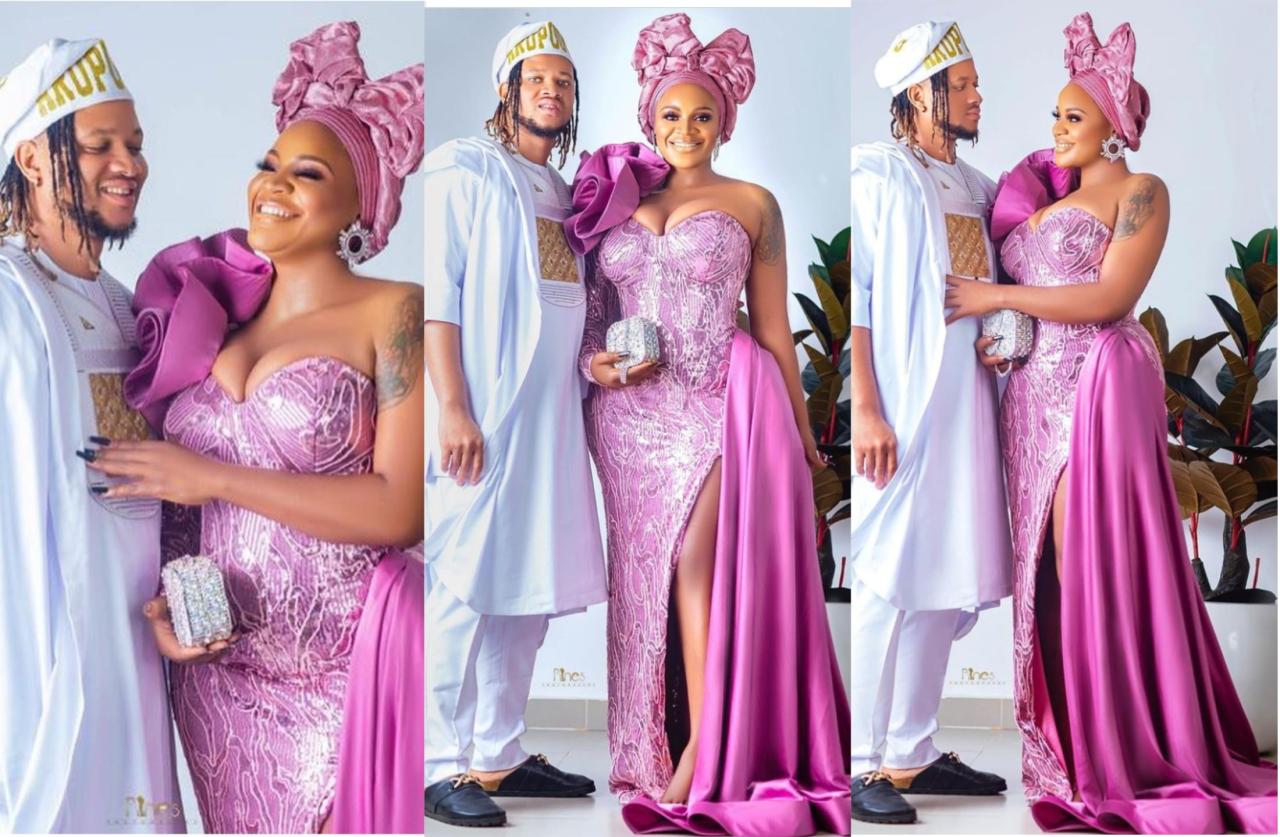 Popular Nollywood actress, Uche Ogbodo and her younger lover, Bobby Maris is all set for their traditional marriage which is holding today, January 5, 2023 at her hometown in Imo State.

According to reports, Uche Ogbodo doesn’t want the public to know about the occasion as she had earlier lied that she was officially married to the father of her second daughter.

Ogbodo, a beautiful mother of two was formerly married to a footballer, Apo Arthur, the union produced a baby girl before it went sour.

However, she found love again in the hands of a fast rising artist, Bobby Maris and they share a baby girl together.

Recall that Uche Ogbodo had responded after an online troll called her and her younger lover, ‘Mother and son’.

The 43-year-old found love in a younger man, Bobby Maris (who’s in his late 20s) last year; they bought later welcomed a child together last year.

The actress took to her social media page to share stunning images of her and her younger lover in elegant outfits as she rained praises on him.

An online troll decided to throw a subtle jibe at her by calling them mother and son.

She replied: “Yes ooo! Exactly what I am to him, his 2nd mama after his beautiful mother.”