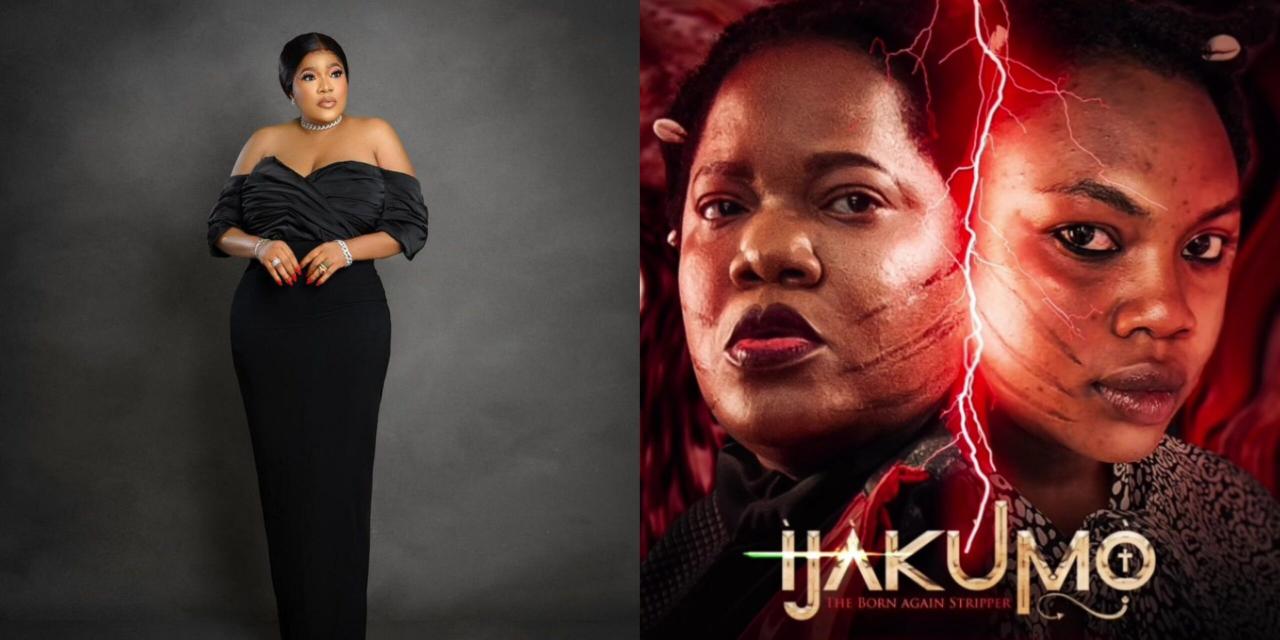 Despite getting poor reviews from some movie reviewers, Toyin Abraham, is not backing down on her latest movie, Ijakumo.

Reviewing the movie, a popular Instagram movie reviewer, CinemaPointer tagged it “Not recommended”
Read their review below:

“Not Recommended. ‘Ijakumo’ is Yoruba Nollywood’s attempt at making Nigerian versions of Tom Cruise’s ‘Mission Impossible’, George Clooney’s ‘Ocean’s Eleven’ & the video game Mortal Kombat, all in one movie. And it is every bit as ugly as you can dare to imagine, as its brazenl razz touch proves devastatingly ruinous to its lofty ambitions. After seeing Femi Adebayo’s ‘Ageshinkole’ & Kunle Afolayan’s ‘Anikulapo’, we were confident enough to proclaim Yoruba Nollywood as toppers of the craft, leading Nollywood as a whole to greater heights. Today we feel as though said proclamation might have been premature—We spoke too early. Toyin Abraham-Ajeyemi’s ‘Ijakumo’ drags Yoruba Nollywood a hundred steps back into the abyss of Idumota. There’s a fable that the story of ‘Ijakumo’ was “revealed” to its writer in a dream.

In other words, you can be rest assured that if you choose to see it, you will literally be paying premium to experience somebody’s nightmare. Especially with its generally pretentious acting, terribly nauseating CGI & aggravatingly convoluted story-telling. Plastering it all together is a no-holds-barred dumb slurp excuse for dialogue. Even foolish people will regret paying t see this.”

The review left tongues wagging and stirred reactions from fans of the actress and other celebrities.

Despite the poor review, the movie which is rated 18, has done well so far for itself.

Mocking her haters and naysayers, Toyin Abraham took to her Instagram page and wrote, “IJAKUMO is hot🤜🤜🤜IJAKUMO is trending🤜🤜They can’t kill IJAKUMO vibe👌 Oya today it’s another day to see #IJAKUMO (The born again stripper)Tell someone to tell Another person that #IJAKUMO is showing in all cinemas in Nigeria and pls don’t forget it’s rated 18🙏🙏”

Funke Akindele takes her “Battle on Buka Street” Movie to America, UK in her battle for supremacy with Toyin Abraham’s “Ijakumo” Movie

Toyin Abraham celebrates as she beats Mercy Johnson, Funke Akindele to emerge as the top grossing actress in 2022