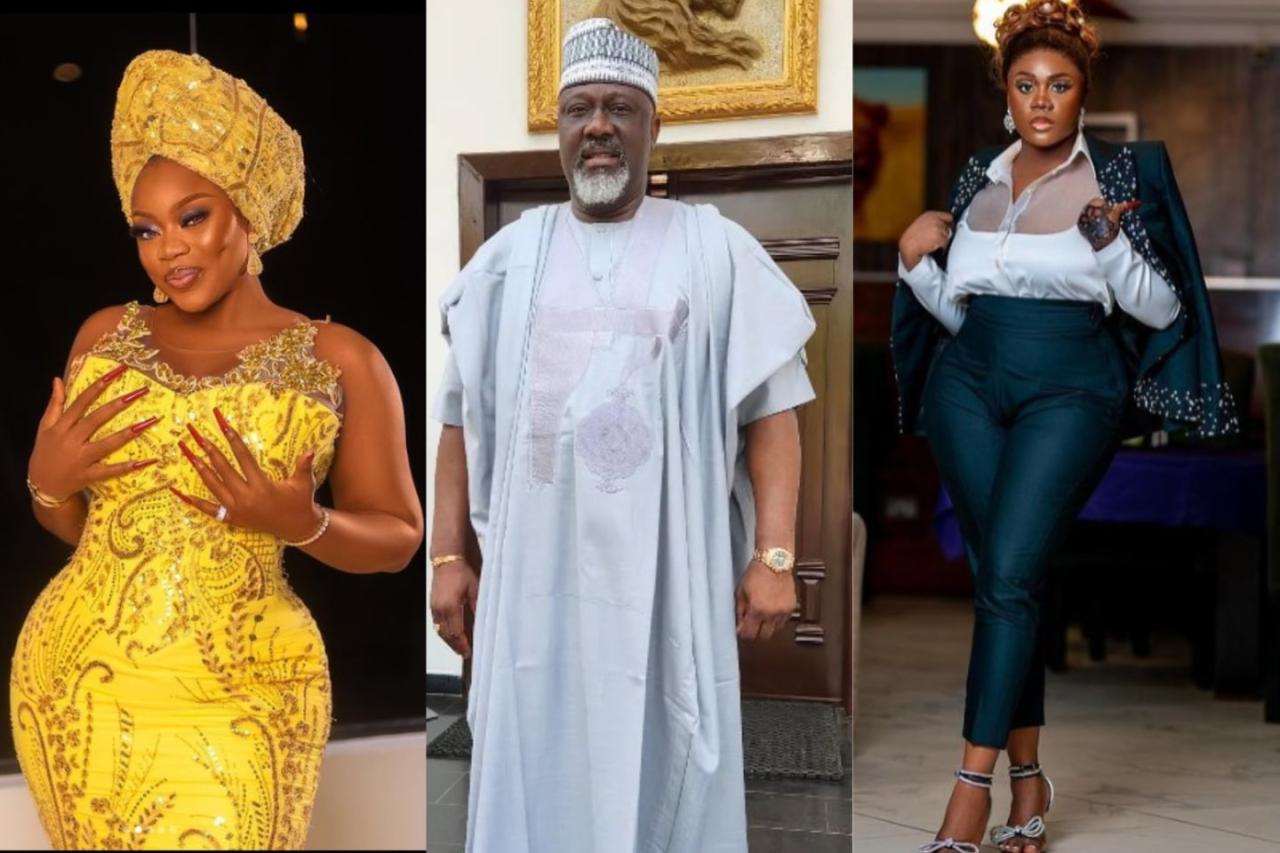 Skit maker and brand influencer, Amarachi Amusi better known as Ashmusy has taken to her Instagram page to debunk the rumour making rounds that she and her colleague, better known as Nons Miraj or Ada Jesus are in a relationship and being bankrolled by Senator Dino Melaye.

Social media users who are aware of the modus operandi of GistLover know that violence begins to bring out its beats from a drum whenever the blogger shares pictures of someone. Captioning the post, GistLover wrote: “I like fine fine pictures Sha. HARD WORK UNDER DINO NO BE SMALL WORK OO I DEY COME”.

Springing into action within minutes , Ashmusy debunked the news of having an affair with Dino Melaye and noted that she has never met him personally.

She wrote: “LIES UPON Lies!!!!! I don’t even know DINO Personally. Never ever met him in my lifetime!!!!! God forbid such a terrible lie, Just for clout.”

She went on to make a phone call to her colleague, Nons Miraj concerning the alleged relationship with Dino Melaye.

Ashmusy further went the extra mile to prove her innocence about the alleged lies against her and her colleagues, she shared her private chat with GistLover and noted that they have a business deal which she expects the blogger to honour. 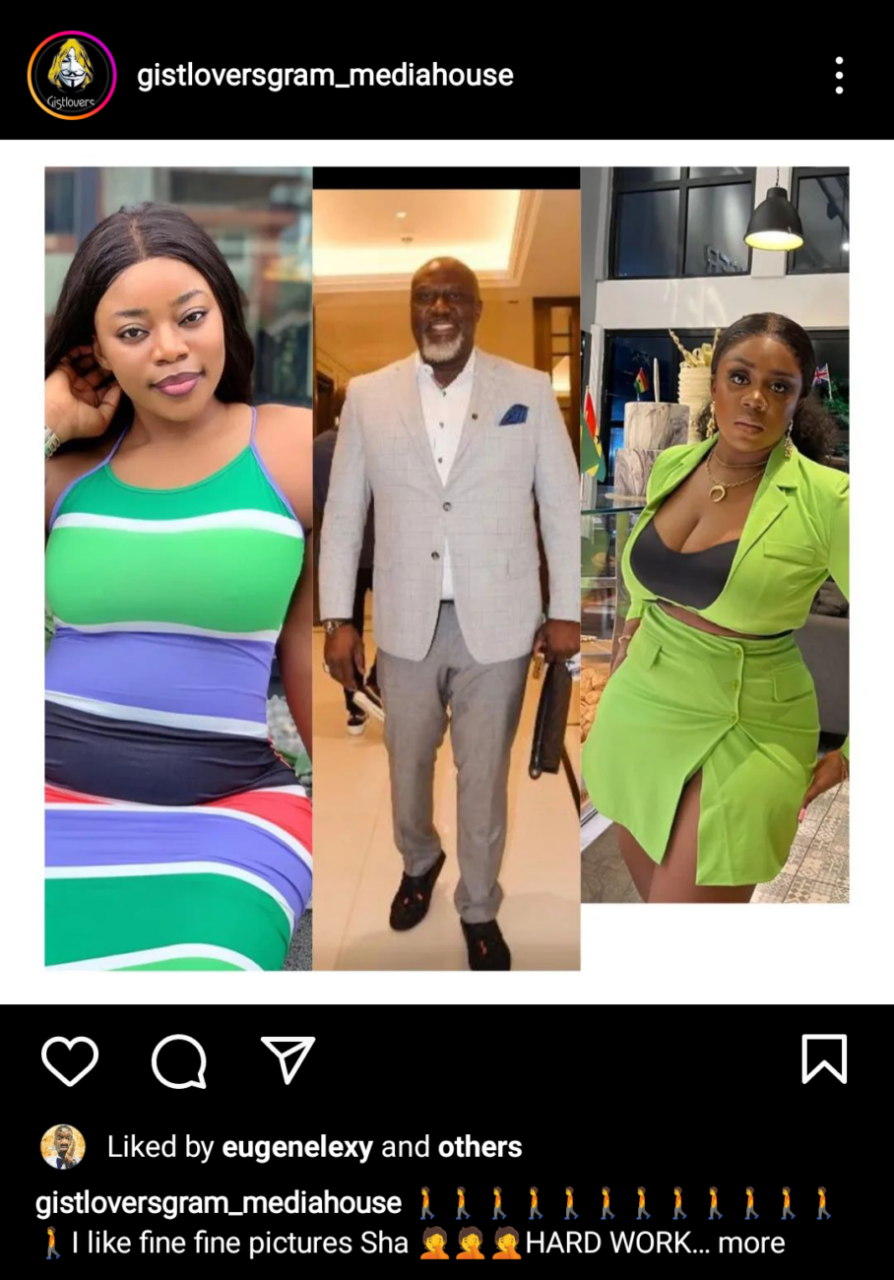 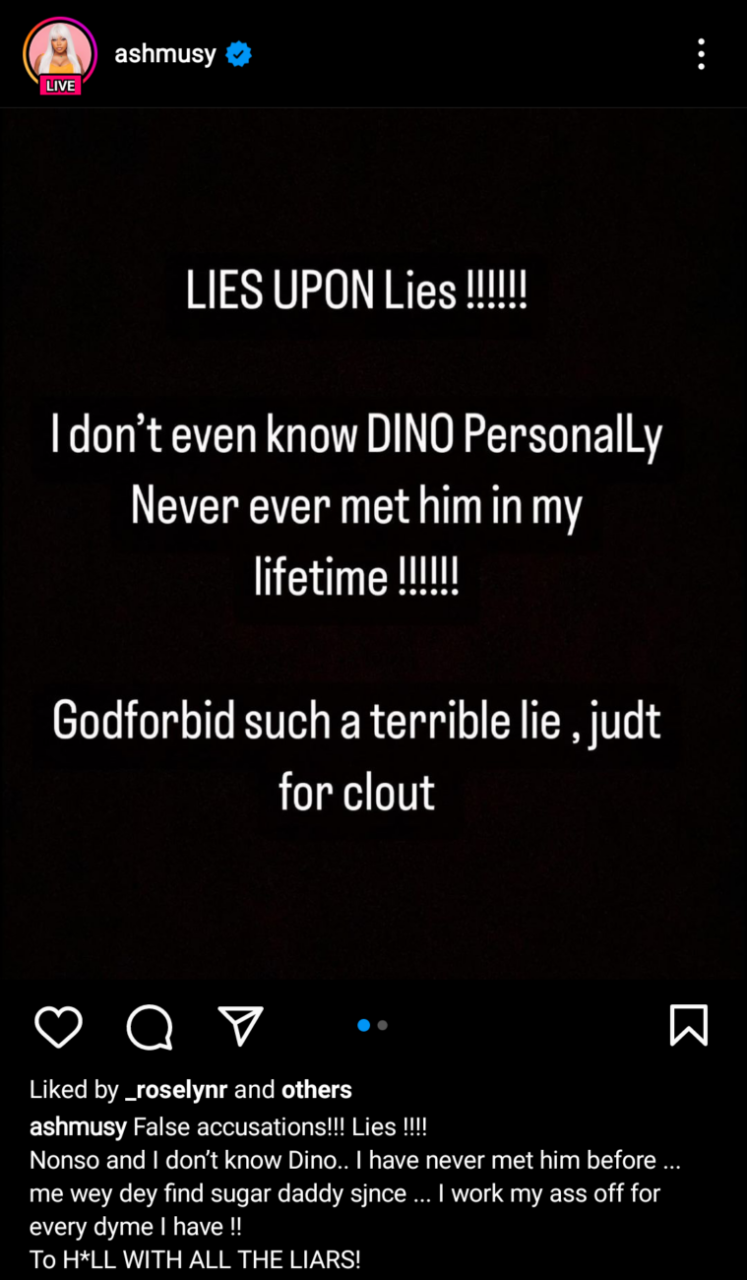 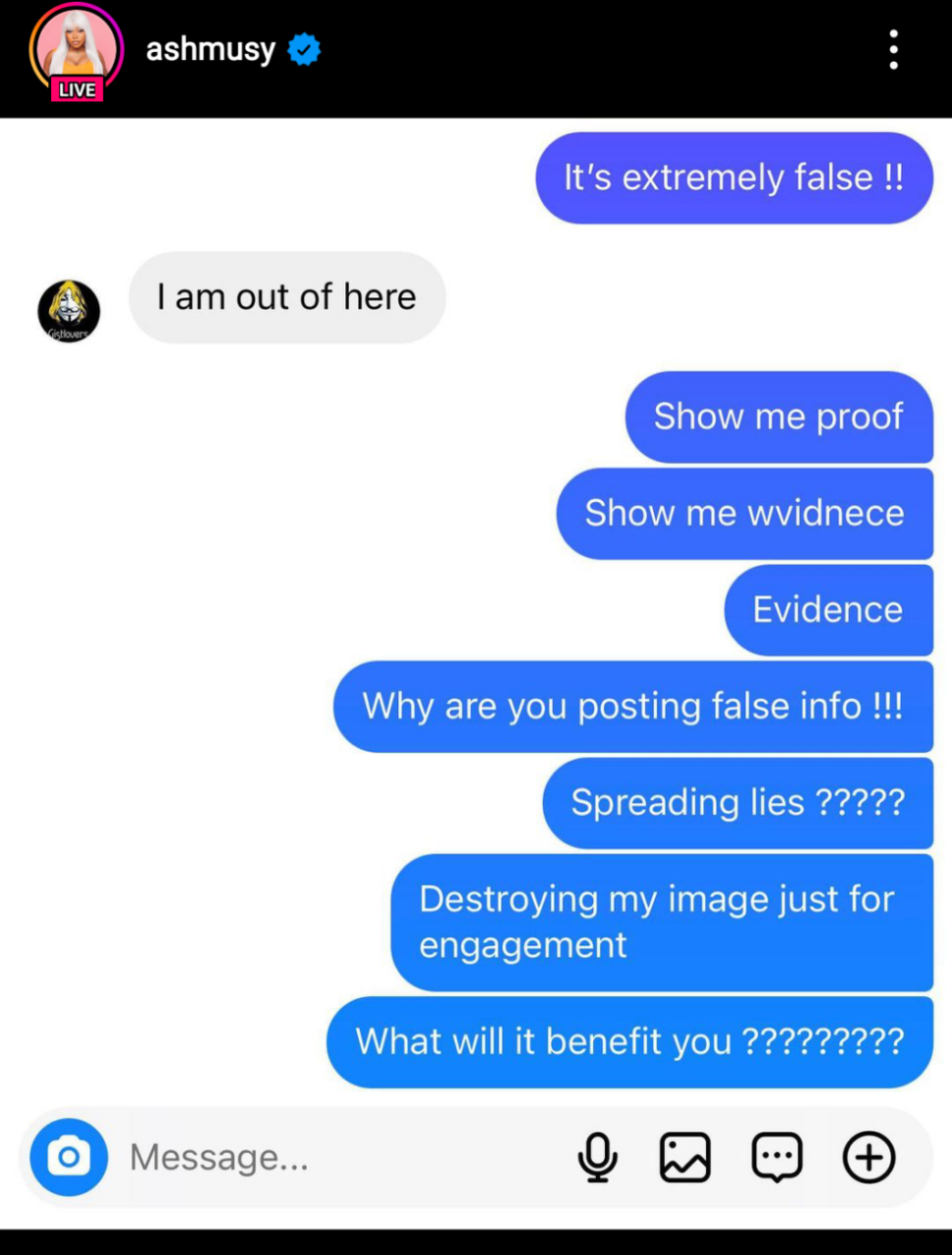 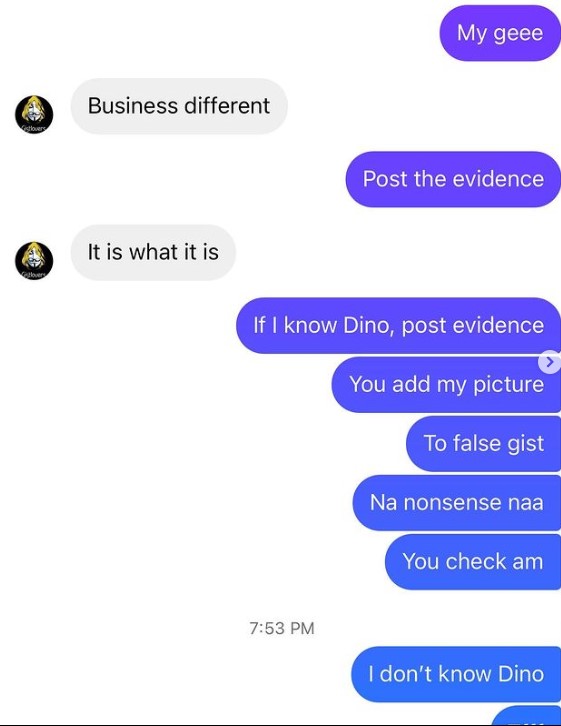 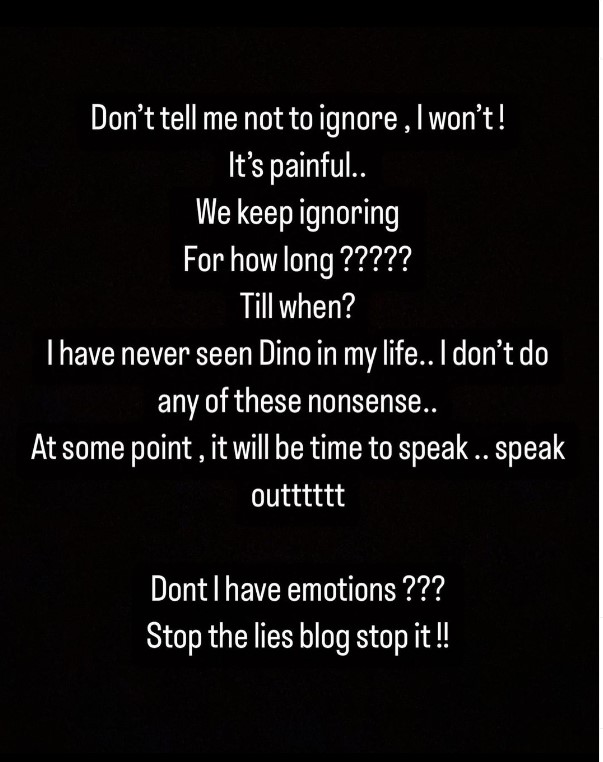