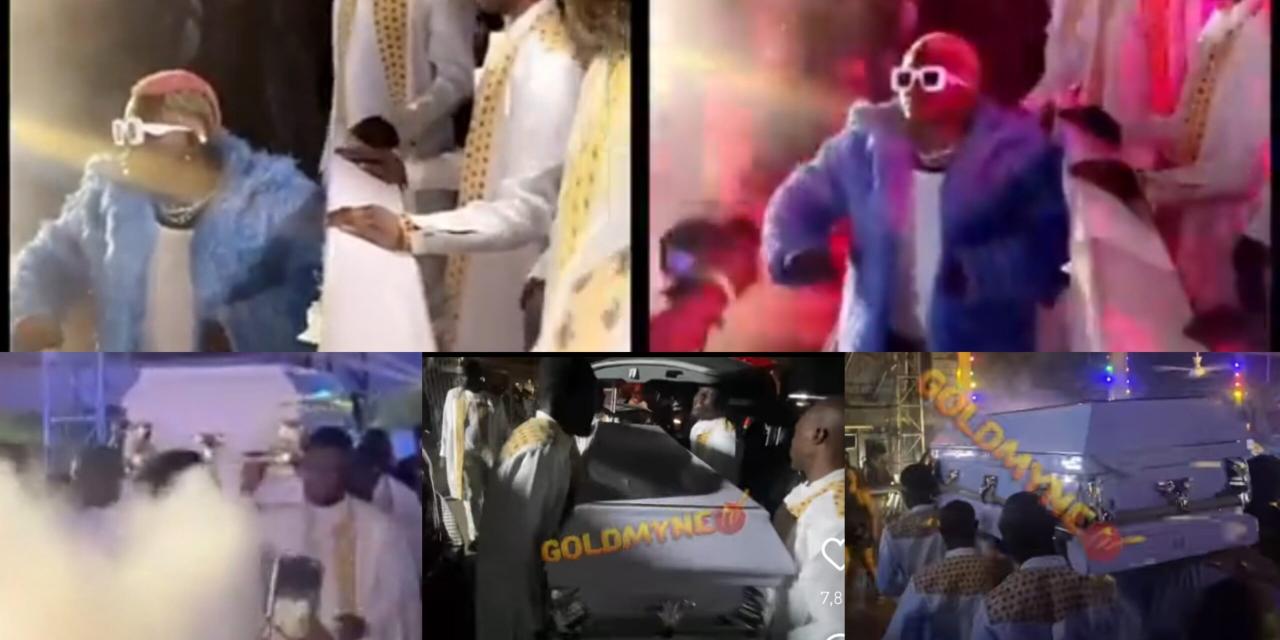 Controversial singer, Portable has once again gotten the internet talking with his dramatic entrance to his concert in a coffin.

The singer, on Wednesday night, December 28th held his Portable Live in Concert at African Shrine.

The highlight of the night was when the father of four arrived stage in a coffin. In the video, Portable could be seen entering a coffin as he was been transported to the stage .

Kuku Do Ritual Lyrics by Portable

Kuku Do Ritual Lyrics by Portable Portable delivered a new track entitled ‘Kuku Do Ritual.’ RECOMMENDED FOR YOU NaijaChoice Reformed: The Server Crash | Data Loss and Everything you should know LIVE STREAM: Big Brother Titans […]