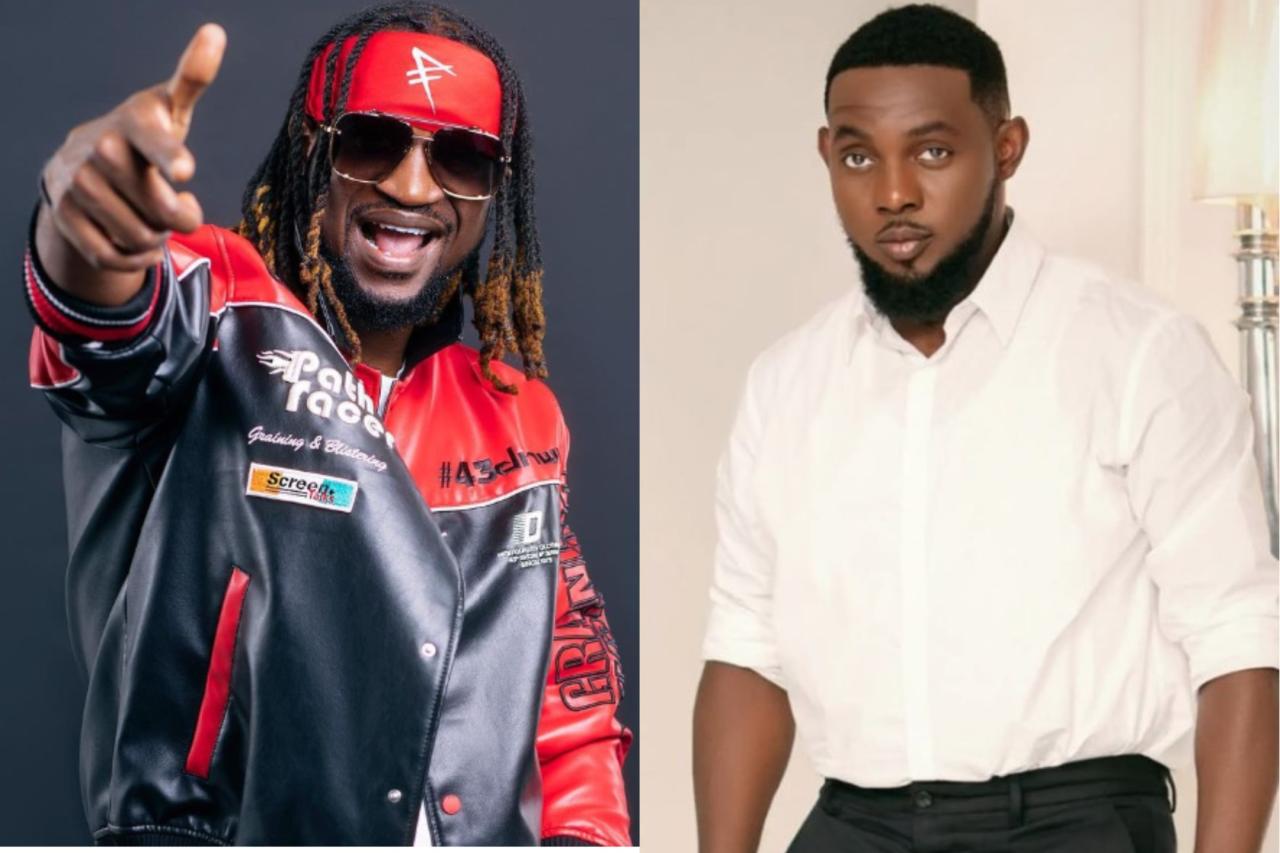 Paul Okoye of P-Square has advised comedian, Ay Makun to indicate where he belongs in the 2023 general election.

The box office king called on Nigerian youths to be more politically aware while asking where their PVCs will lead them.

The father of two went on to twerk the names of well-known presidential candidates in his caption while reposting his tweet on Instagram, an act which clearly doesn’t state who he is throwing his weight behind.

His caption reads: “Can your level of Atikulation to this question be traced to your senses of Obedience in saying “EMI lokan”.

Responding to AY’s tweet, Paul Okoye told him not to stand on the fence.

The father of three wrote: “Bro make una no dey stand for fence”.

Ay however didn’t take Paul’s comment with a pinch of salt as he threw back a likely provocative comment almost immediately.

He wrote: “@kingrudy some of do pass you for this matter. If you no know, ask questions, you get my number.

It is worth noting that, unlike Peter and Paul Okoye who have publicly declared their support for Labour Party Presidential Candidate, Peter Gregory Obi , Ay has remained mum about his choice of candidate. 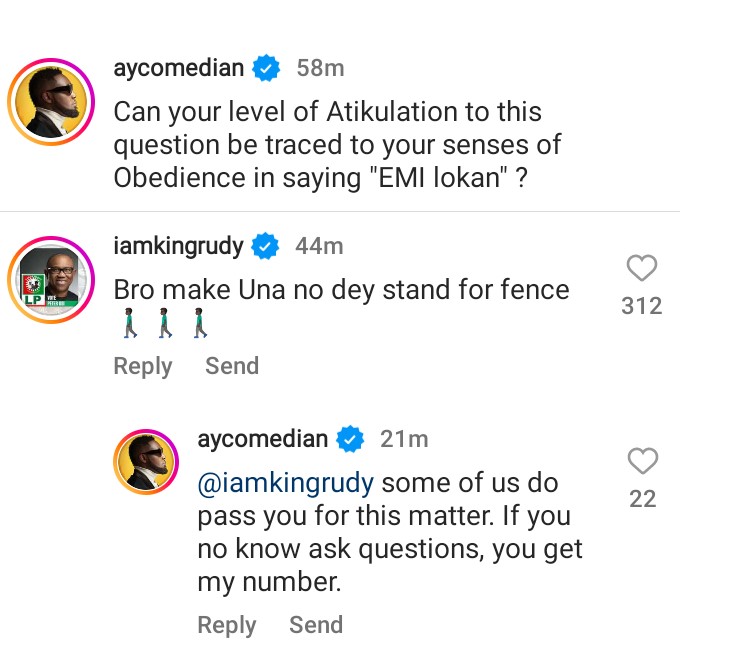