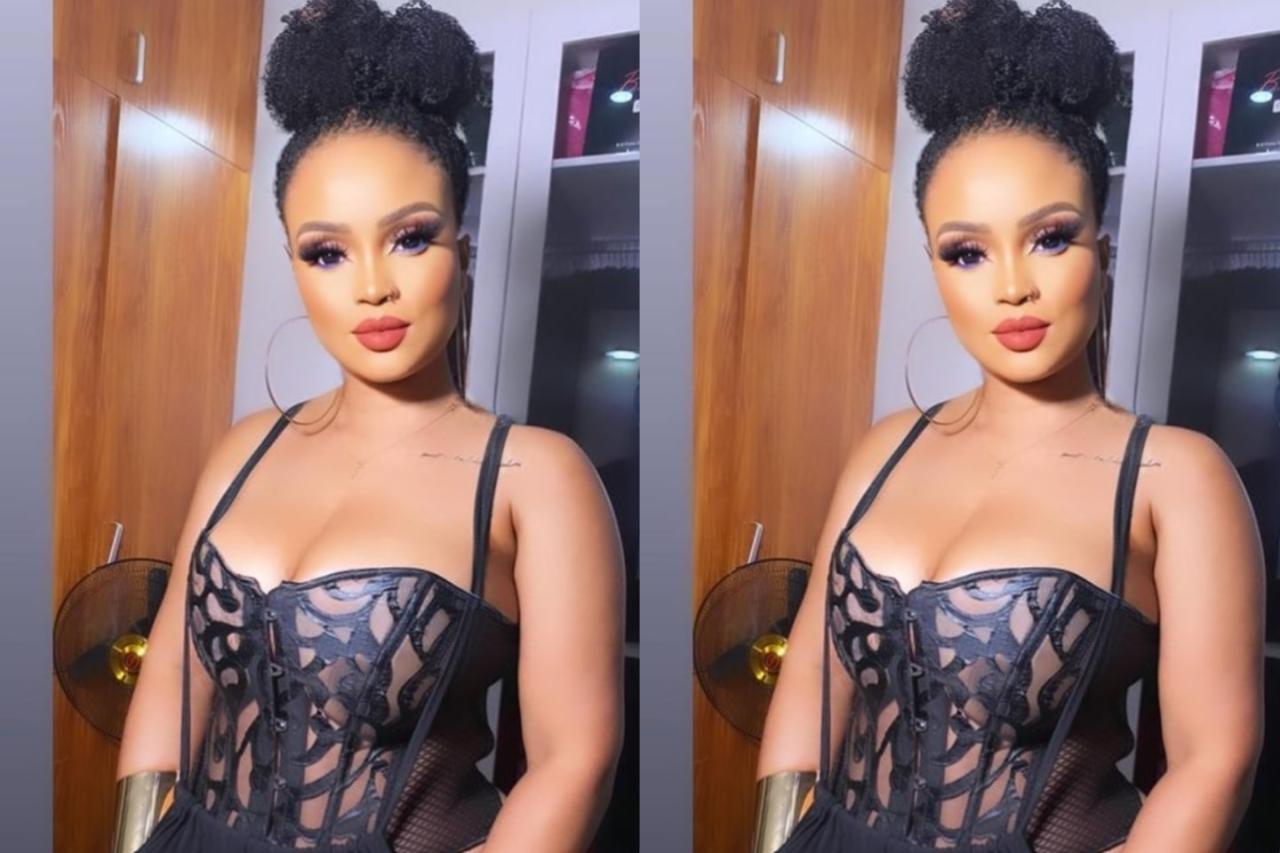 Maureen Esisi, the ex-wife of Nollywood actor, Blossom Chukwujekwu has publicly called for the life imprisonment of gay men in Nigeria.

Maureen who was married to Blossom Chukwujekwu for three years took to her Instagram page to react to the online drama that ensued between American model , Fancy Acholonu and her ex-husbandâ€™s colleague, Alex Ekubo.

Fancy in an interview revealed that her ex-fiance never got intimate with her during the period of five years that they were together.

Fancy spilling her truth has got Nigerians talking as many speculated that Alex and some men in the Nollywood industry are gay but still go ahead to marry and have children in order to hide under a shadow.

Reacting to the drama making rounds, Maureen shared her two cents. she said if the government canâ€™t legalize gay, a stiffer penalty, like life imprisonment should be melted on men who practice it and deceive women.

The Influencer and fashion designer further stressed that gay men marry women, trap, manipulate, traumatize and eventually divorce them and move on to the next victim while they act like holy innocents.

She wrote: If the Presidency/Nigeria canâ€™t find it NECESSARY to LEGALIZE BEING GAY, so that these mFs can live their lives normally then there should also be a Gigantic Penalty for the Monsters who knowing their sexuality, still go ahead to marry/Trap their opposite sex (victims), refuse them their primary responsibility, heavily Manipulate them and shatter their mental health and self-worth.. traumatize them heavily then divorce them only to run along to the next victim and act like they done nothing wrong.

It shud be Life Imprisonment!!!!! NB: And it be the Self-Acclaimed Jesus Babies doing this Shit!!!! All the darn time!!! 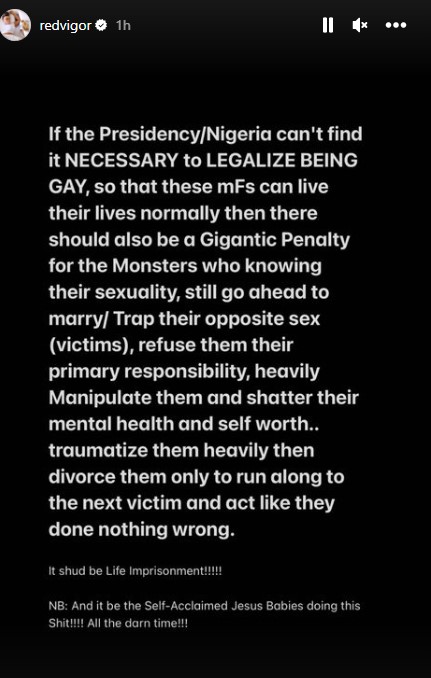