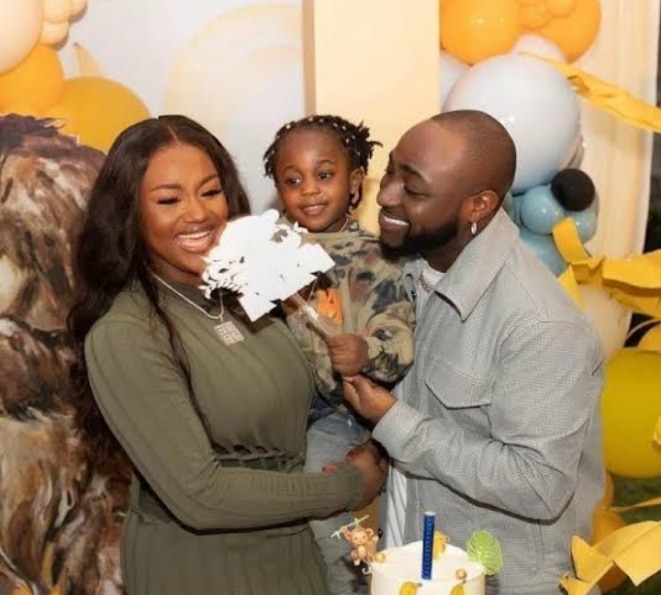 A Nigerian lady identified as @e4maa15 has advised Davido and his lover, Chioma , to issue an official statement about the sad demise of their son, Ifeanyi.

In a post shared via Twitter, the lady claimed that the couple ‘moved on like nothing happened’ and advised them to make a statement to dispel the rumours surrounding the late toddler’s death.

“I feel like Davido and Chioma should have issued an official statement about their son’s death instead of carrying on with their lives like nothing happened.

“There has been a lot of whispers and conspiracy theories surrounding little Ifeanyi’s death and I feel like making an official statement or something will help dispel most of it.” 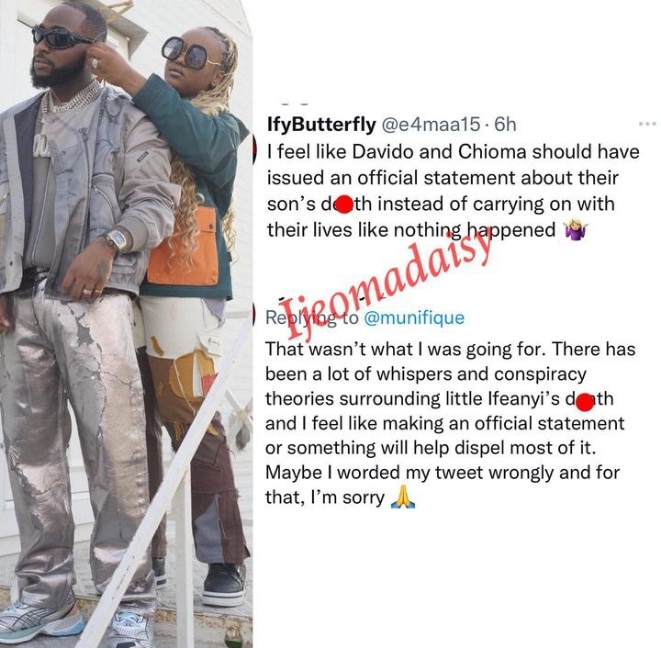