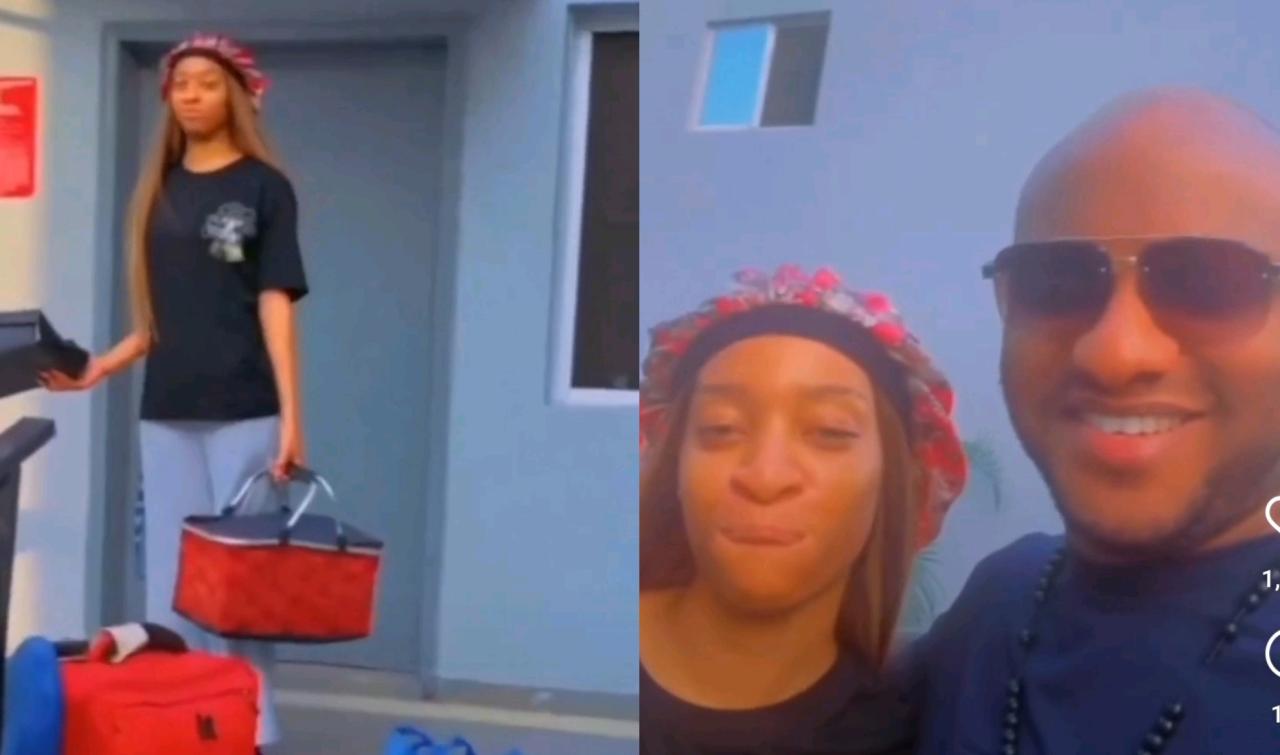 Famous movie actor and producer, Yul Edochie, has continued to prove that he is a dotting father to his children, despite his soured relationship with their mother, May.

The excited father of five via his Instagram page revealed that he dropped his daughter off to the university and it make him happy.

“Dropped off my daughter in school, such moments are always emotional for me.”

This comes shortly after the actor revealed that he is fond of his teenage son, Karl Yul Edochie.

In a Facebook post, Yul Edochie hinted that his third child did something recently that gave him ‘one of the best feelings ever.’

Describing his son as ‘correct boy’, Yul explained the young champ called to check and ensure he was fine the previous day as he had stayed out quite late.

The proud dad, touched by Karl’s affection and care for him, professed love for his son.

He shared a photo with his arm around this son’s shoulder and captioned it: “I stayed out late yesterday and my 14yr old son Karl called me to check up on me and be sure I was safe.

“It gave me one of my best feelings ever. Correct boy. Love you son.”

Reacting to the video of Yul and daughter having a lovely moment after he dropped her off in school, Zobicsfashionhouse wrote: “I love the way you love your children, keep it up.”

Estherbright_2020 wrote: “Children are gift that gives this kind of joy that no other thing can. May God continue to bless you abundantly for how you take care of your kids.”