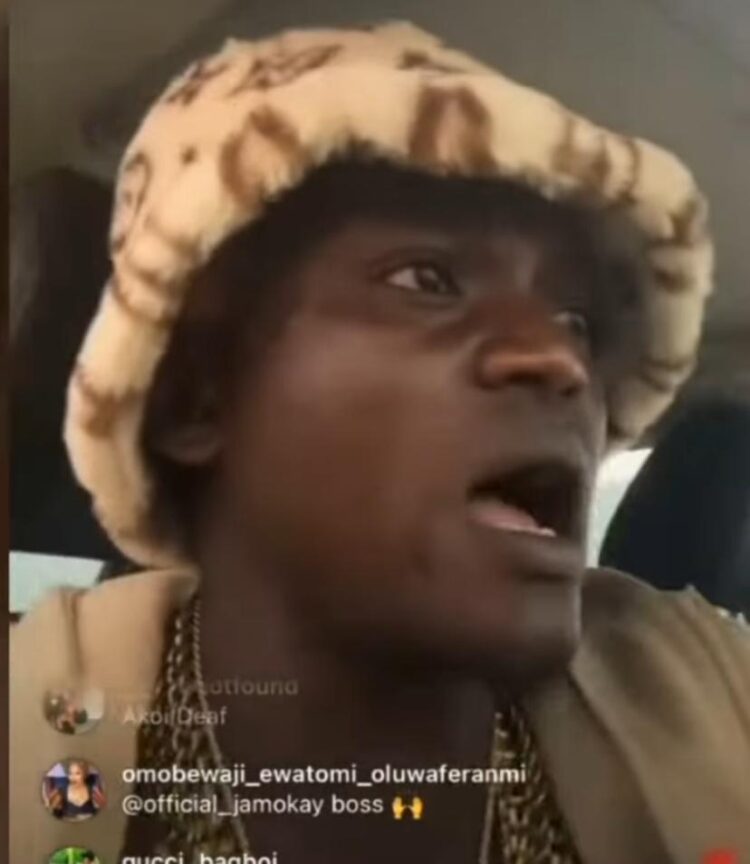 Popular Nigerian singer, Habeeb Okikiola, better known as Portable, has live-streamed himself as he drove against traffic in Lagos.

The singer claimed that his fans gave him the idea to drive against traffic and it was a good one.

He lamented about the traffic in Lagos while going smoothly on the wrong lane.

Nigerians reacted to his video and wondered why someone of his status would commit a crime and film it.

Read some reactions to his behavior here;

Uche Maduagwu wrote; “This can only happen in a failed country like Naija, reason why we need Peter OBI Elected. As for Portable, he needs combine church Deliverance with AGBO and Hausa Perfume”

MrFynest wrote; “ Who buy phone give dis boy, does it mean dat dis boy no get anyone way de give him advice, he should be careful before he waste his life oooooooh”