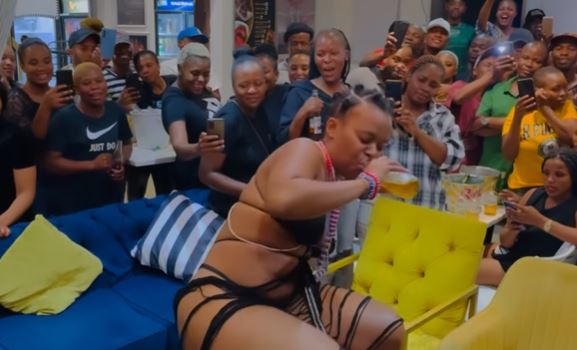 Zodwa Wabantu hints at being available for gigs.

The star appears to be back in business as she shared a video of herself performing Young Stunna’s song.

Wabantu who had issues with various booking agents served her audience the usual menu, as she rocked and got hailed by the people watching her.

Speaking about the issues she had with booking officials; the entertainer refused to pitch for events after being paid.

It became a problem as she refused to refund the money; some of the booking officers lamented to media houses.

However, Zodwa Wabantu made it known last year that she was following her ancestors’ directives.

“Yes, I know Dee. It’s just that I was held back by amadlozi to not go as they needed my attention during that day,” she said.

Zodwa tried apologising to people who she disappointed after booking her.