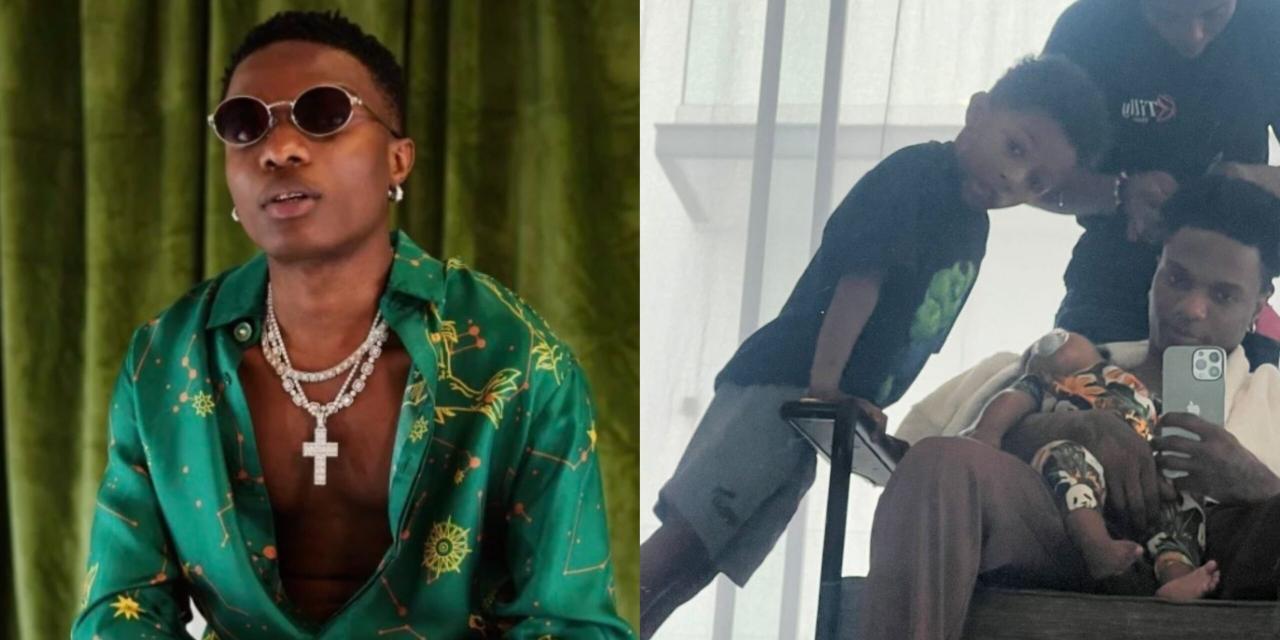 Music star, Ayodeji Balogun better known as Wizkid has shared an adorable photo of him and his sons, who he shares with his manager, Jada Pollock.

The singer became a father of four with the birth of his new son, whose name remains unknown.

Wizkid, who days ago had unveiled his son’s face for the first time, has shared more photo of his son.

Taking to his Instagram story, Wizkid shared an adorable photo of him, his third son, Zion and his newborn. In the photo, Wizkid was seen braiding his hair as he held unto his 5-months-old son. 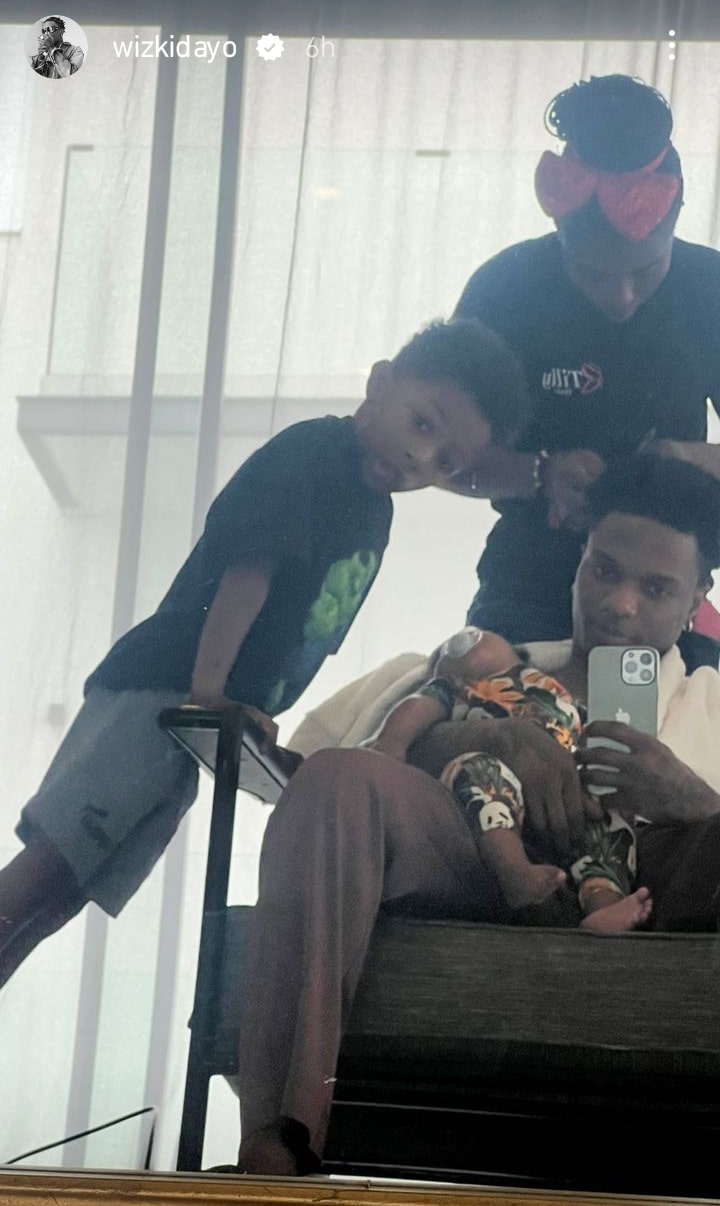 Singer Wizkid finally shows of his second son with his manager, Jada P

Portable, Wizkid, other ‘controversial’ celebrities in 2022