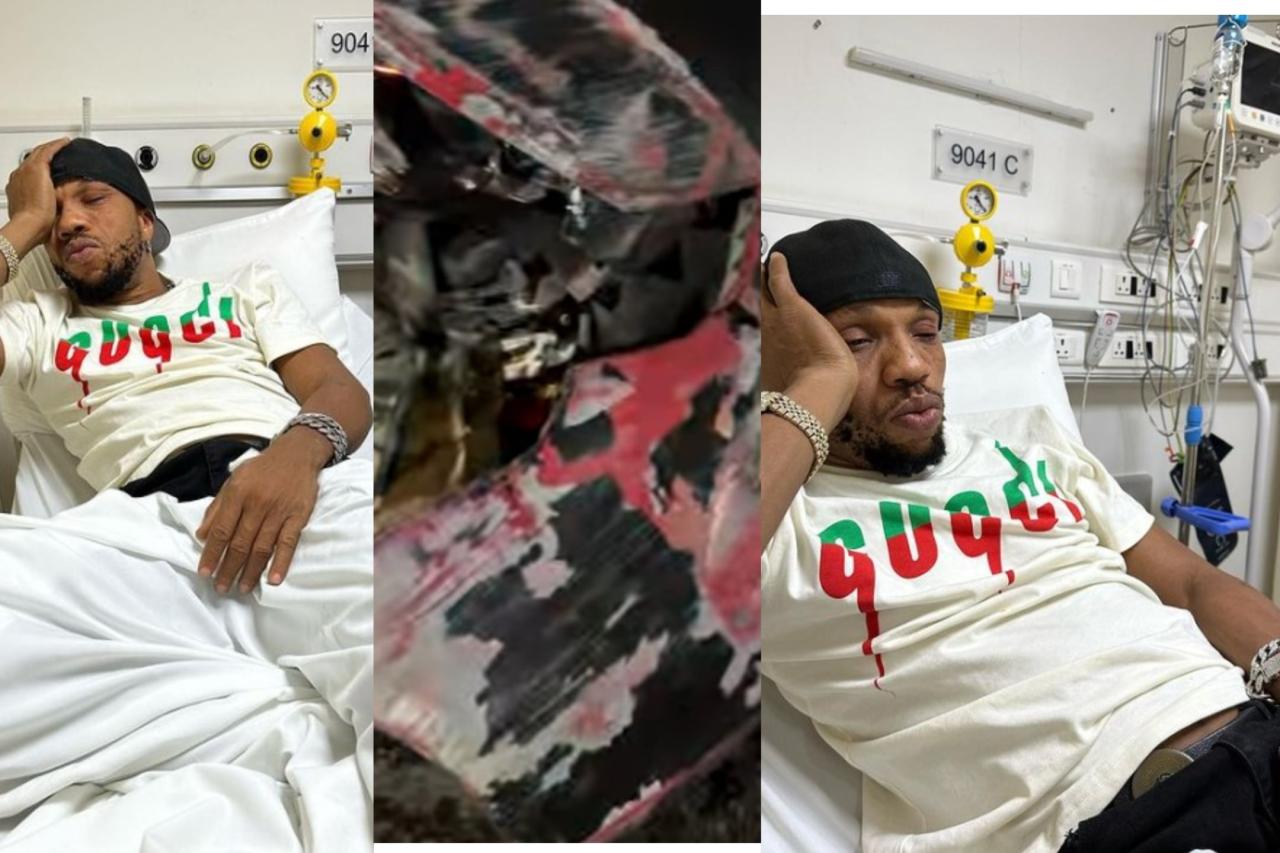 Nollywood actor, Charles Okocha has been discharged from hospital following his car accident.

NaijaChoice Media reported days back that Charles Okocha had penned a note of gratitude to God after surviving a car accident.

The entertainer who is best known for his mannerisms and style in movies took to his Instagram page to share pictures of him on a hospital bed. He also short video clips from the accident scene.

Charles expressed gratitude to God for saving his life after he was involved in a car accident on the Third Mainland bridge on Sunday night, 15th January.

He wrote: ” Thankful for life. Was involved in a car accident on 3rd mainland bridge last night but GOD DID!!! We Asaaaaa still”.

In a new update, the actor has finally been discharged from hospital.

A video posted online, showed the ever bubbling actor leaving the hospital.

“First it was a SITUATION.. shii now we are out to a LITUATION shiiii! We Asaaaaaaa!!”.