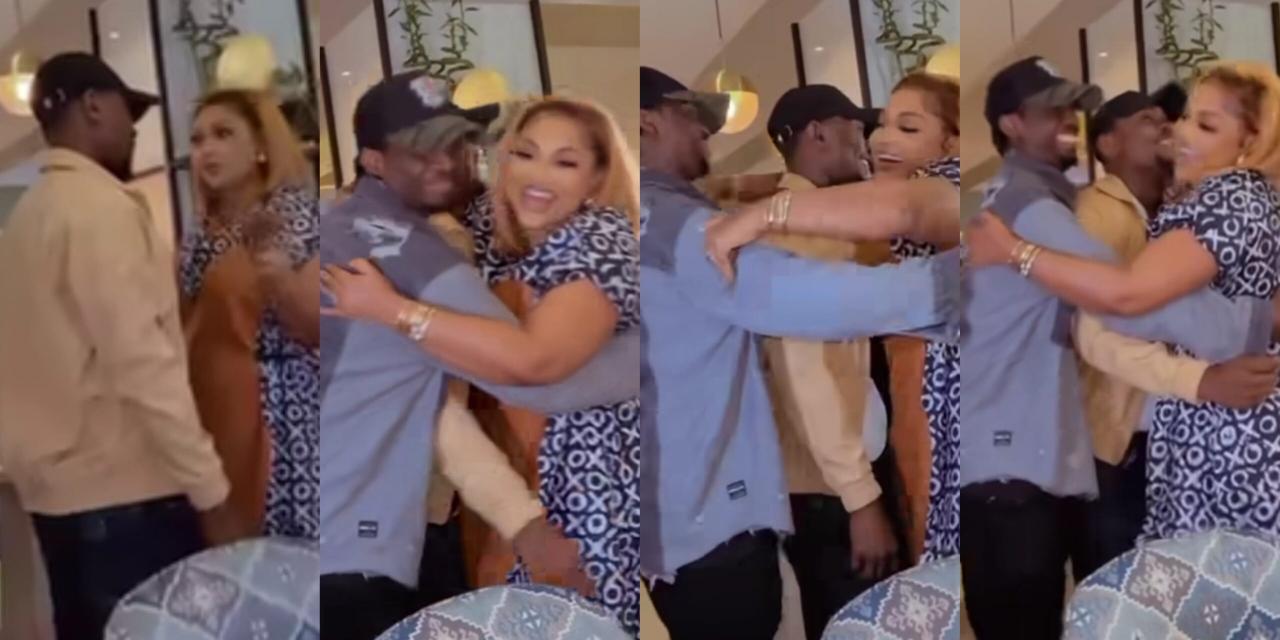 The two had a fall out on the show after Eloswag failed to saved Pharmsavi who was up for nomination.

Recall that Pharmsavi had bragged to the housemates that Eloswag would save him if he comes up for eviction.

Unfortunately, Eloswag, who was at that time the Head of House, let him down, when he refused to use his veto power to save him from eviction.

Playing the role of a intermediary, Mercy Aigbe reconciled the former friends together. A video making rounds showed her hugging Pharmsavi as she called for peace to reign between the two.