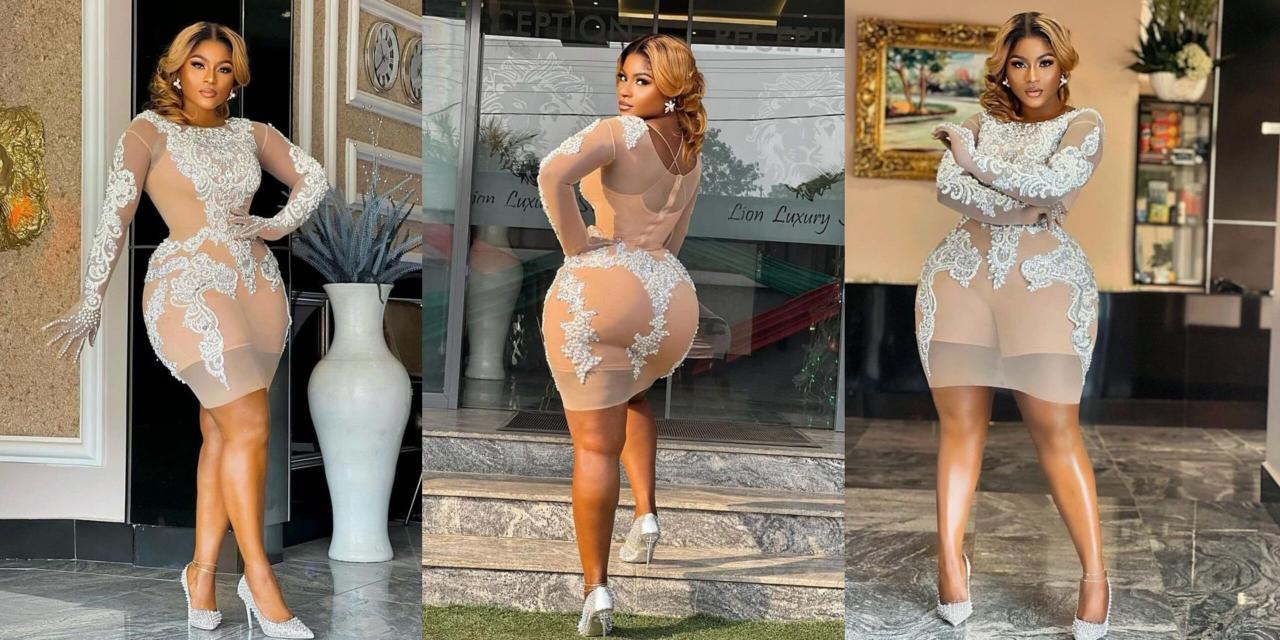 It is no longer new to see Nollywood actress, Destiny Etiko getting dragged for her poor fashion sense.

The talented movie star and producer, is currently under heat over her outfit to colleague, Nkiru Sylvanus’s white wedding.

The movie star held the final leg of her wedding, white wedding on Sunday, January 15th. Destiny Etiko, who was one of the celebrities at her weddin had wore a sheer dress to the event. Her choice of outfit didn’t sit well with many netizens as her underwear was in full glare.

Reacting to it, many took to comment section to once again drag the actress for her poor fashion sense.

One Jedi the black barbie wrote, “To be honest her fashion sense is poor she needs a stylist

One sister miracle wrote, “She nor sabi dress, nakedness everytime

One Maa Meyaa wrote, “Her fashion sense is always zero…but I love her acting thou

One official diamond wrote, “She dey dress well for movies but I don’t know why she dresses like this out of set

One Presh wrote, “She should try step up

Destiny Etiko reveals why she vowed not adopt another child