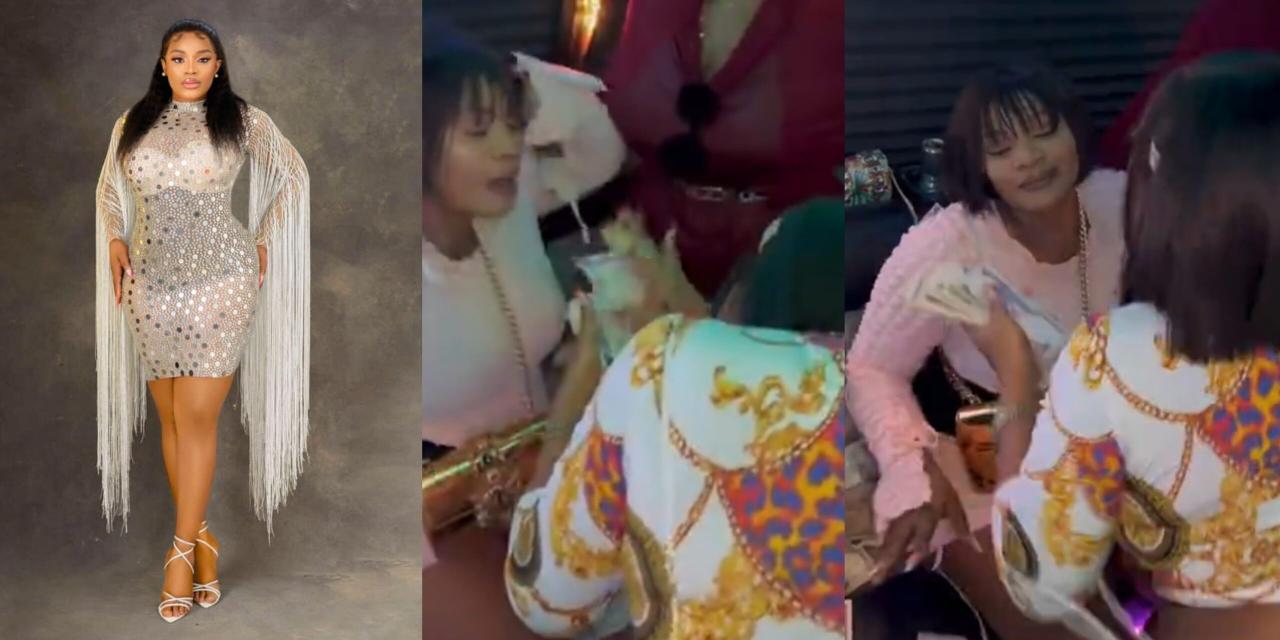 Nollywood actress, Uche Ogbodo has revealed her plans to venture into a new career path.

The newly married, was left quite quite ecstatic over the millions she made from stripping at her bridal shower.

The actress, who is still basking in the euphoria of her bridal shower, revealed that she made over 2 million from pool dancing for her friends.

Seeing how lucrative stripping is, Uche Ogbodo revealed that she is pondering on switching careers.

“Rich girls don’t care. My trad shower was crazzyyyyyy. I made over 2M last night from just pool dancing for my friends.

“The right person is out there” – Few days after getting married, Uche Ogbodo issues marital advice to single ladies and mothers