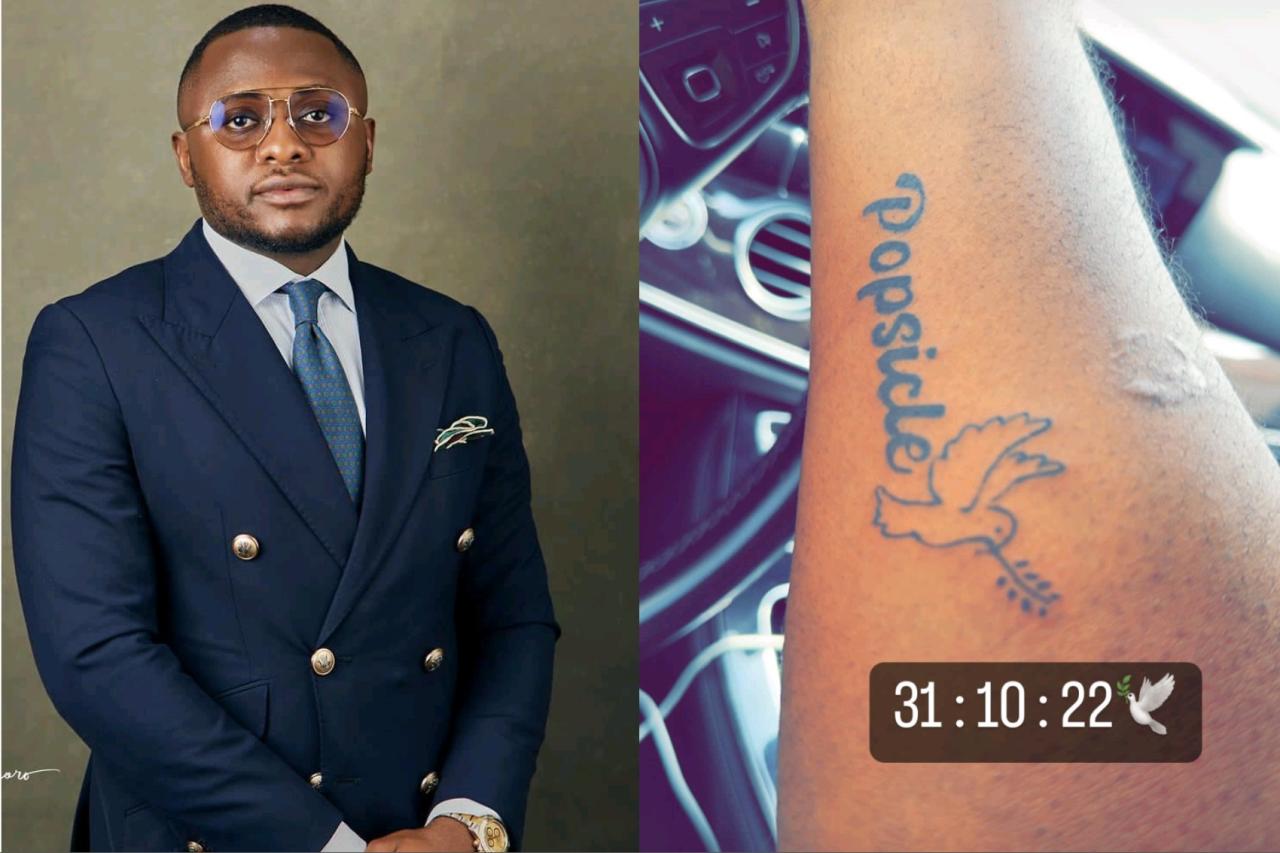 The music executive took to his Instagram stories to share a picture of the tattoo with Ifeanyi Adelekeâ€™s nickname â€˜Popsiclesâ€™, and a dove bird which signifies â€˜Rest in Peaceâ€™. Sharing it, he indicated Ifeanyiâ€™s death date.

The passing of the young champ sent the country into a shock wave as many prayed for the news to be false.
Consequently, Ifeanyiâ€™s death halted his fatherâ€™s musical plans. However, it fast tracked the conjugal bliss between Davido and Chioma following the burial rites to be conducted on son.