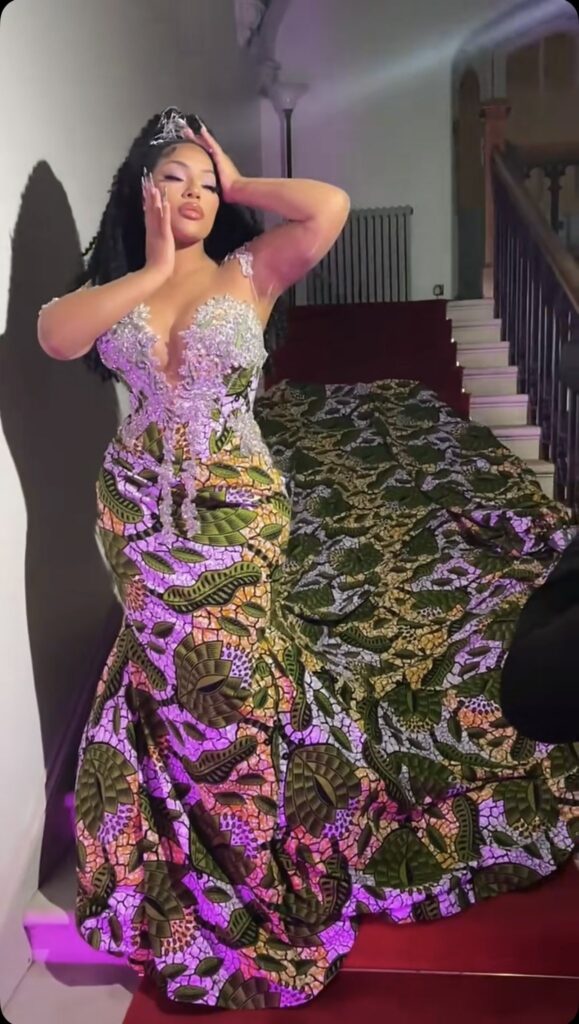 Stefflon Don , a British rapper and ex-girlfriend of Nigerian singer, Burna Boy, has reacted after she was heavily criticized for throwing an African-themed birthday party despite not being an African.

The rapper, who is of Jamaican descent, turned 31 on Wednesday, Dec 14, and organized a party tagged “Afroroyal” over the weekend to celebrate her new age.

Stefflon Don donned two regal Ankara outfits at the event, in line with the theme, to mark the special occasion.

However, this didn’t go down well with some people who dragged the singer to filth for pretending to be African when she’s clearly not black.

Reacting to the backlash, Stefflon Don took to her
Instastory after the event to say she’s not pretending to be black because she’s black, and told people to go and and learn about their cultural history before coming out to drag her.

She wrote,
“It’s time to hop off the white mans*** and get to know and love our selves for once

I have been tired for years.

Please gain some knowledge about self and pass it on to your kids.

They need it more than ever.

Let’s break this curse for once and get back to being free and Happy!” 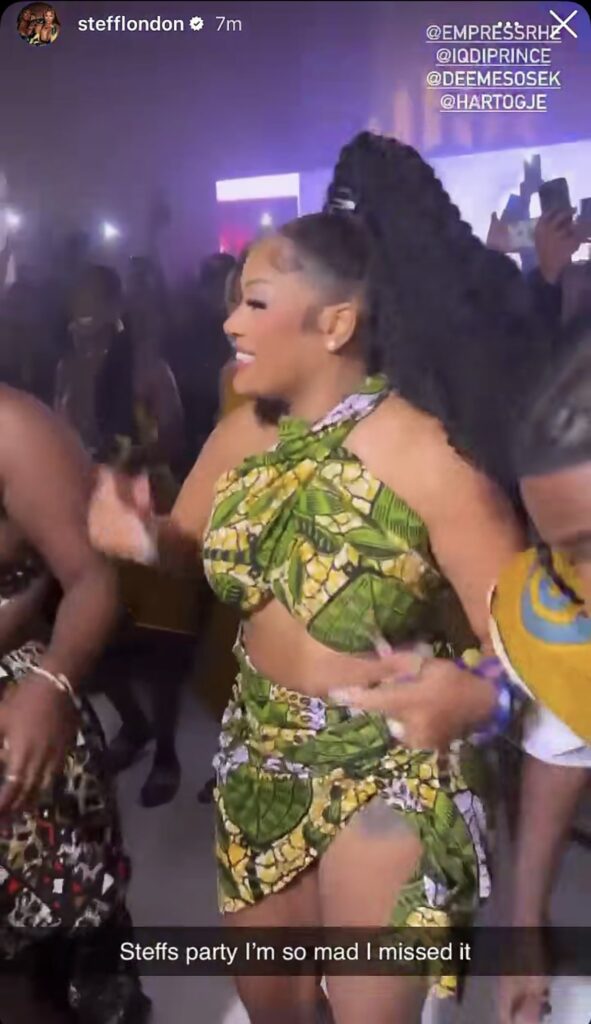 She further stated that she will throw another African-themed party next year to spite her haters. 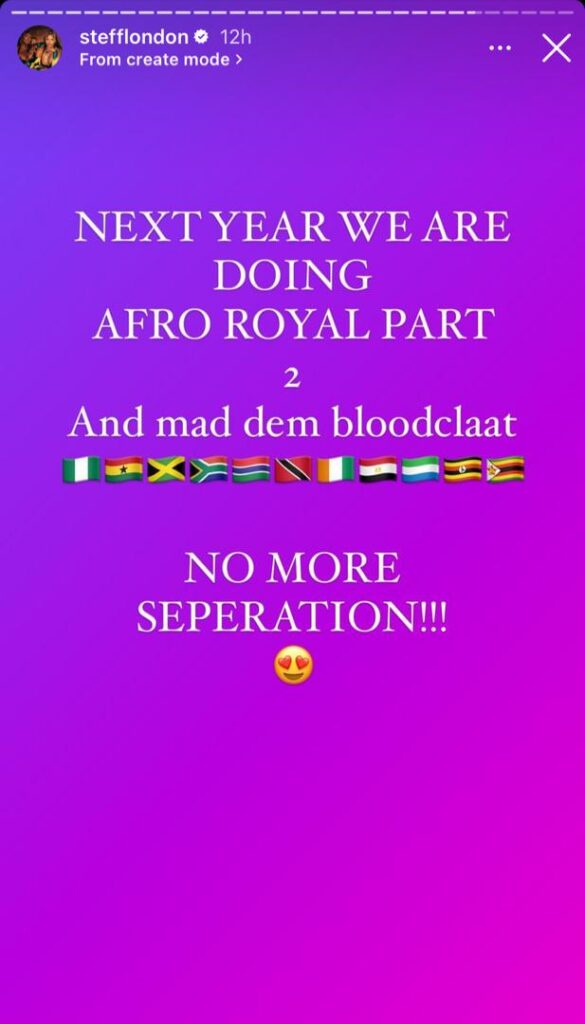 Rema’s “Calm Down” beats Burna Boy, Kizz Daniel videos to become the most viewed video in 2022