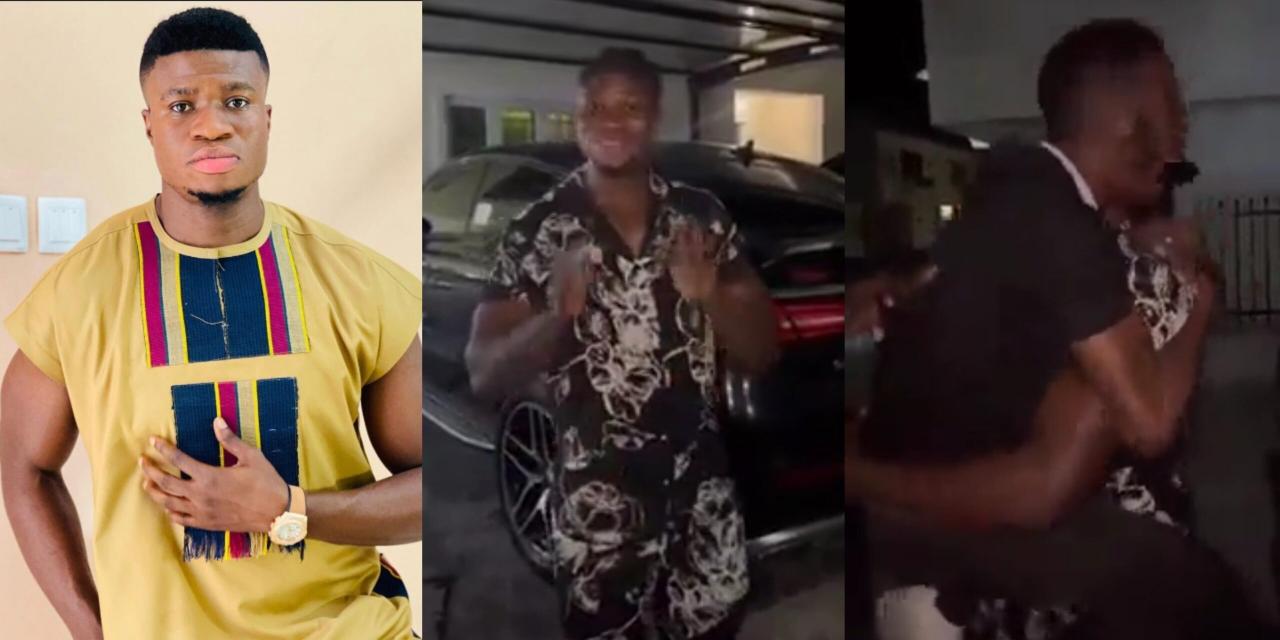 Skitmaker, Isaac Junior better known as Zics Aloma has surprised his friend with one of his old cars.

The popular content creator has made his friend and colleague, MaxCrony happy and a proud car owner.

In the video he posted online, Zics Aloma revealed that he promised to give out his one of old cars to any of his friends, of God would give him his dream car.

Since his dream has been fulfilled, the skitmaker had to redeem his promise by giving out one of his cars.

MaxCrony, who couldn’t believe his new fortune, expressed gratitude to the skitmaker for the life changing gift.