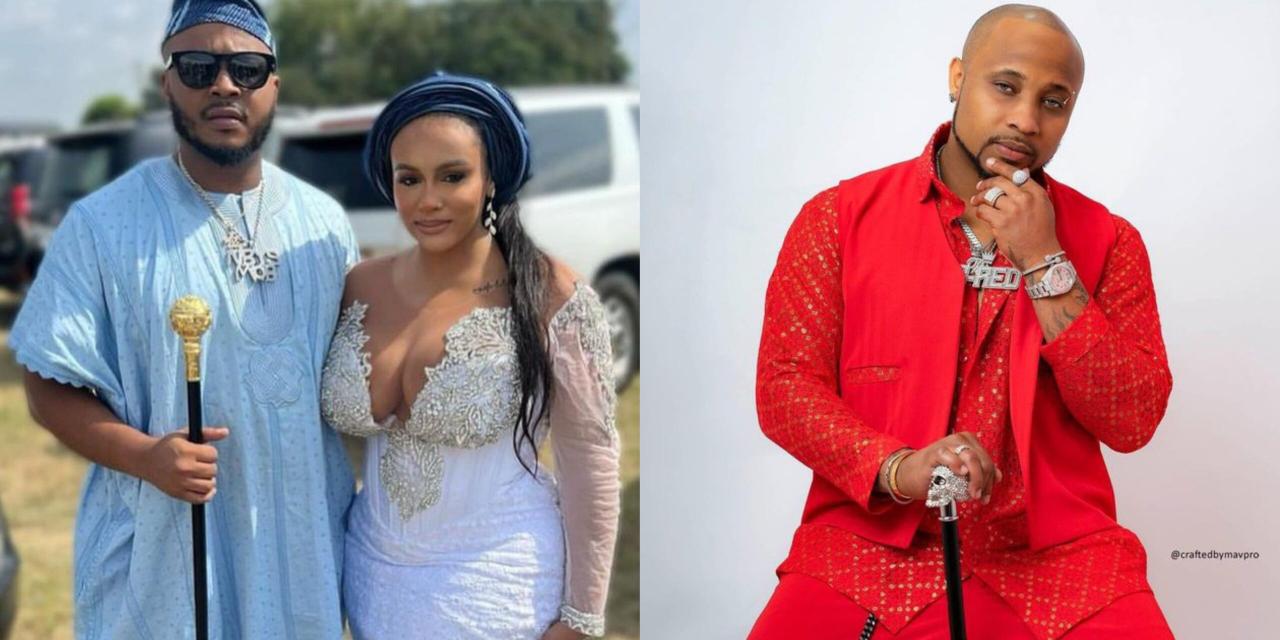 Korth Adeleke, the estranged wife of Sina Rambo is clearly not done exposing the Adelekes family, as she makes B-Red her next target.

Choosing war with the Adelekes this year, for their poor treatment of her, Korth shifted her attention to B-Red, Sina Rambo’s younger brother. Recall that Korth had earlier dragged his sisters for intervening in her marital issues and for abetting Sina Rambo’s crimes.

Exposing B-Red who shaded her for dragging his brother, Korth shared a screenshot of his police record.

From the screenshot she posted online, the singer had once been arrested for shoplifting. Surprisingly, Korth had since deleted the screenshot after Sina Rambo posted a video of him face timing his daughter, who he shares with Korth.

There was so much trouble for the Adelekes late last year, as the wives of both Sina Rambo and B-Red called things quit with them. 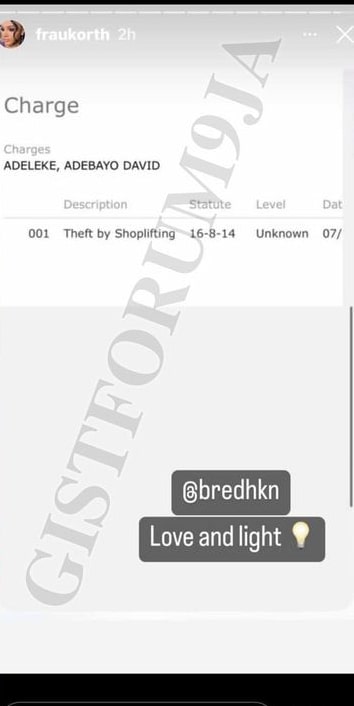 “If anything happens to my daughter, hold him responsible” – Korth Adeleke’s Mother calls out Davido for threatening her daughter

“God will punish you, Dirty Girl” – Heidi Korth calls out Sina Rambo and the Maid he was allegedly having an affair with