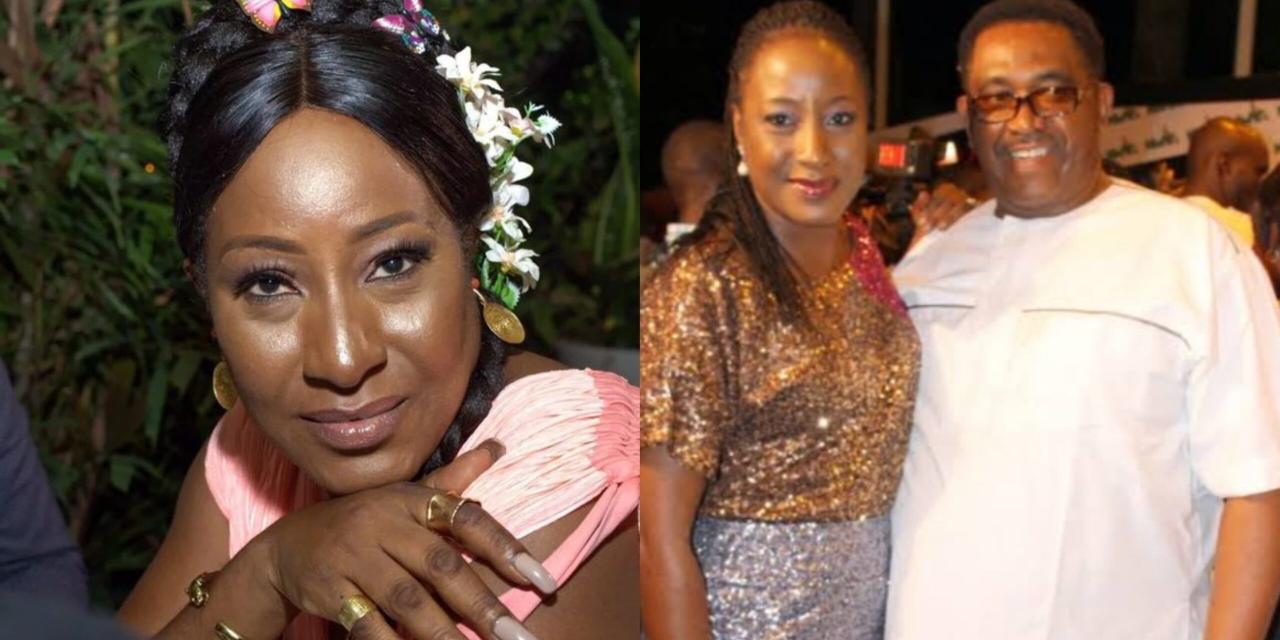 Nollywood actress, Ireti Doyle, who has been in the news this weekend after confirming her crashed marriage, has opened up on why she still bears her husband’s surname

In a Twitter interaction with netizens, Ireti Doyle defended her choice of keeping her husband’s last name. She stated that the name ‘Ireti Doyle’ is how hers as it’s a name that is nearly 30years in the making.

The fan had inquired, “Please why still putting the name Doyle?”

Ireti replied, “Ireti Doyle is a name that is nearly 30 years in the making. It’s my mine”. 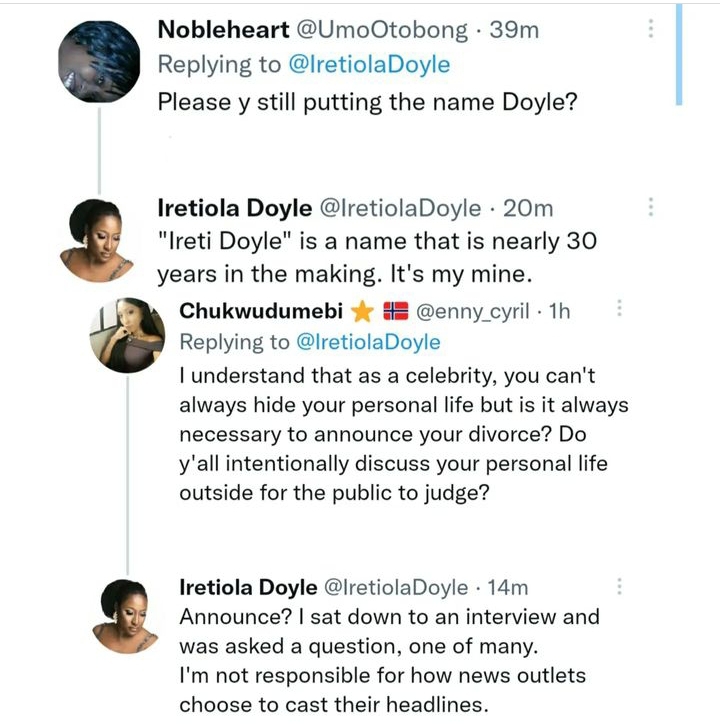