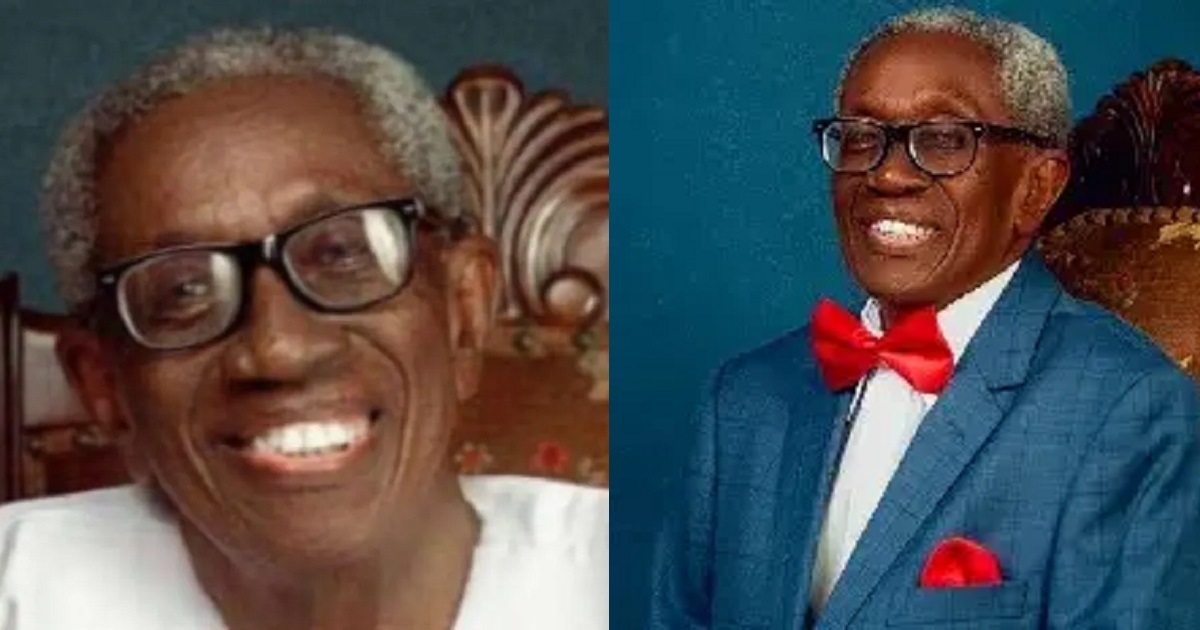 Assistant General Overseer of the Redeemed Christian Church of God (RCCG), Prof. Folagbade Aboaba has passed on at the age of 90.

He was one of the closest allies of the General Overseer of the Redeemed Christian Church of God, Pastor Enoch Adeboye.

According to a statement by Prof Folarin Alonge who confirmed the news, the late scholar was one of the founding fathers of the institute and was always passionate about the growth of Agricultural Engineering and mechanisation in the country.

“One of our Fathers in the profession, Prof. Fola Aboaba, has gone home. He was a Professor of Professors of Professors.
Prof Folagbade Olajide Aboaba was an Emeritus Professor of Agricultural Engineering at University of Ibadan and the Pioneering Dean of the Faculty of Technology (1976-1982). I was privileged to be taught by him at both undergraduate and Masters class. He was a mentor to several people and professors.
He was the Executive Secretary of Committee of Vice Chancellors of Nigerian Universities (1992-1998). He was the founding Pro Chancellor of Redeemers University (2005-2013). He was the Chairman of Governing Council of Federal Institute of Industrial Research Oshodi (FIIRO), Lagos (1976-1979).
He died at the age of 90.
I had a chat with him on Sept 15, 2022, when we were preparing of NIAE conference in Asaba (Delta State). His response to my asking about him is ‘Thank you. Ageing slowly but fine. Glory to God. God bless you’. Baba was a lovely, cheerful and good man.
He was one of the founding members of the NIAE. He played significant role with other fathers in establishment of National Centre for Agricultural Mechanization, Ilorin. He made substantial contributions to the growth of NSAE (NIAE). His last major public lecture he delivered for NIAE was when we were invited to Presidential villa, Abuja in 2004 by the then Vice President. Late Prof John Ohu was the NIAE National Chairman then. He was always interested in hearing the progress NIAE is making.
He was a member of American Society of Agricultural and Biological Engineers (ASABE) as well as Institution of Agricultural Engineers UK.
May his soul find eternal rest in God.”