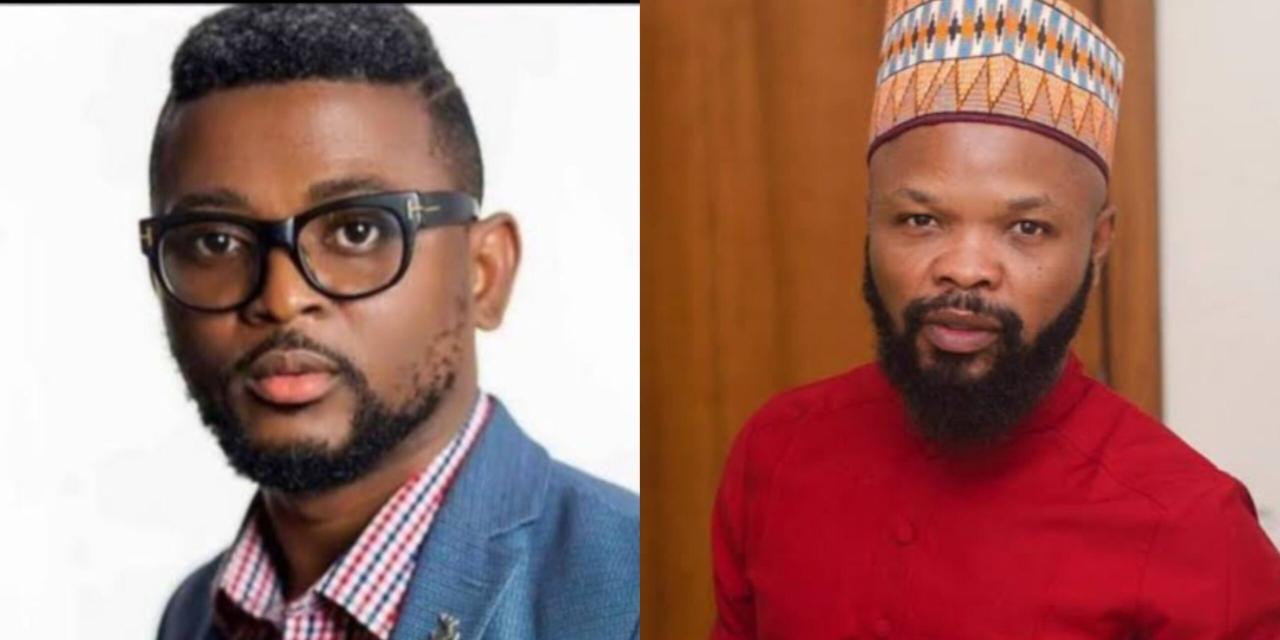 Celebrity PR manager, Samuel Olatunji has called out media personality, Nedu over his statement degrading female celebrities in the industry.

Although, not mentioning names, Nedu hinted that the celebrities are former BBN housemates. According to him, his friend was paid a BBN housemate 3million naira to talk with him and gave her $15,000 after sleeping with her.

He stated that the celebrities expect him to give silence and he respect them enough not to give away their identity.

Nedu disclosed this as he and actor, Kunle Remi pointed out how many celebrities are making money through immoral or illicit ways. Read more here.

In a lengthy post on his Instagram page, Big Sam, as he is fondly called, slammed Nedu for his statement.

He opined that Nedu was trying to tear the credibility of the industry to shred and to project female celebrities has ‘whores.

Big Sam, pointed out how female celebrities like Toyin Abraham, Funke Akindele, Yvonne Jegede and more were making it in the industry without sex for money.

“Seriously, what is @Nedu_wazobiafm saying?

I really don’t get the point Nedu is trying to make. Bro, you just tore the credibility of the industry to shred. You just implied that when we see our ‘favorite female’ influencers doing well. We shouldn’t think they got there by being credible, we should all believe that they are sleeping with your rich friends or some other people’s rich friends. How come you legimately? When you were once top of the influencers’ list. Who were you sleeping with?

With your unguarded statement, you have just thrown majority of female influencers under the bus. You have led many on the path to start thinking, analyzing and speculating.

I am not about the credibility of your story (many have posited you are capping). I am more about you pulling down the whole industry, especially women just to make a point and get the click. You are not even man enough to stand up for girls (I am not saying they are holy) that got dragged into the mess you created…….” 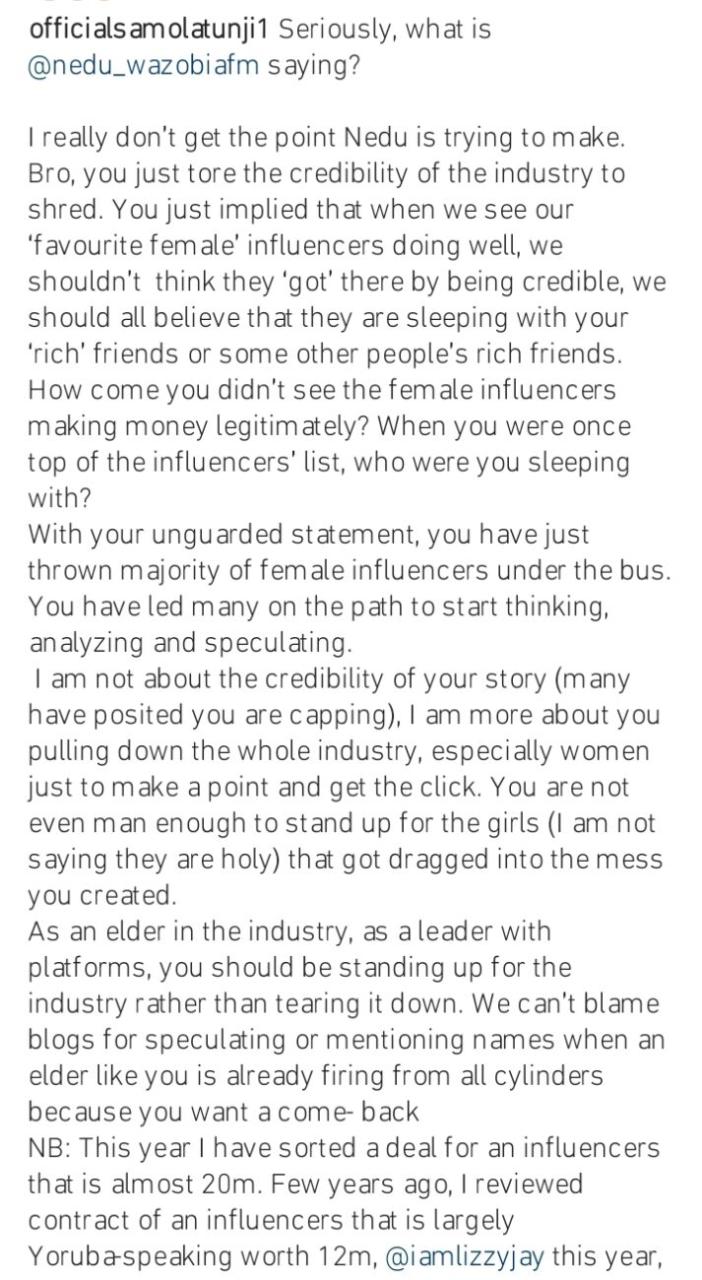