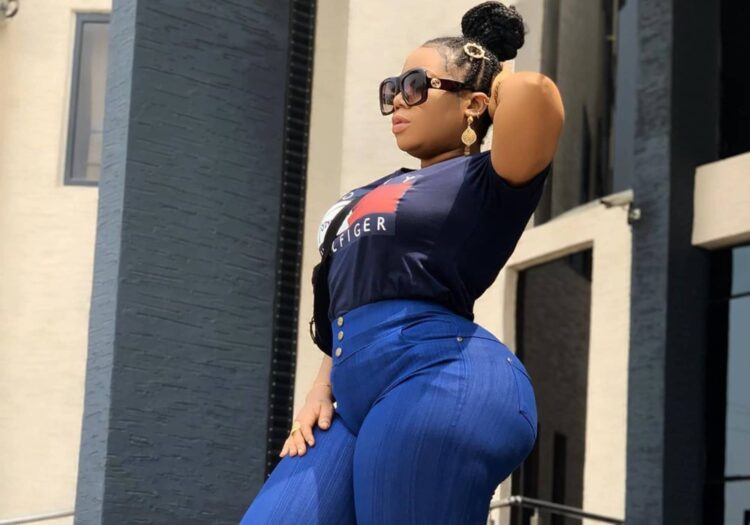 Veteran actress Empress Njamah has been in the news after she cried out online about being blackmailed by a “scammer” who came into her life disguised as a lover.

In an emotional clip, Empress narrated her heartbreaking ordeal at the hands of this fake lover, including how he proposed to her under duress and forced her to make a video showing off the engagement ring, which he shared on her Instagram page.

She narrated how the supposed fiancé came into her life when she was vulnerable and claimed to love her, which she fell for, but unknown to her, he had an ulterior motive.

She claimed he gained access to her accounts, gained control of her house, beat her up, and made intimate videos of her that he has been using to blackmail her.

Amid this, Nollywood actress, Moyo Lawal via her Instagram page on Sunday recounted her encounter with Josh.

She revealed that she met Empress with the now-estranged fiancé some time in October and declared that looks can be really deceiving.

Sharing a throwback photo from the day she met Empress’ ex-lover, Moyo encouraged her to be strong this period.

“Please stay strong, this too shall soon pass, without taking the beautiful parts of your soul. …. PS I can’t believe, I actually met him with you on this day in October. Looks really be deceptive. Please stay strong.” She wrote. “I wish you strength, I wish you justice” – Tonto Dikeh sends message of support to Empress Njamah