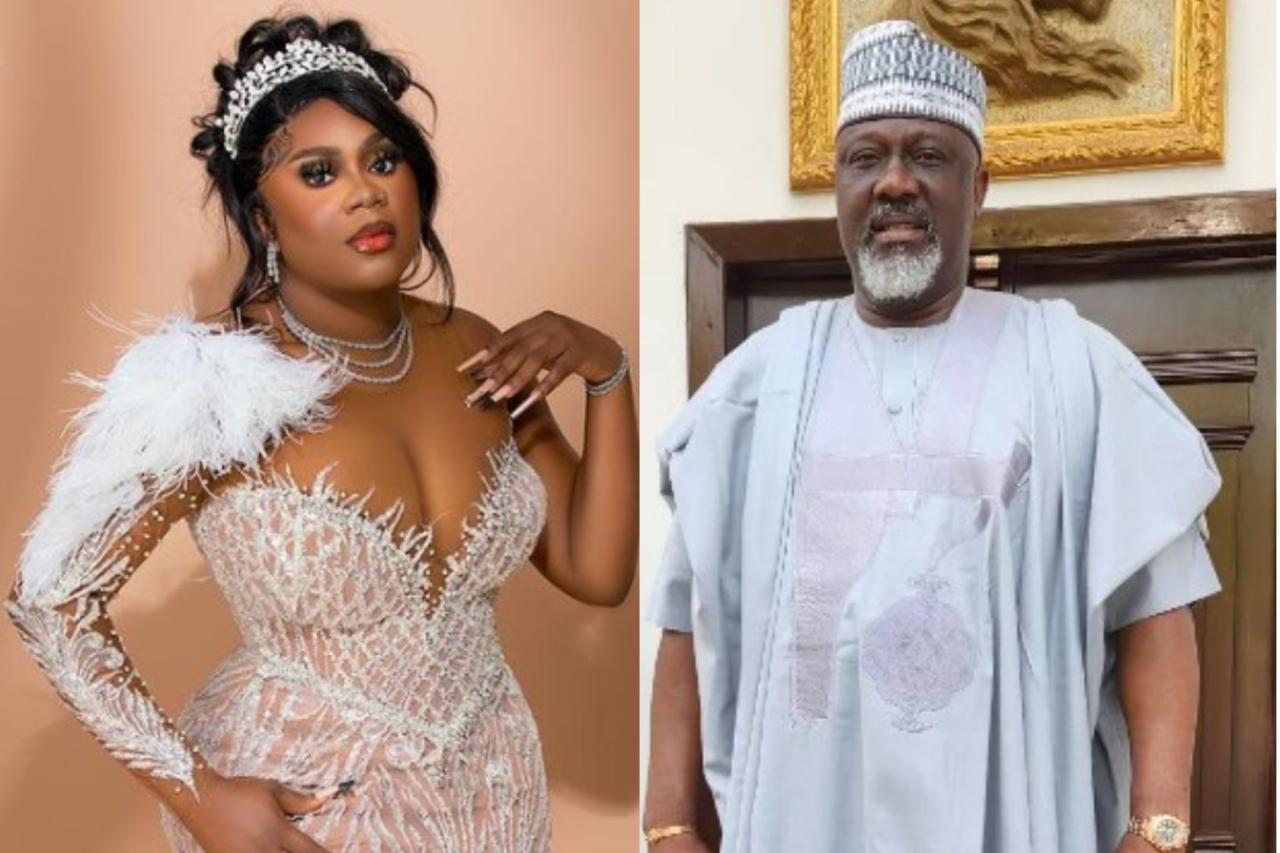 Skit maker, Chinonso Ukah, better known as Nons Miraj, has taken the extra measure to debunk the rounds making rounds that she is being bankrolled by senator Dino Melaye.

Nons Miraj is being fingered in a triangle relationship involving her colleague, Amarachi Amusi better known as Ashmusy .

In a bid to prove her innocence in the alleged relationship, Nons Miraj shared the conversation she had with media personality, Nedu otherwise known as Nedu Wazobia.

In a now-deleted post on her Instagram, Nons Miraj urged Nedu to mention the names of the celebrities he met at Transcorp Hilton Hotel, Abuja because a blogger wants to tarnish her image. She further noted that she wants to get married in 2023 and doesn’t want anything to deter her plans.

Nedu teased Nons Miraj for always showing off as a tough person when she is the opposite. He also advised her to ignore what is being said about her.

Nons Miraj also sent a direct message to the controversial blogger, accusing him of being a liar and tarnishing her image. 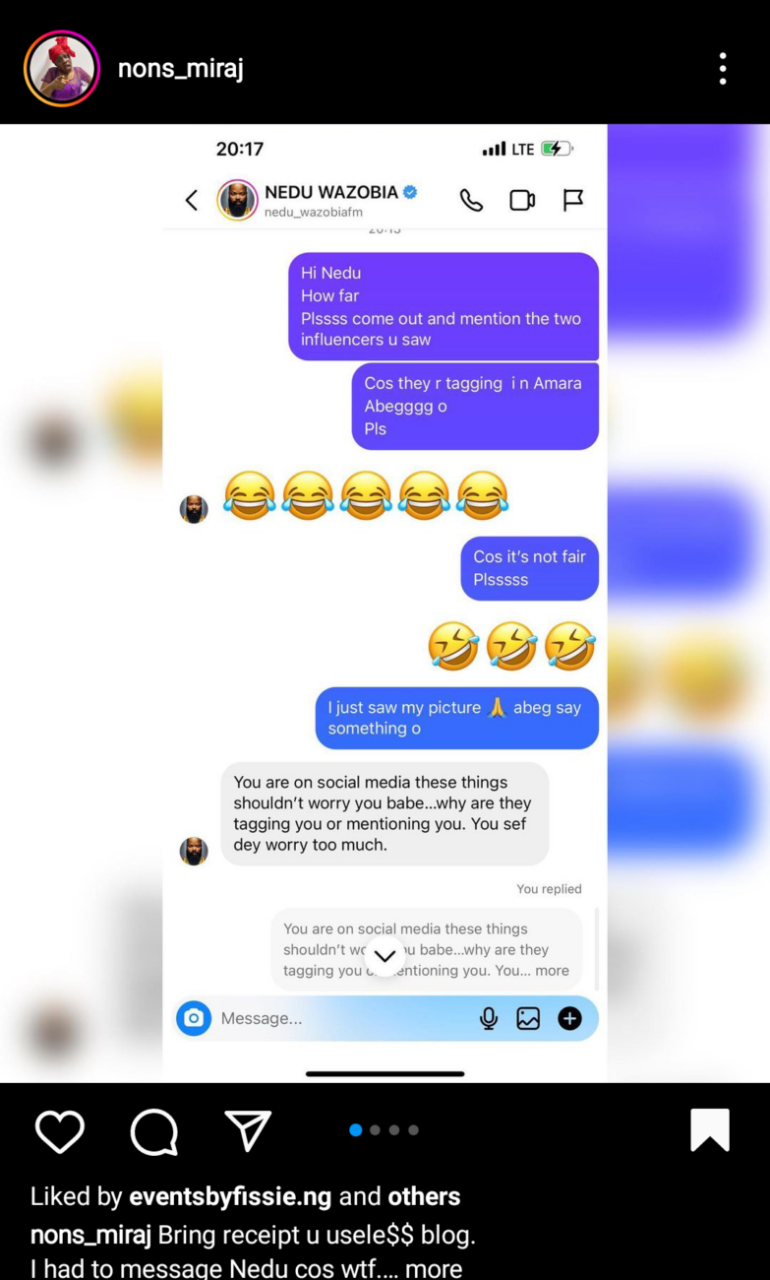 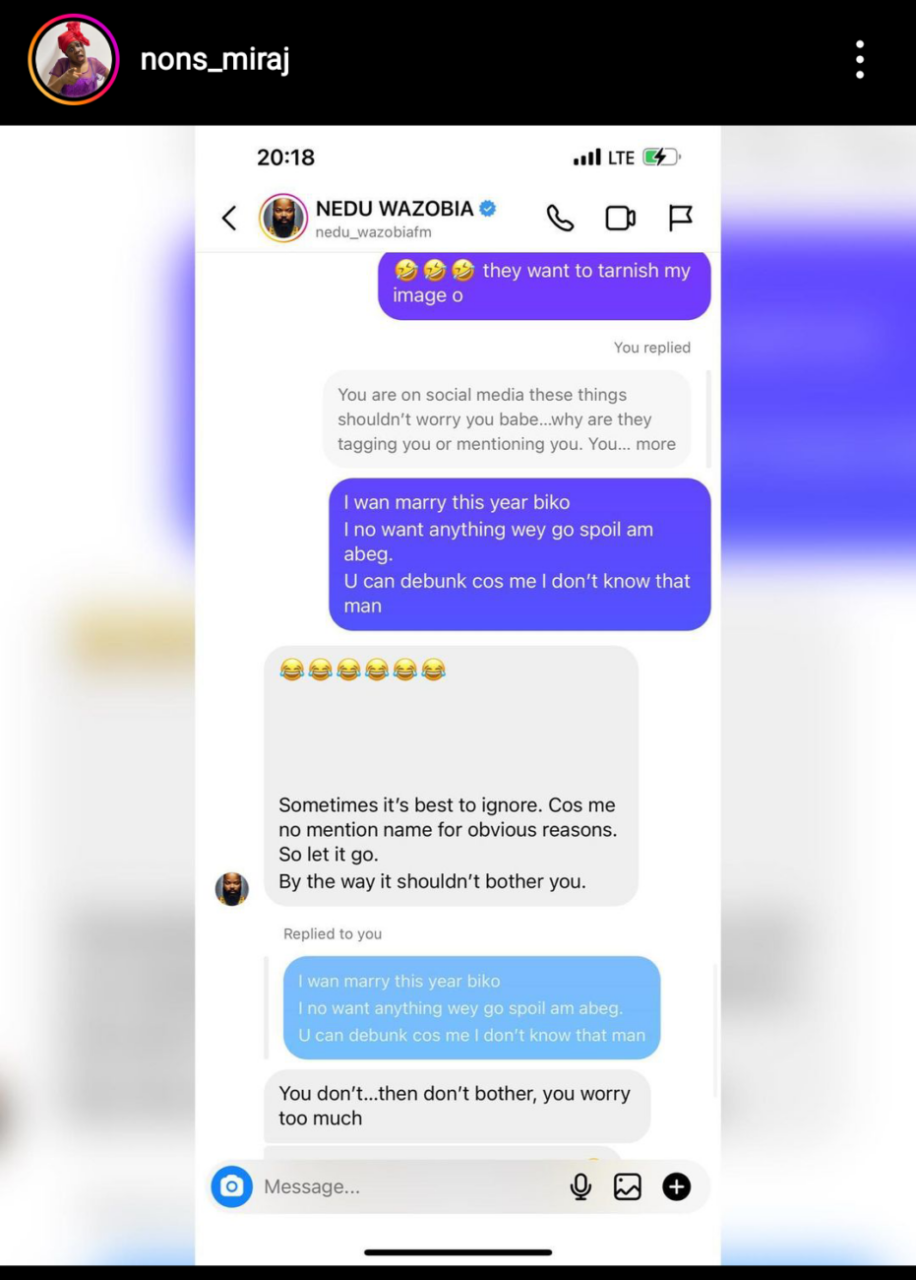 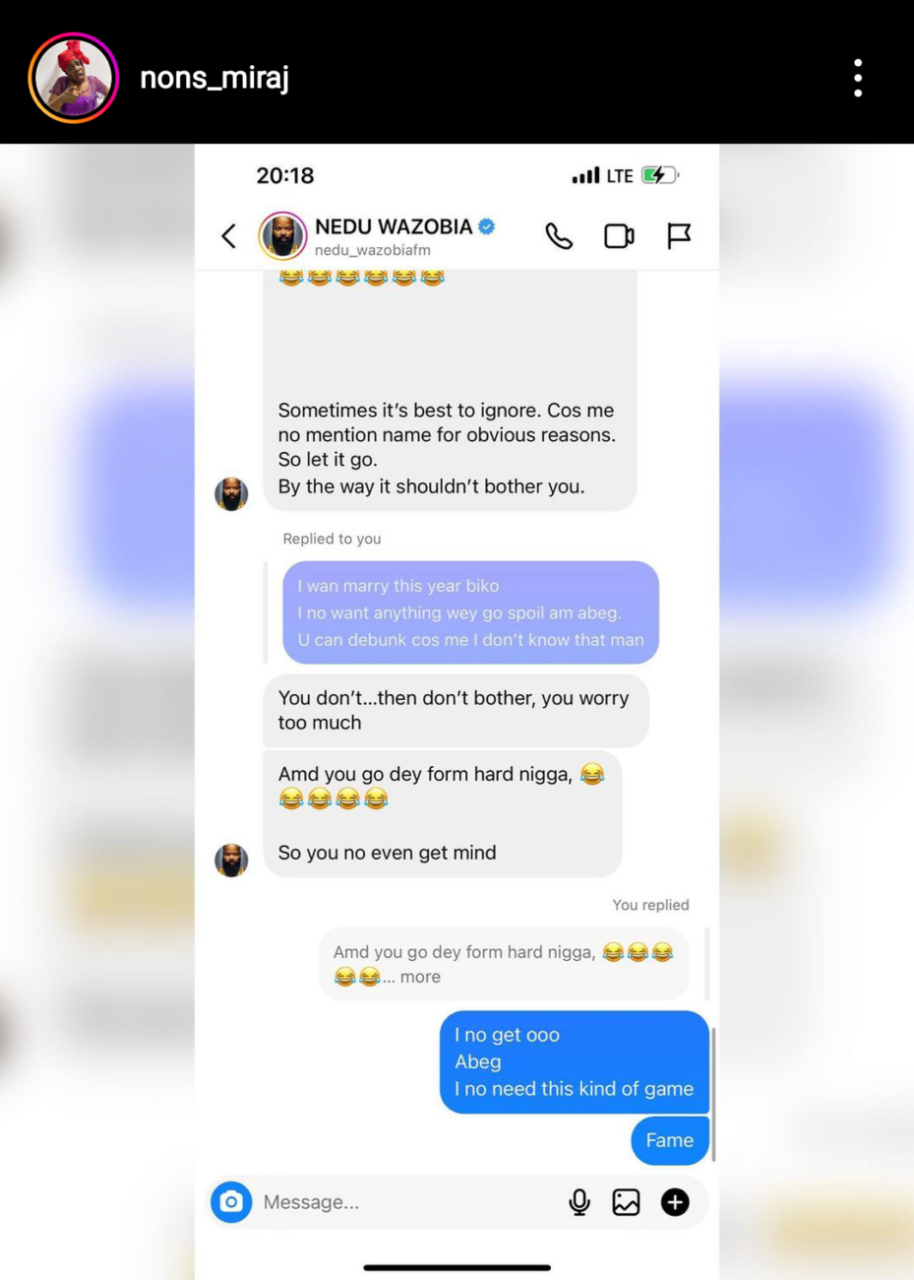 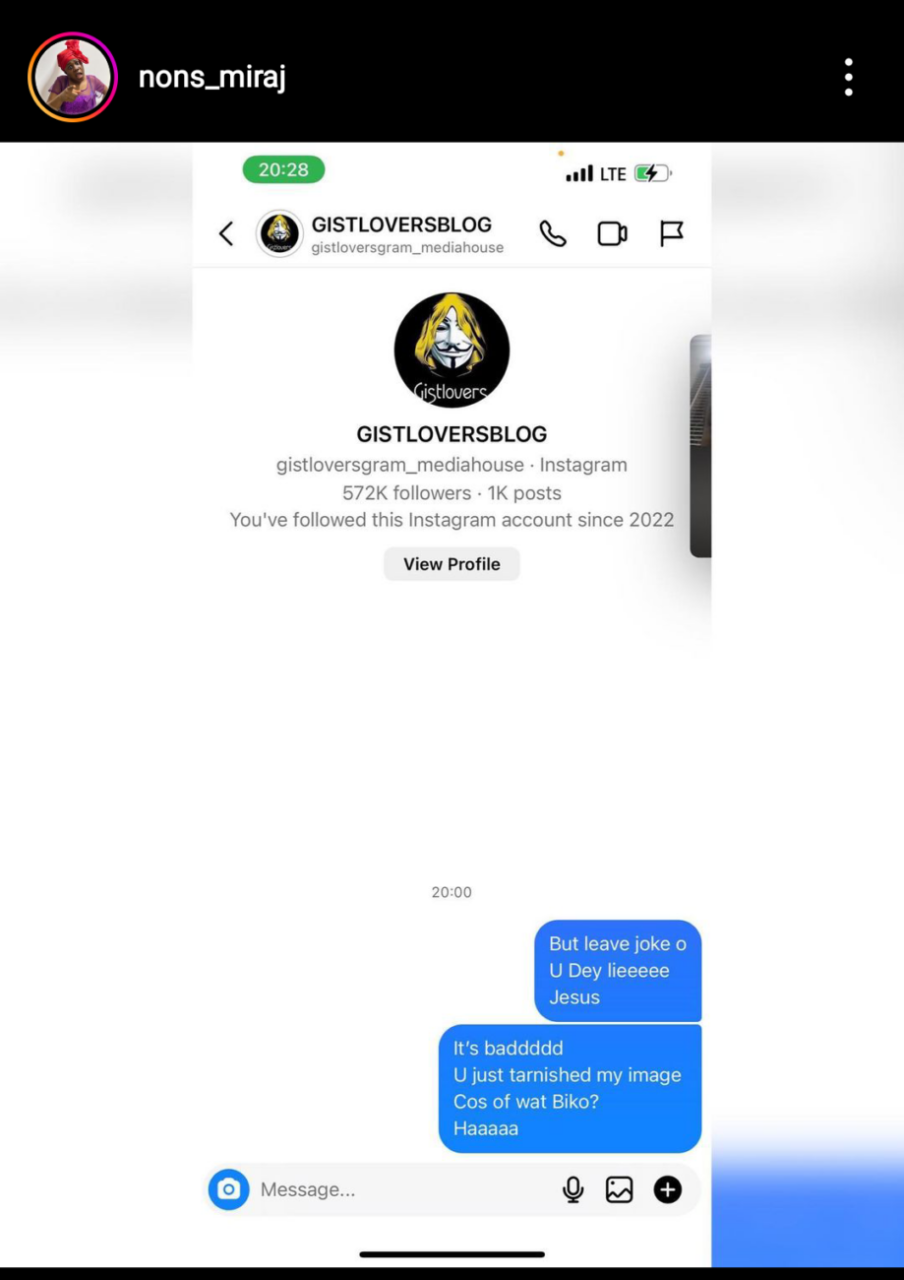