« “When A Man Impregnates His Wife, He Has Committed Sin” – Evangelist (Video) | “I know plenty stupid grown people” – Wizkid fires back at Mr Jollof as they continue trading words on Social Media » 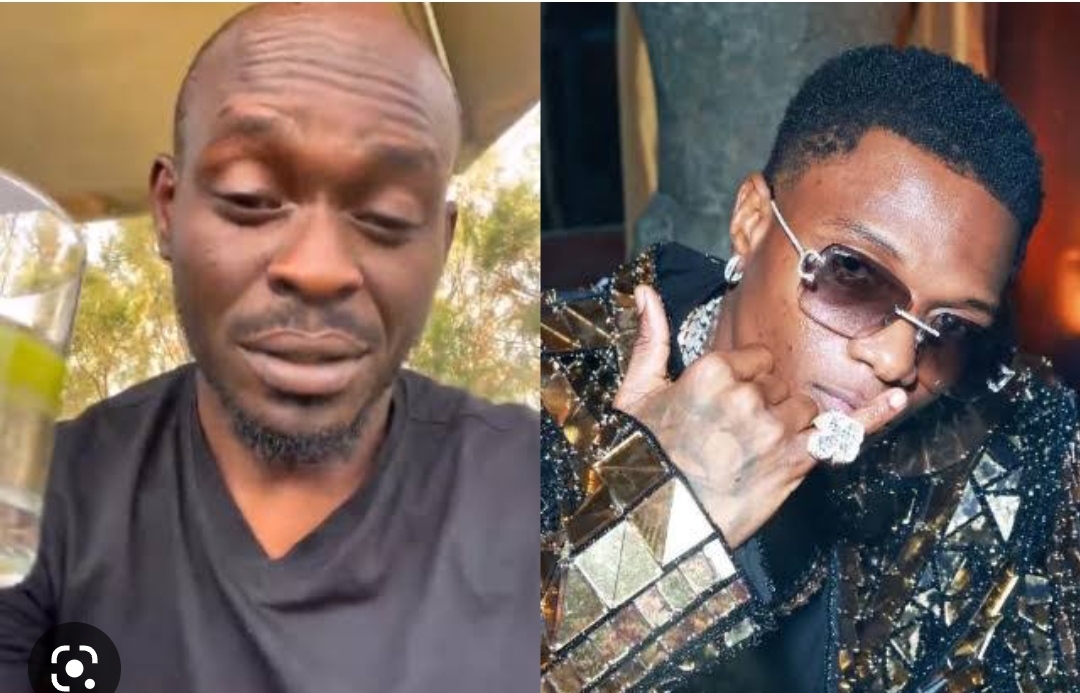 Comedian Freedom Atsepoyi, popularly called Mr Jollof has apologised to his fans in Nigeria and diaspora for engaging in banters with popular award-winning afrobeat singer , Ayodeji Balogun, professionally known as Wizkid since the singer’s hint to hold a world tour with his colleague, Davido.

This drama had started after Wizkid hinted a tour collaboration with Davido.

On his verified Instagram, Wizkid wrote in his story, “After my ‘MLLE (More Love, Less Ego)’ tour!! Davido and I going on tour! save your coins! I no wan hear pim”.

Reacting, Mr Jollof said it was not the best time for Wizkid to announce such as their fans have expected that over ten years ago.

“You going on a tour at this point with Davido is not right. It seems like you are riding on his relevance.

Reacting to the development, Wizkid posted a picture of his children with the caption on Snapchat, “Ladies, if your man is out here begging to feed you and your family, make sure he washes your pant, bra and plates because he is your house help.

Meanwhile, the comment did not sit well with Mr Jollof as he described the relationship he has had with Wizkid as mutual and nothing more, questioning, “Have I begged you for money before?”

Few hours after, he dropped another video shunning Wizkid to stop mentioning his family in a discussion because he is a responsible man who takes care of his home without depending on any one.

“Wizkid has never done anything for me before. When he promised to give me money, he failed and doesn’t reply to my DM aftermath.

“When I engaged my wife in Dubai, he didn’t do anything to assist me yet he comes out to call people poor.

“I’ve helped his career more. To the world, Wizkid helped me but I helped him more. I promoted to become the super star he is now.

Taking to his Instagram stories, Wizkid wrote: “Age isn’t a representation of how smart you are. I know plenty stupid grown people too.”

Mr Jollof who is obviously tired of the back and forth bants threw in the towel.

On his verified Instagram page , he apologized to his fans for engaging Wizkid in banters.

He wrote: “As you are all aware, the Mr Jollof platform over the years has been identified as a SOCIAL CRITIC in all spheres,saying it as it is with no intention to destroy anyone’s reputation or source of income.

My recent message towards Ayo Balogun (WIZKID) was borne from a place of deep love for the artist,though not received in that manner, which led to an online outburst and banters.

I would like to reiterate that Mr Jollof brand is one to support YOUNG ENTREPRENEURS, both growing and established. It is heartbreaking when the positive energy with which I render such support is regarded as inconsequential and downtrodden.

I FREEDOM ATSEPOYI popularly known as MR JOLLOF want to use this medium to sincerely apologize to MR JOLLOF AUDIENCE in Nigeria and diaspora who are disappointed about the brouhaha in the last two days on the social media space, kindly pardon my emotions.

« “When A Man Impregnates His Wife, He Has Committed Sin” – Evangelist (Video) | “I know plenty stupid grown people” – Wizkid fires back at Mr Jollof as they continue trading words on Social Media »