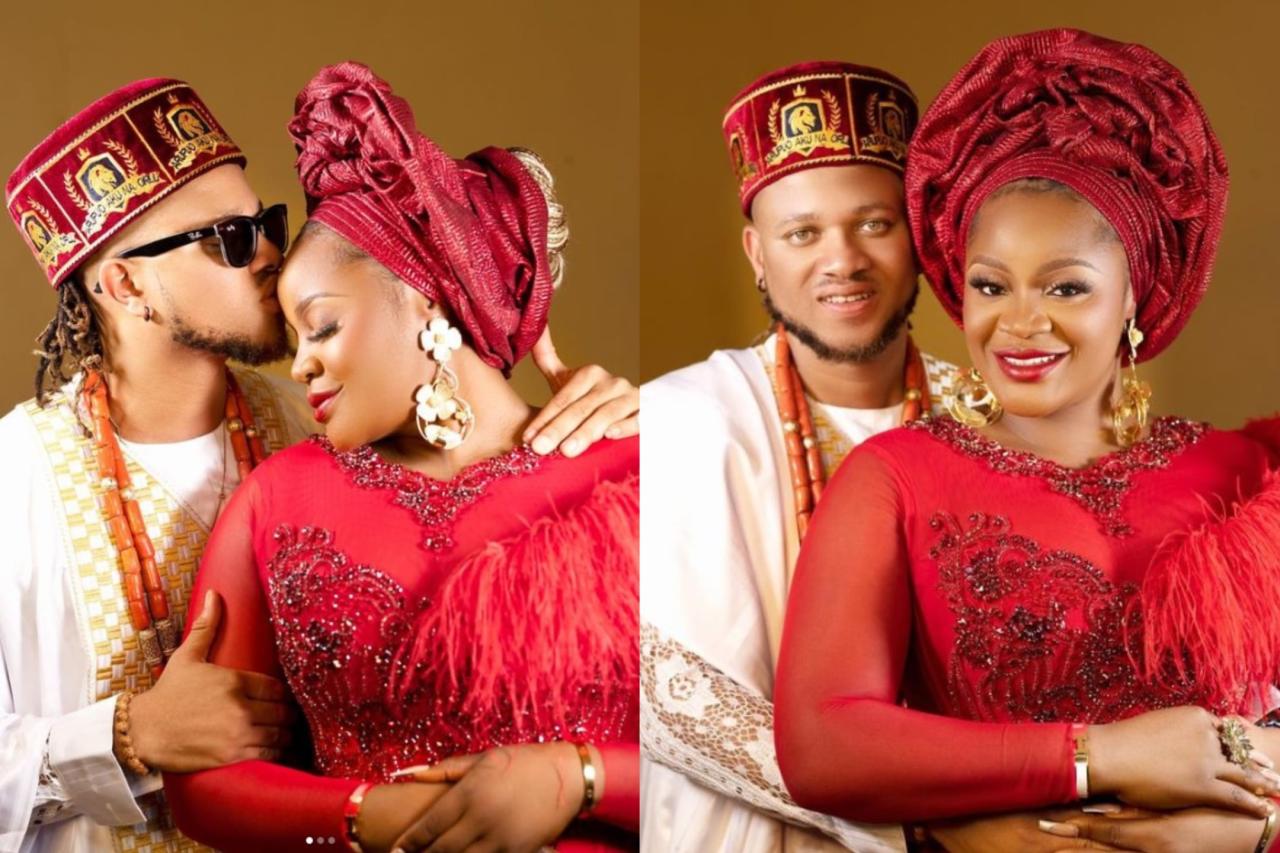 Uche noted that she didn’t want the public to know about the occasion as she had earlier lied that she was officially married to the father of her second daughter.

As congratulatory messages continue to pour in for Uche and Bobby, her colleagues didn’t fail to do the needful as they took turns to usher her and Bobby into a blissful marital journey.

Mary Remmy Njoku, ROC tv boss and mother of two took to her Instagram page to celebrate the new couple. Sharing their pictures, she wrote: Congratulations @Ucheogbodo @bobbymaris God’s favour will NEVER depart from your home.

On her path, Anita Joseph share a video from the ceremony and congratulated the couple. She wrote: congratulations to ma baby @Ucheogbodo. It’s a goal baby I wish you all the beautiful things that comes with marriage Amen. Chai I missed but my spirit was LIVE with you there Congratulations again Baby.