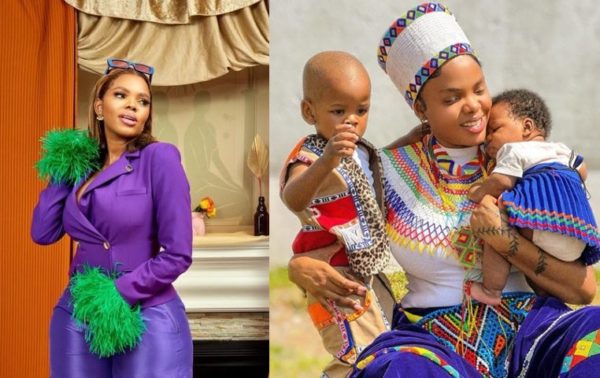 The two were building a beautiful home till Hlubi decided to bring in a second wife, which led to the exit of Londie from the marriage.

According to Zimoja, the KZN businessman doubts he is the father of the first child who is a boy.

“Hlubi suspects that the baby is the late famous DJ who recently died after being shot. This has been causing so much tension between the two,” said the source.

Since Londie London left the marriage, she is said to be hustling as she’s back in her parents’ house in Mpumalanga.

“Things are tough, but she is pushing and even does events in eMalahleni now “adds the source.

“Hustling for two kids is hard. Shopping every week at Gucci is a thing of the past; she has to hustle like the rest of us,”. The source adds that Londie was spotted driving an old  Toyota Tazz and lives with her parents.