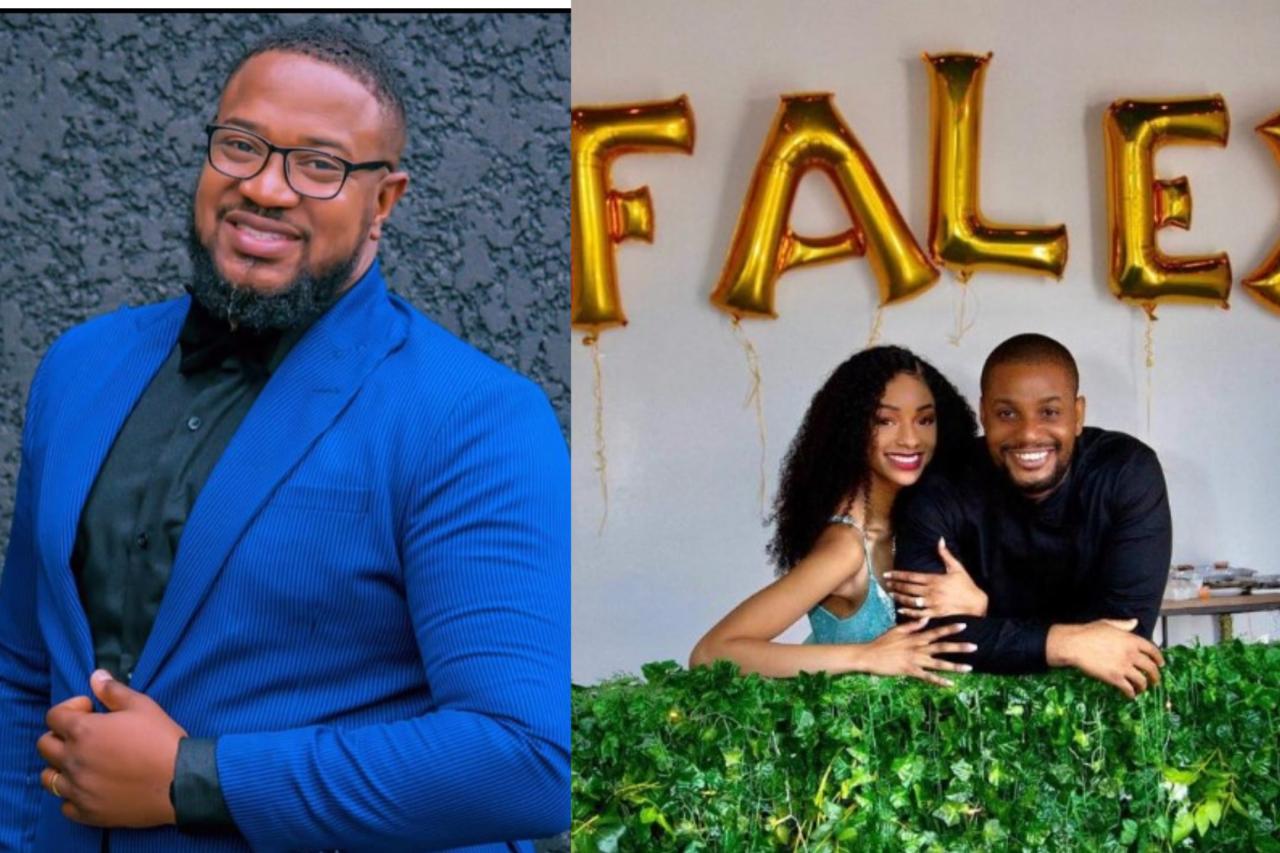 Nollywood actor, Mofe Duncan has weighed into the relationship drama between his colleague, Alex Ekubo and his and his estranged fiancee, Fancy Acholonu.

The couple has left online in-laws in disagreement following their failed engagement and a series of bombshell secrets made known to the public.

In the latest development, Alex Ekubo’s sister, Ifeoma voiced out in his defence, following speculations that her brother is gay and slammed Fancy for fueling such reports with her “Live in your truth” statement and that they never had sex during their five years relationship.

Reacting to a series of opinions flying up and down on social media, Mofe Duncan urged the association of online in-laws to let the estranged couple be.

Sharing a comic picture of Batman dishing out a slap to another comic character, Mofe noted that a break-up is bad enough for the two involved in the issue, and asked that they be left alone because the analysis and constant gaslighting won’t solve their relationship issues.

He wrote: I know vampires would come for me but I really don’t care. Leave these guys alone… a break up is bad enough, psychoanalyzing and gaslighting either of them isn’t gonna help. Alex this! Alex that! Fancy this! Fancy that! Leave them alone! Alex is this! Fancy is that! Okay… and then what? How does that address the N77 TRILLION debt Nigeria is in?