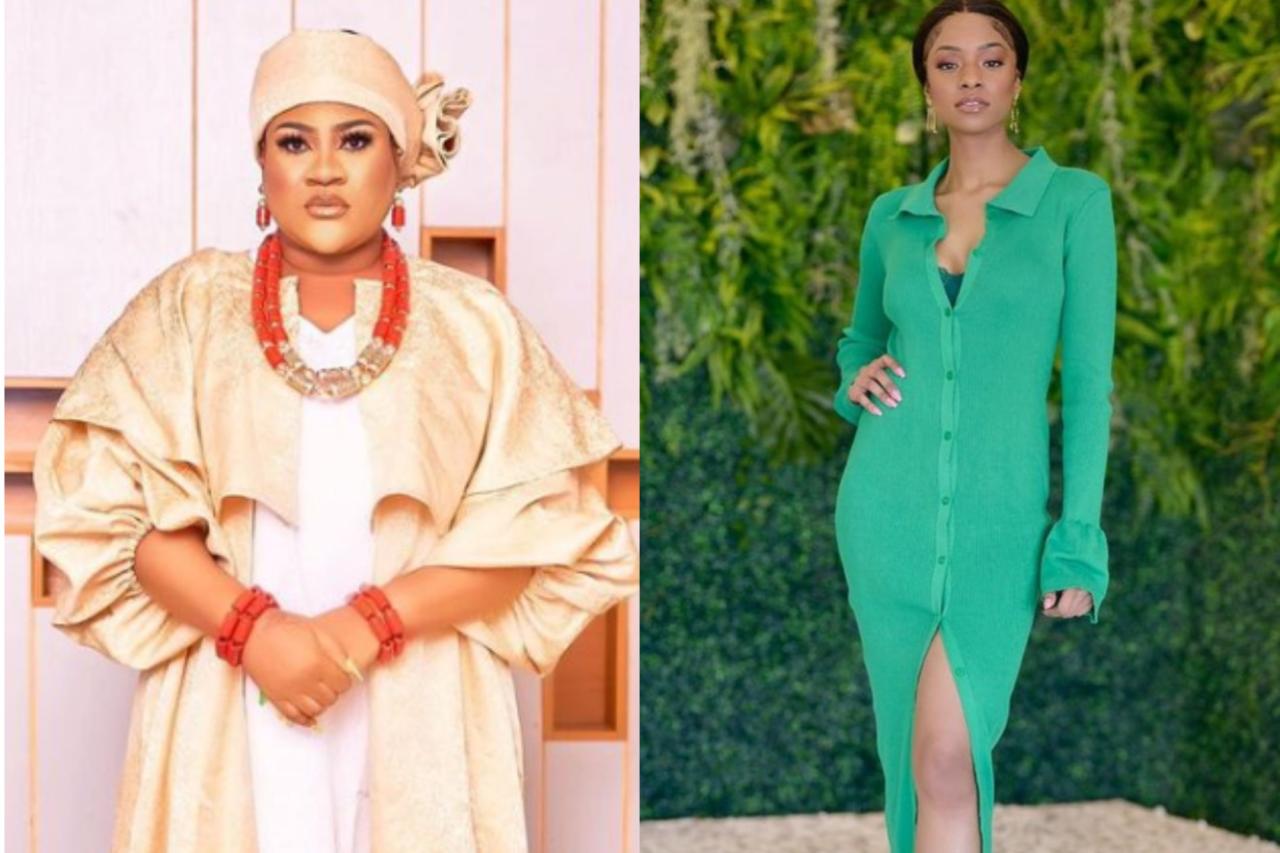 Fancy has been trending on social media after she revealed that her ex-fiance, Alex, forced her to make a public apology and she fell for it; fans also speculated that they had reconciled and gotten back together following a video that surfaced online.

The 29-year-old has however been forced to reply series of questions in her comment section, following her outburst about the apology. While many praised her courage for living her truth, others who are taking sides with Alex slammed her for wanting to privately resolve their broken relationship.

A netizen identified as Beauty in the World took to Fancy’s comment section to query her motive for her public apology.

According to her, Fancy humiliated Alex and almost destroyed his career and reputation overnight.

She wrote: “What were you thinking and who’s advising you? You called off the wedding publicly and you wanted to apologize 2/2 and go back to Alex privately? Whether Alex made you tender the public apology or not is irrelevant. You humiliated Alex and almost destroyed his reputation and career overnight but thankfully he was able to manage the situation. Now he served you a taste of your own medicine.

That Alex would marry you again after everything? Men don’t forgive such embarrassment. Whatever made you called off the wedding in the first place should keep you far away from Alex. Social media won’t help you. Go and heal quietly and say less for your own good. Wish you well this year 2023″.

Responding to the query, Fancy wrote: “I did not ruin his reputation. He had those rumours LONG before I met him. So do not blame me for walking away and that being the reason people assumed I did”.

Nkechi Blessing who once trended online following her messy break-up with her politician ex-boyfriend, Opeyemi Falegan slammed Fancy for responding to critics about spilled milk.

The mother of one said she thought Fancy is a classy lady, however she proved otherwise by stooping so low. 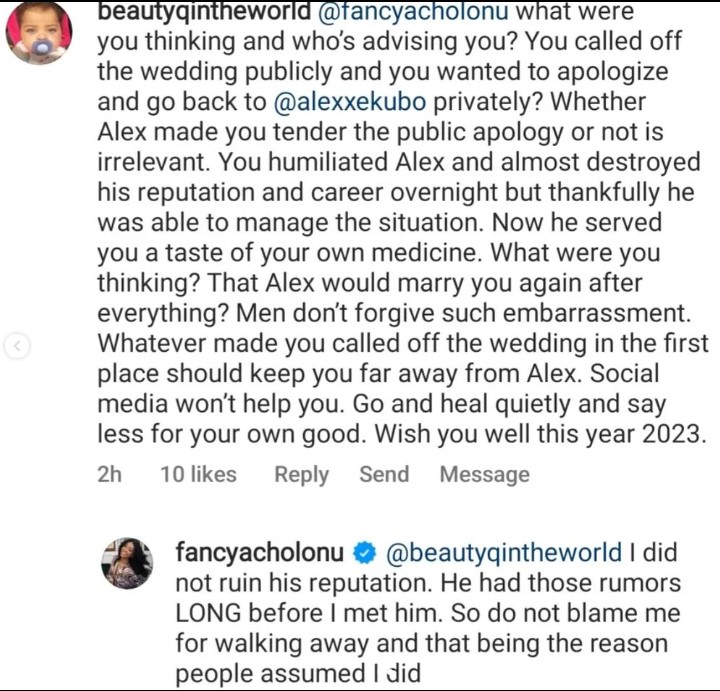