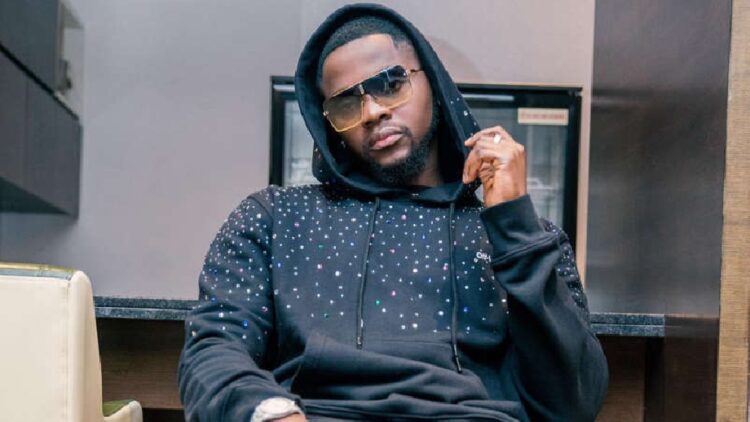 A viral video has captured the moment singer, Kizz Daniel’s bouncer unleashed his wrath on an overzealous fan at a concert.

In the video, the cough crooner was on stage performing when a male fan suddenly rushed onto the stage and began to dance.

Kizz Daniel was apparently amused by the man’s action, so he let out a smile, but his bouncer wasn’t having it and wouldn’t permit the intrusion.

The bouncer approached the man who was vigorously dancing on stage and ‘nicely’ asked him to step down, but when he refused, he bundled him up and flung him off the stage.

Kizz Daniel – Rich Till I Die (RTID) Speed Up