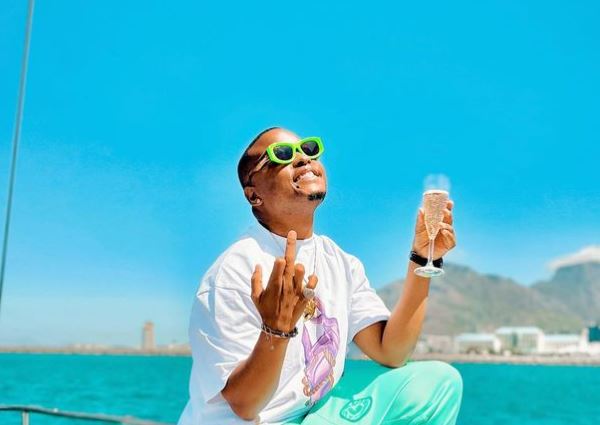 K.O has been called a plagiarist as his hit song, Sete is believed to be stolen from an artist named Reefer Tym.

A Twitter user named Tempy Pusha shared a screenshot of Reefer’s song and captioned with, “SETE sounds exactly the same as this joint.”

The screenshot caused a stir on social media and it left many divided.

While some came to defend the South African rapper, others dragged him for plagiarism.

KO is wrong for that , the songs sounds like Sete EXCTLY

It was also revealed that an artist by the name Mizo Phyll initiated the sound which was allegedly sampled by K.O and Reefer.

“If there are no lyrics and flow similarities, the person to blame is the producer. There is an artist called Mizo Phyll who first used this beat before Reeder Tym and KO,” Johnny Malepa wrote.

However, K.O got defended by other tweeps and artists like DJ Jawz.

“A beat can be licensed by numerous artists. I don’t think anyone stole the song. It all depends on the deal you make with the producer whether you’re licensing it exclusively or not. I dig both songs,” the DJ wrote.

It was further revealed that K.O credited the owner of the beat.

SETE is giving a lot of people chest pains 🤣🤣🤣,they think my idol is here after 17years by chance ?😂😂 https://t.co/H89bZfahiF

This Sete situation isn’t what y’all guys make it out to be. The Producer Callie Majik drop his beats on YouTube and Both KO and Reefer Tym used the beat issued on YT but KO reached out to the producer and subsequently credited him on SETE. I don’t know about the other dude.