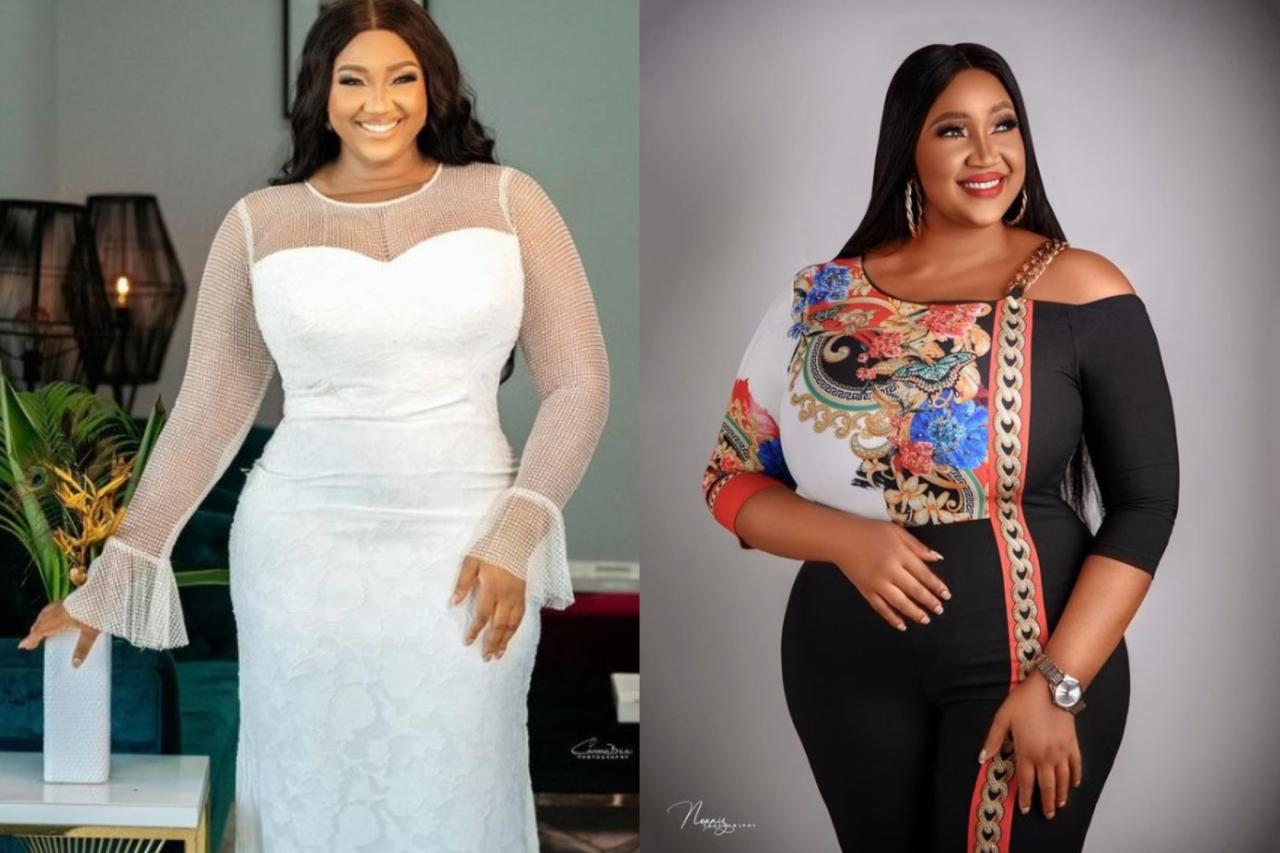 A social media user has cried out about how alleged husband snatcher , Judy Austin blocked her after she sent her a prayer.

The follower had sent a praye r to the DM of Judy and Judy blocked her on Instagram after reading the prayer.

“Dear women, your son go marry the exact woman wen you be in Jesus name. Amen” The prayer reads.

This offended Judy who then blocked her on the social media platform. 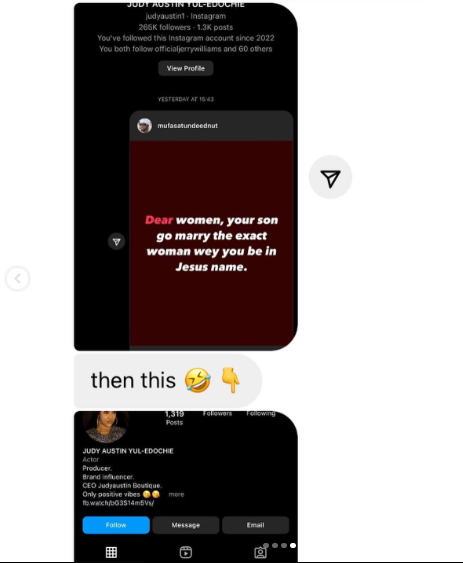 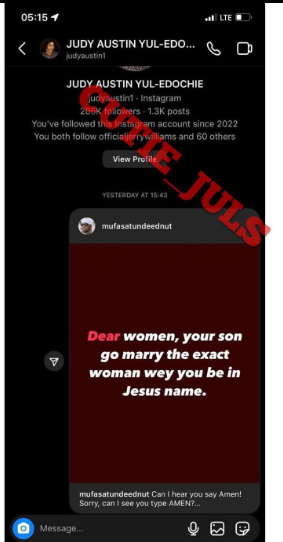 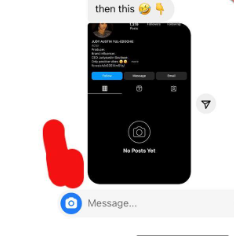 “That’s to say we humans can’t take the exact thing we give out, she suppose say Amen if say she know say na right thing she do” one tonia.anthony99 commented.

“She obviously doesn’t want her type of woman for her son in future that means she regret her Actions!” Esther_modell commented

One asa_mayor wrote, “I don’t see anything bad in the prayer sha. If only she’s a good woman she would’ve gladl say Amen to the prayer.”

One sexy0d wrote, “they know they are evil. They don’t want their son to marry someone like them🤣🤣🤣🤣 but no one can escape the nature of life. Karma is real. Let me share a short story to prove karma is really.When my mum was in boarding school, she laughed at someone that has growth in her breast. She will always called her three breasts and laugh. When she finally grow up and gave birth to me (I’m her first child) I attended boarding school too, I find out I have a growth in my breast. I was always embarrassed. I don’t bath in present of my peers through out my boarding school and sometimes I will always late to school because I will wait for everyone to take their bath before I do. It took the grace of God before I could operate that growth from my breast after my boarding school. My mum told me this story herself after she saw the growth on my breast while I was growing up”