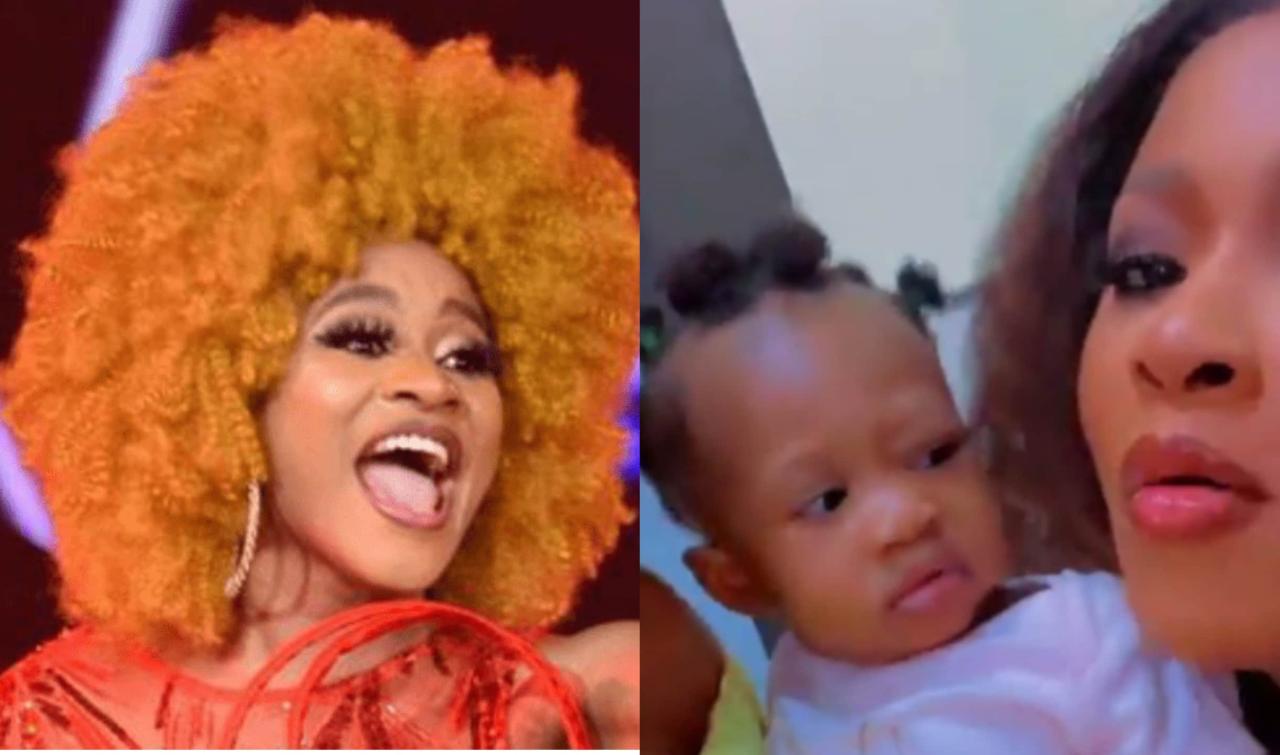 Big Brother Naija ‘Level Up’ winner, Josephine Ijeoma Otabo better known as Phyna has made some shocking revelation about her personal life.

The BBN winner in a series of Twitter tirades revealed that she has had an abortion multiple times. Phyna made this known as she fought dirty with some trolls who tried comparing her to disqualified co-star, Beauty Tukura.

A troll had stated that Beauty was both her father and mother, to which Phyna wished them happy mother’s day.

Another troll, while trying to ridicule her, took a swipe at her series of abortions.

Responding, Phyna admitted that she has done abortion, however, she doesn’t keep sugar daddies, neither does she force men to sleep with her.

“Yes I have had 2 abortions but I don’t do sugar daddies and force small small boys to sleep with me and hoeing around with disease at least I am not barren due to drugs”. 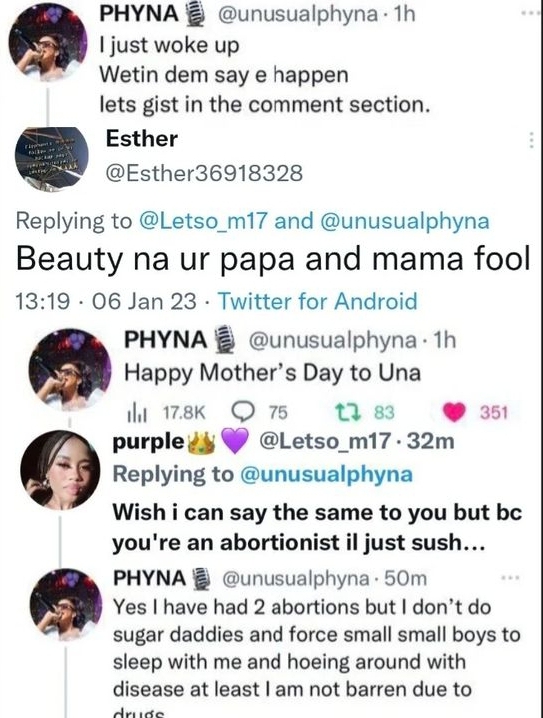