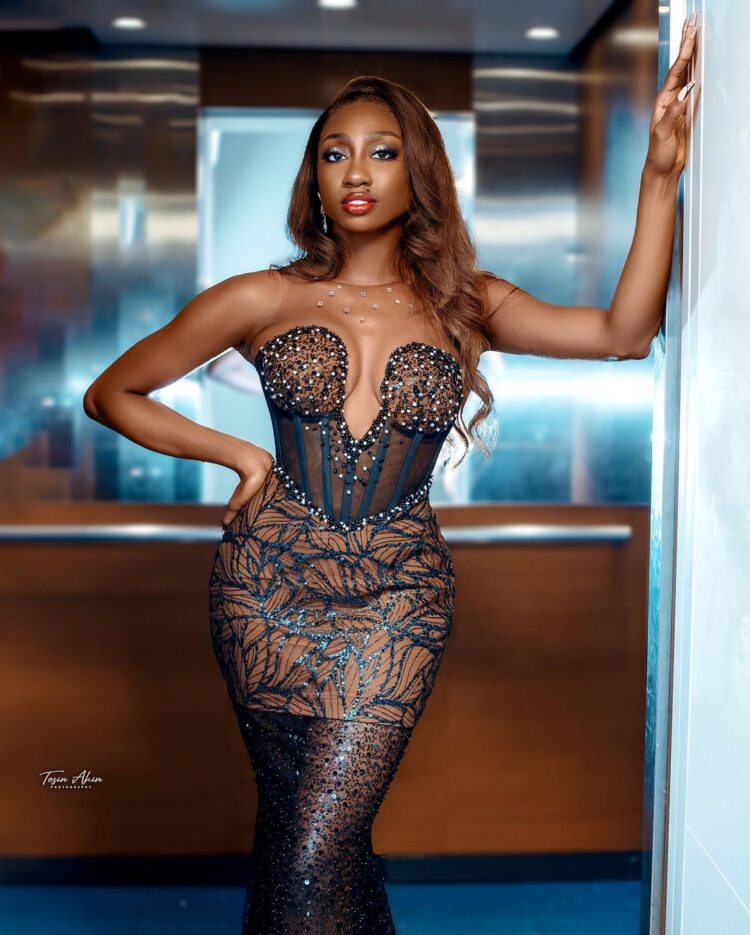 Reality tv star, Doyinsola David has lampooned a troll who related her tweet about body odor to her friend and fellow housemate, Chizzy.

Doyin had taken to the microblogging platform, Twitter to complain about people with body who went about without using deodorants.

She wrote;
“It really should be a crime to leave your house without deodorant because why are you out and about destroying people’s airways and the ozone layer with toxic body odour?? E no jig na“

A troll replied, wondering whether she was talking about Chizzy but was surprised by the response he got from her instead.

She replied;
“I’m sure his fart smells better than you.”

See the interaction below; 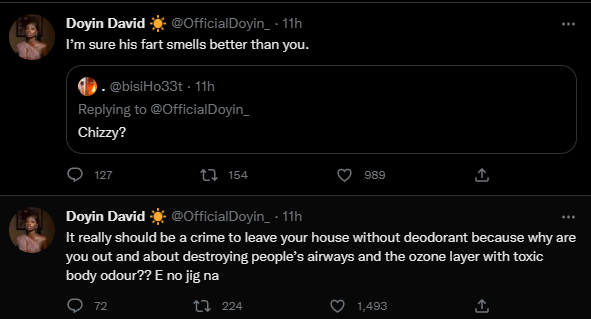