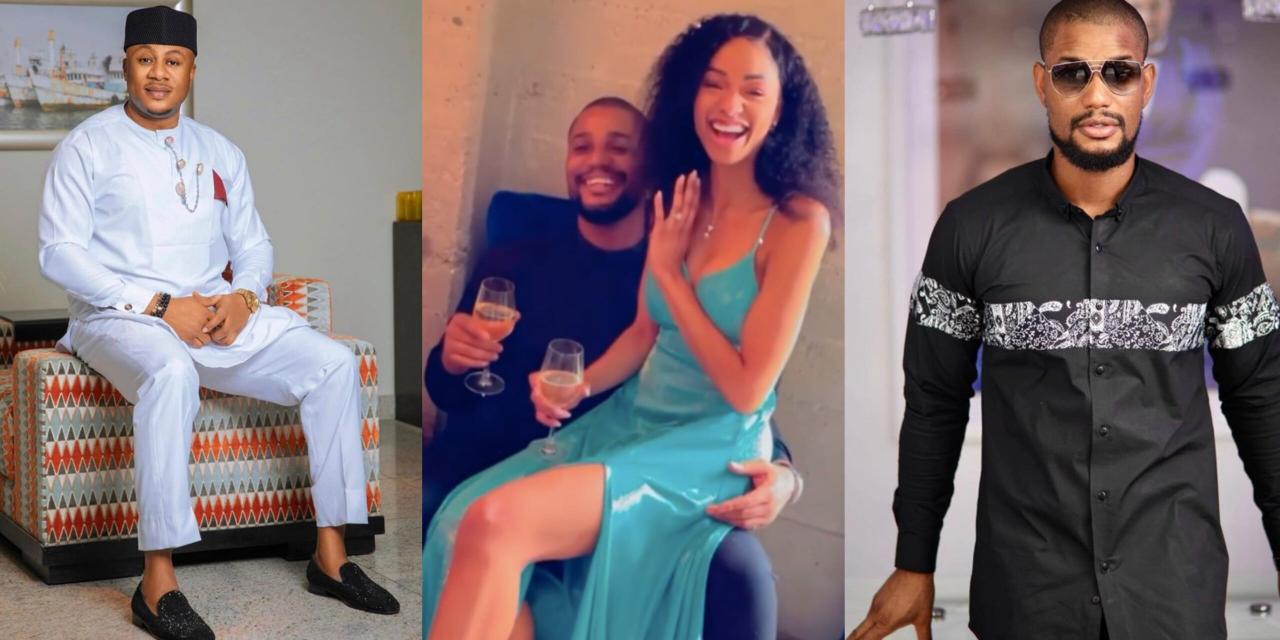 He stated that calling the actor names without hearing his side of the story is totally unacceptable. Using himself as an example, Opeyemi noted how he has been a victim of lies and he now’s how it feels.

“Calling him names (backshot) when u haven’t heard his own part of the story is unacceptable, unreasonable, offensive and also beyond the pale.

Not having sex for years shows his high moral standards which to me requires a reasonable level of appropriateness, fitness, suitability, morality, virtue modesty and purity. Quite worthy of emulation (sperm retention). A king I Stan”. 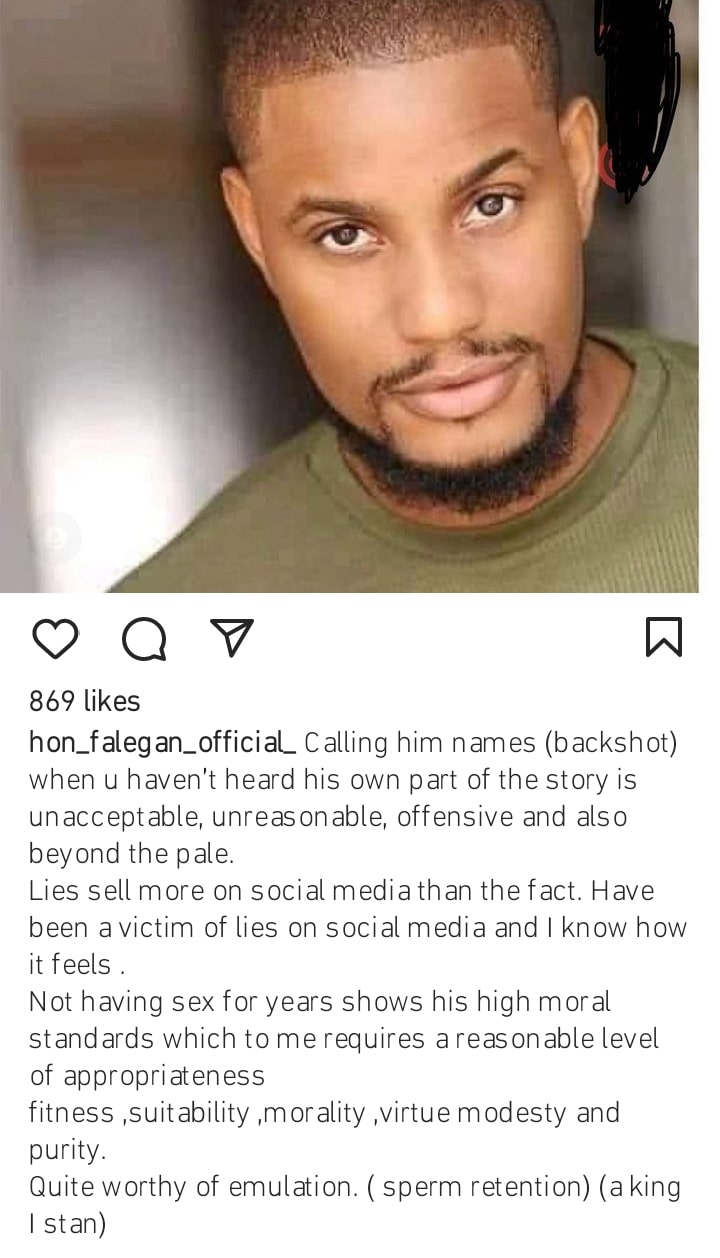