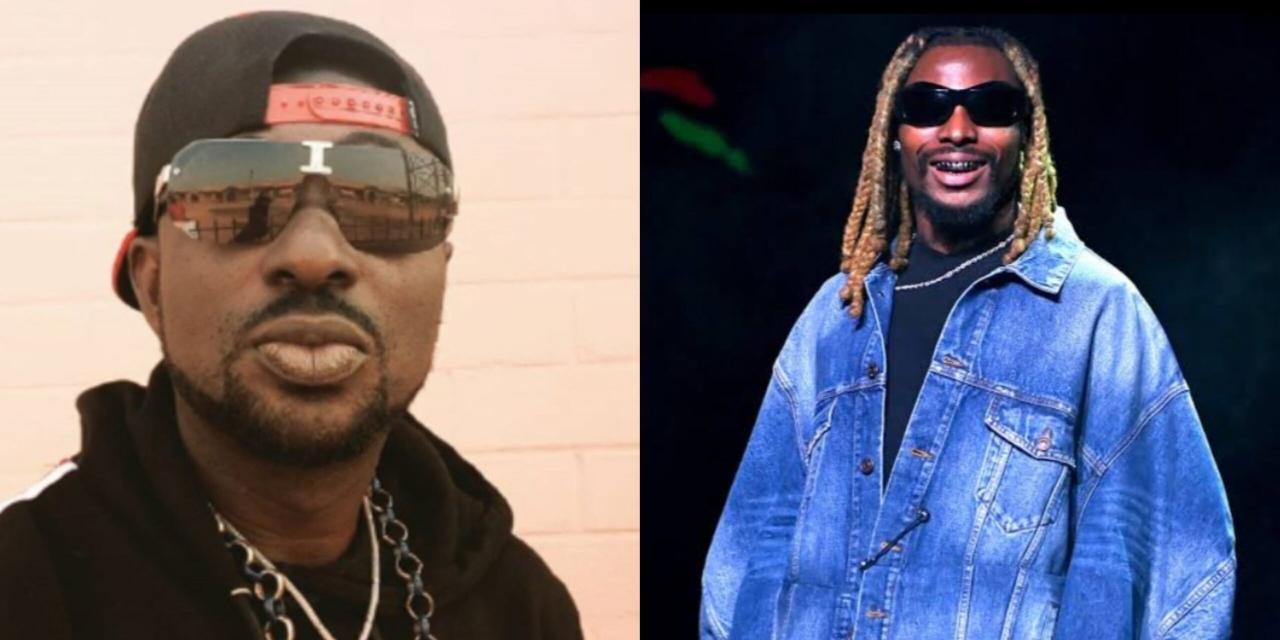 Nigerian singer, Blackface of the defunct Plantashun Boiz has called out his junior colleague, Asake over alleged theft.

In a series of tweets, Blackface accused Asake of not seeking permission from him before remixing his song. He noted how the artiste was trying to outsmart him, but he is way smarter than Asake thinks.

Blackface urged him to do the right thing or risk his wrath.

“You spend $165k dollars to shoot musical video for your artist. Una no fit use 100 naira call the owner of the song before una remix am.

Una dey form say una smart I believe. E better make una do the right thing because this one I no go sorry for una! I dey come”.

Blackface explained further about the song theft while responding to his Twitter fans.

He noted how many upcoming artistes love music, however, it doesn’t give them right to sample, remake or remix works he has already released without permission.

Blackface added that they are the ones who sabotage him, yet many choose to believe them.

“They love music I know. But that doesn’t give them the right to sample, remake or remix works I have already released without proper permission? I guess they are the real ones sabotaging me while they steal my works N some of una self no know what’s original and what’s fake”.

He added,
“My people are never like just some uncreative stage occupies stealing others intellectual properties without fear of copyright laws.

“Them never use them as example yet very soon copycats go find out say they can run but they can’t hide”. 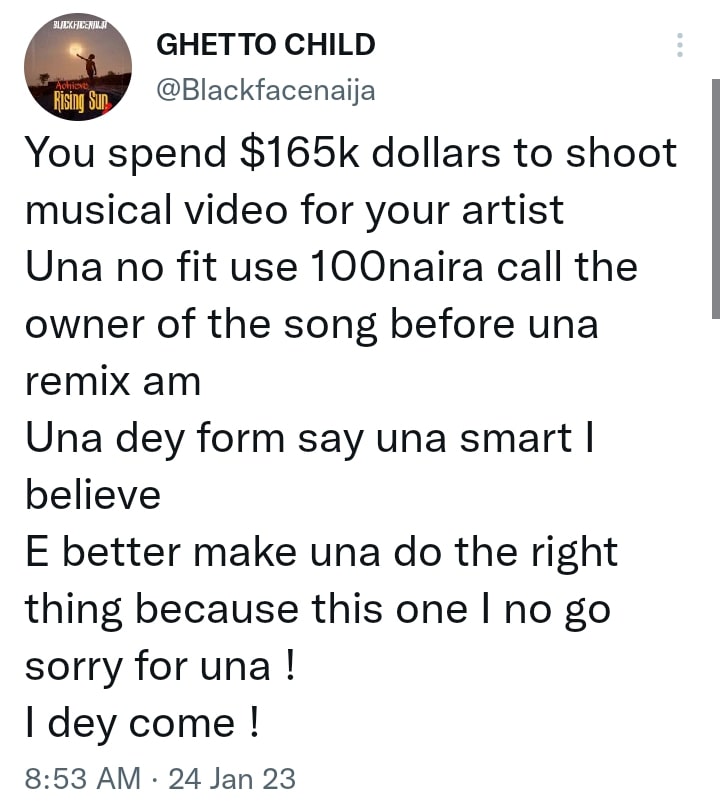 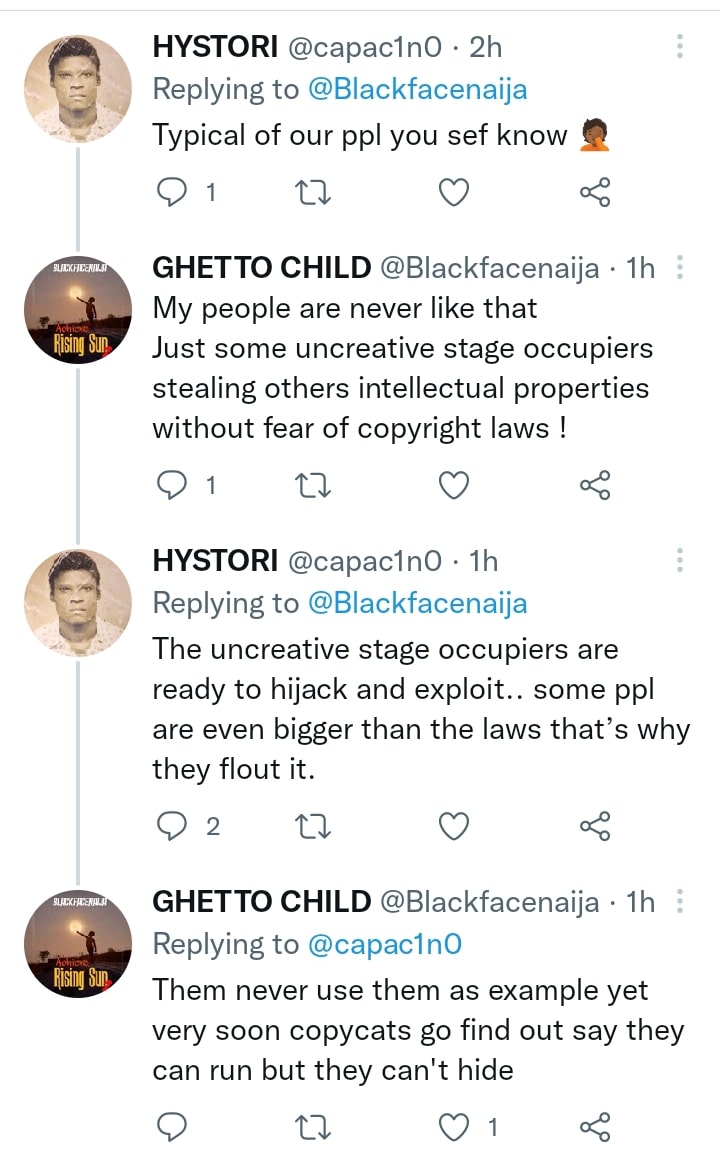 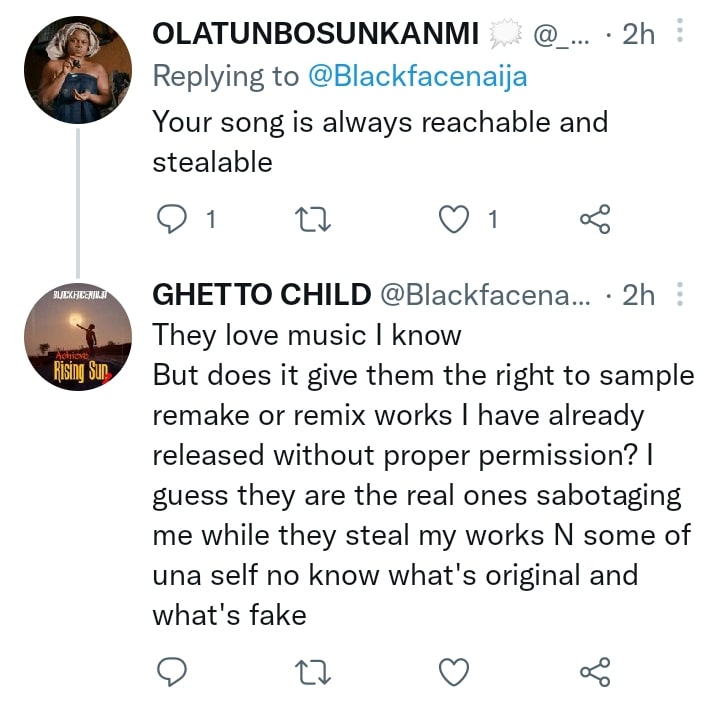