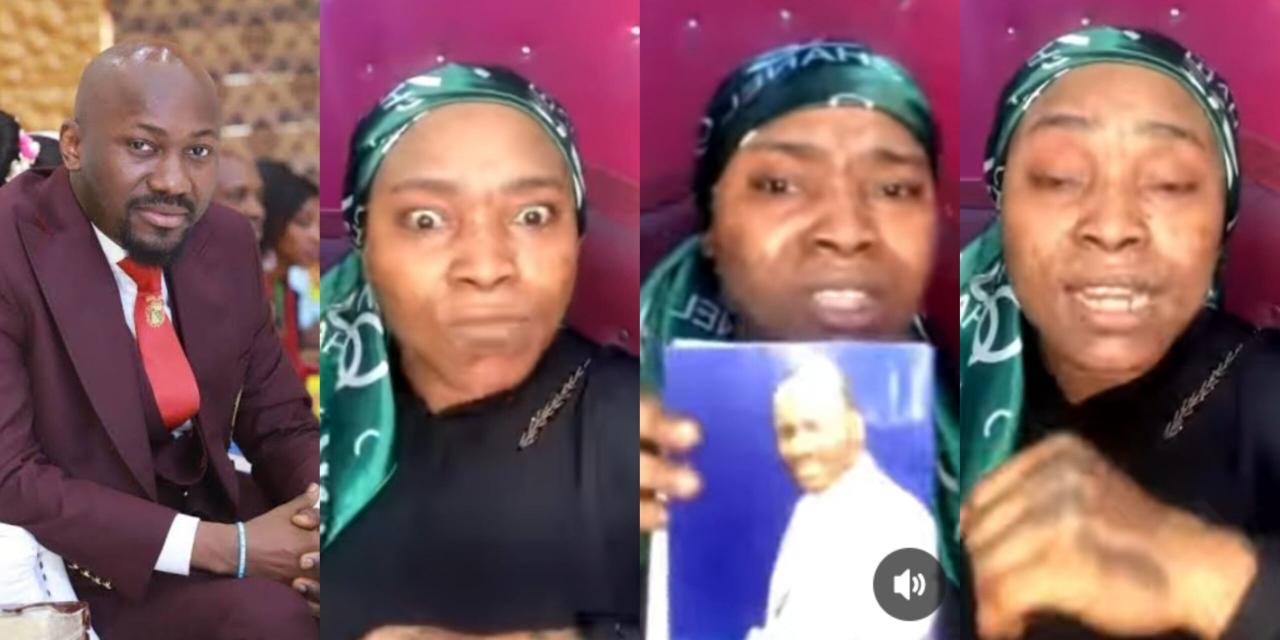 Nollywood actress , Halima Abubakar, has finally opened up on her affair with clergyman, Apostle Johnson Suleman of Omega Fire Ministry.

The actress, who is clearly unbothered with the lawsuit filed against her by the clergyman, has taken to a recent interview to spill tea about their affair.

Halima revealed that Apostle Suleman first reached out to her on phone to be his friend. They got talking for four months and he sent her 500,000 to show he was serious in his relationship with her.

The ailing actress insisted that she never knew Suleman was married as he told her that he was separated. Halima shockingly revealed that she pleaded with him on countless times to reconcile with his wife, but he remained adamant.

Halima claimed that Apostle Suleman proposed to her seven times but she rejected his proposal. Unbothered with the rejection, he involved the actress’s parents in their affair and did an introduction with her.

“Apostle Suleman first reached out to me on the phone to be his friend, we got talking for four months. One day he wired me N500000 to show he was serious and I saw him two weeks after that. I did not know he was married. He told me he was separated. I used to beg him to go and settle with his wife but he said No. He proposed to me more than seven times.

He involved my parents and met them for introduction. I never knew he was a Pastor”.

Speaking on their sexual life, Halima revealed that she discovered that everytime they had sex, she would always bleed but since she wasn’t spiritual, she didn’t read meaning to it.

“Every time I had intercourse with Suleman. I used to bleed afterwards. It got to a time I started bleeding everyday and I had a bloated tummy. The blood never stopped and he was still having sex*x with me like that. I didn’t read any meaning to it because I wasn’t a spiritual person and he used to have sex with me during my period so I thought it was normal”.

To prove herself, Halima shared old photos she took of the clergyman while in a hotel on Valentine’s day. She berated media personality, Daddy Freeze for pitching tent with Suleman, who he is friends with.

Halima added that she had a tattoo of his name on her hand when their relationship was good and when she discovered he was married, he had calmed her down.

“I had a tattoo of Suleman’s name of my hand when the going was good. He never told me he was a pastor. He told me he was a motivational speaker and then a Sunday School teacher. When I later got to know, I asked him if he knew what we were doing was wrong, he said I AM HUMAN”.