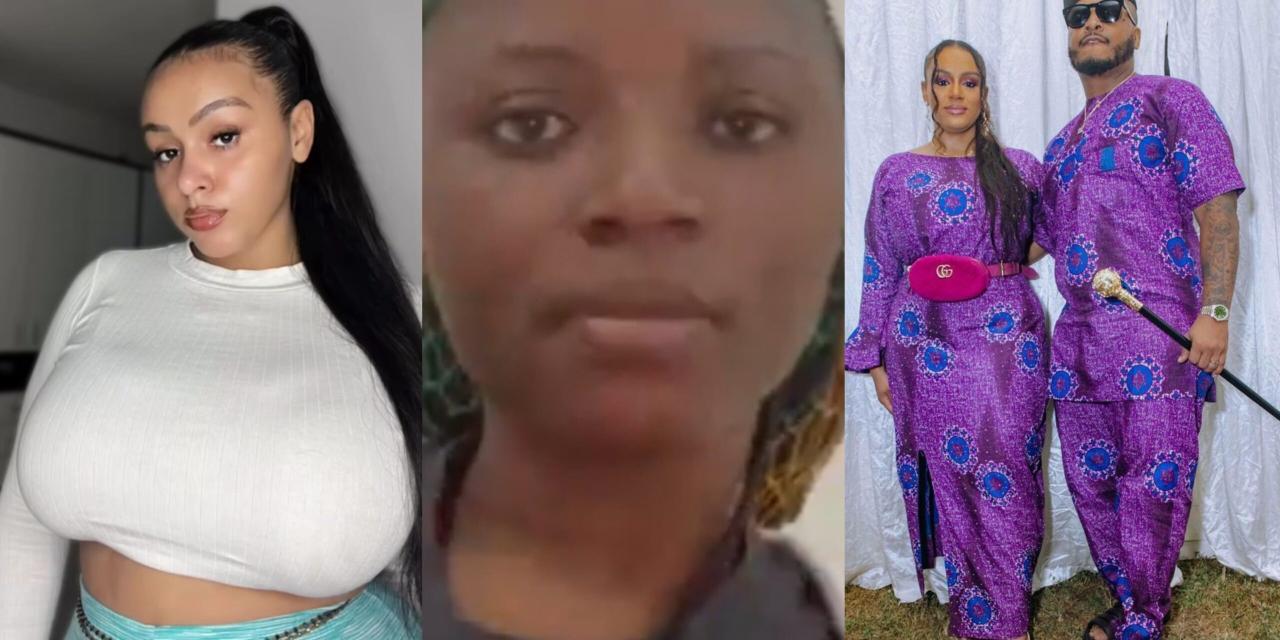 Heidi Korth has finally revealed the face of the househelp, she claimed has been allegedly having an affair with her husband, Sina Rambo.

NaijaChoice Media reported in December that Korth accused Rambo of attempting to sleep with their house help.

Reiterating that she had divorced him and wouldn’t turn her back on her decision, she shamed him for his action.

She further mocked Sina Rambo’s for being immatured.

In a new update, Heidi Korth shared a photo of the lady on her Instagram story minutes ago. She called her out for joining forces with her estranged husband to bring her down.

Korth disclosed that she brought the lady from Lagos to her house, fed her, housed her and paid her N35,000 monthly. Due revealed that she even gave her N50,000 when she said she wanted to leave the singer’s house.

However, the girl went back into the arms of Sina Rambo and has been revealing information to him, so he can send gunmen to her.

“This is the house help Sina Adeleke has been sleeping with. A girl I brought from Lagos to my house, fed gave her a bed to sleep and gave her 50,000 naira day before yesterday. When she said she wanted to leave. Her salary is 35,000. She want back to him and is revealing information to him so he can send my family. Peace Paul and Sina Adeleke. 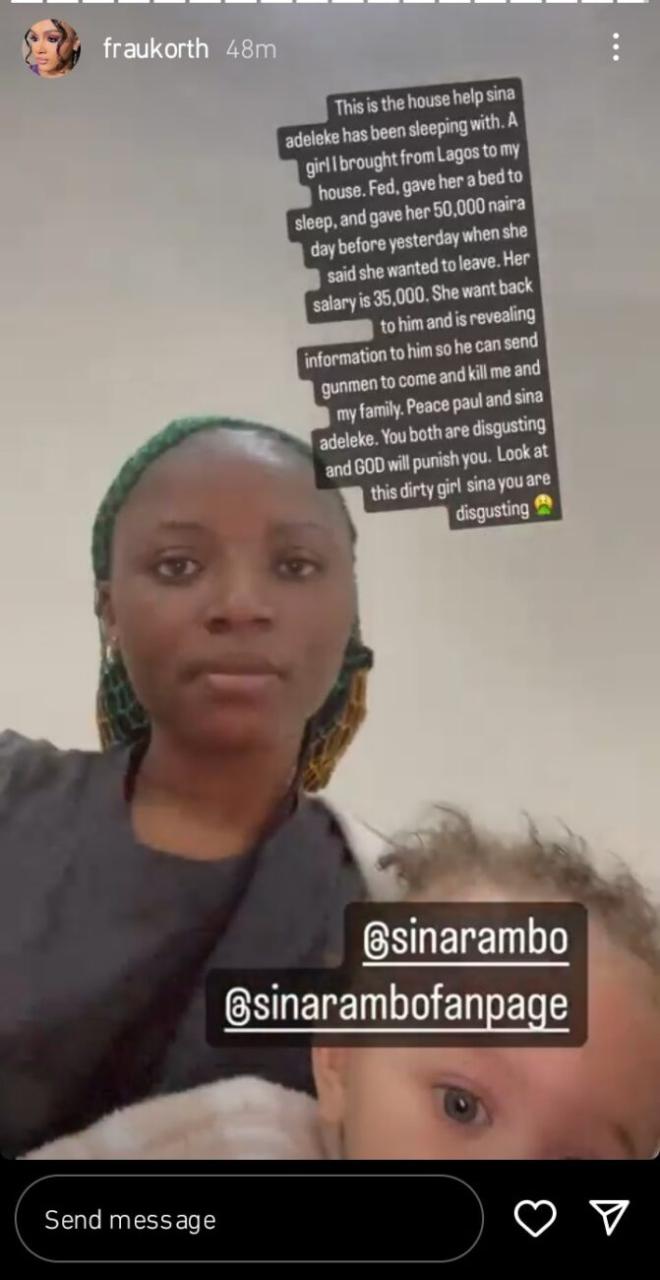