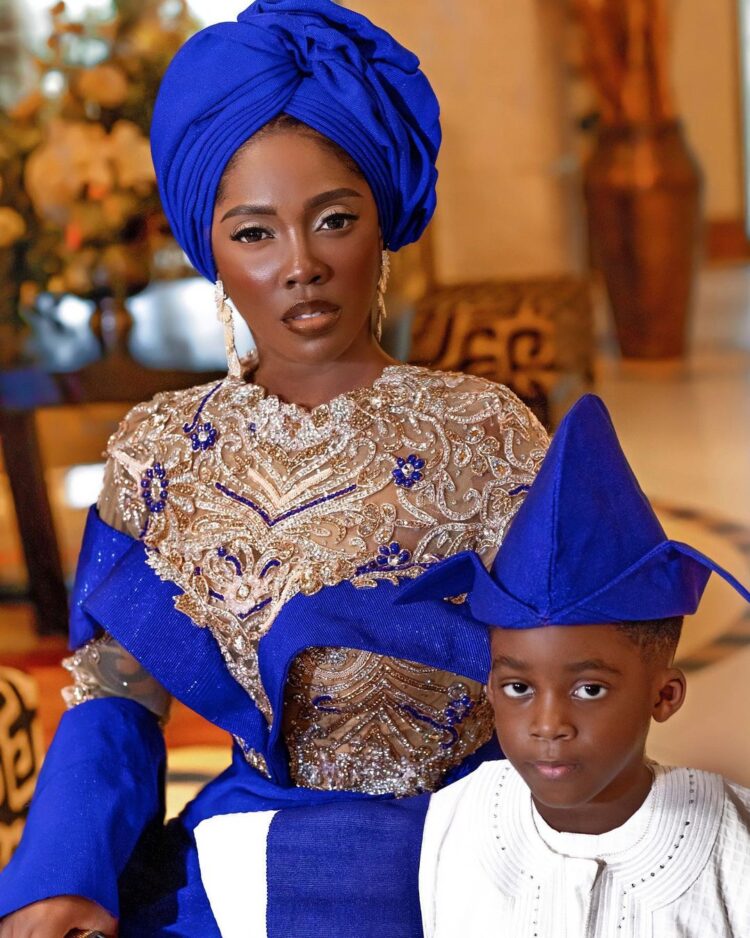 A hilarious exchange between Nigerian superstar singer, Tiwa Savage and her son, Jamil during an Instagram live session has melted hearts online.

The mother of one recently held an Instagram live session with her fans while her son, Jamil, was present.

During the live session, the “Somebody’s Son” crooner asked her fans what she should do next, and Jamil replied by telling her to break a heart. “You should break a heart,” he said.

Tiwa then told Jamil that breaking people’s hearts is wrong, to which the little boy responded that he said it to make his mother laugh.

Tiwa Savage went on to say that she has been “killing some features lately,” and Jamil interjected immediately, stating that “killing” isn’t a good thing to say.

Tiwa then rephrased her statement and this time replaced killing with slaying, and Jamil, who apparently has a vast vocabulary of English words, again told his mom that “slaying” isn’t an appropriate word.

He asserted that only bad people kill or slay.

Reacting to the video an Instagram user @nkem.frances wrote, “Some slangs are not for kids to hear…Good thing she was quick to correct.”

@mzuchey, “next time lock ya sef inside ur room and do ya videos these kids no go kill person.”