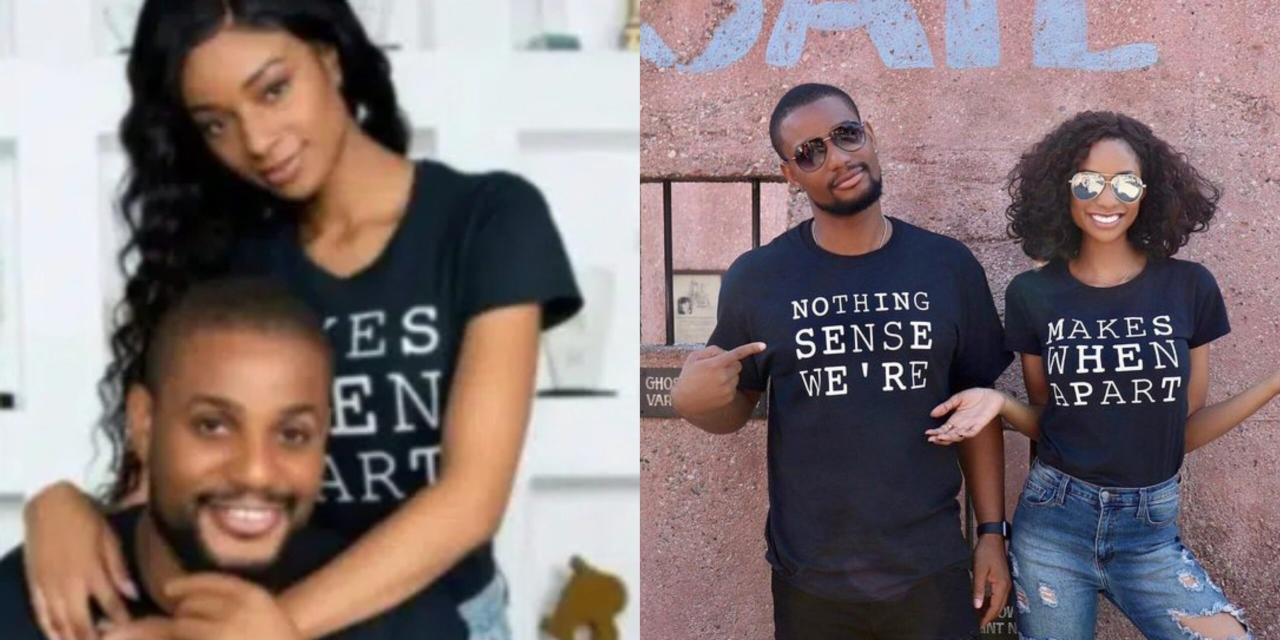 Fancy Acholonu, an American model and ex fiance of Alex Ekubo, has shed more light on her public apology to the actor.

While responding to a fan’s query, Fancy clarified reports that have been making rounds on the reason for her apology and rumoured reconciliation with him.

Fancy Acholonu confirmed that she was forced to make the apology and she fell for it. However, her eyes are now fully open and nke have full standing.

Contrary to reports that the American model and Alex Ekubo have reconciled, Fancy stated that there isn’t any iota of truth to it.

The fan wrote, “Did Alex convince u to make that apology post? I saw something on the blogs. If he did. Sis that is extremely manipulative you should run for your life. He only wanted to use you for revenge”.
Fancy replied,

“Yes he did. It’s true. I fell for it. My eyes are now fully open. I’m at peace & now have full understanding”. 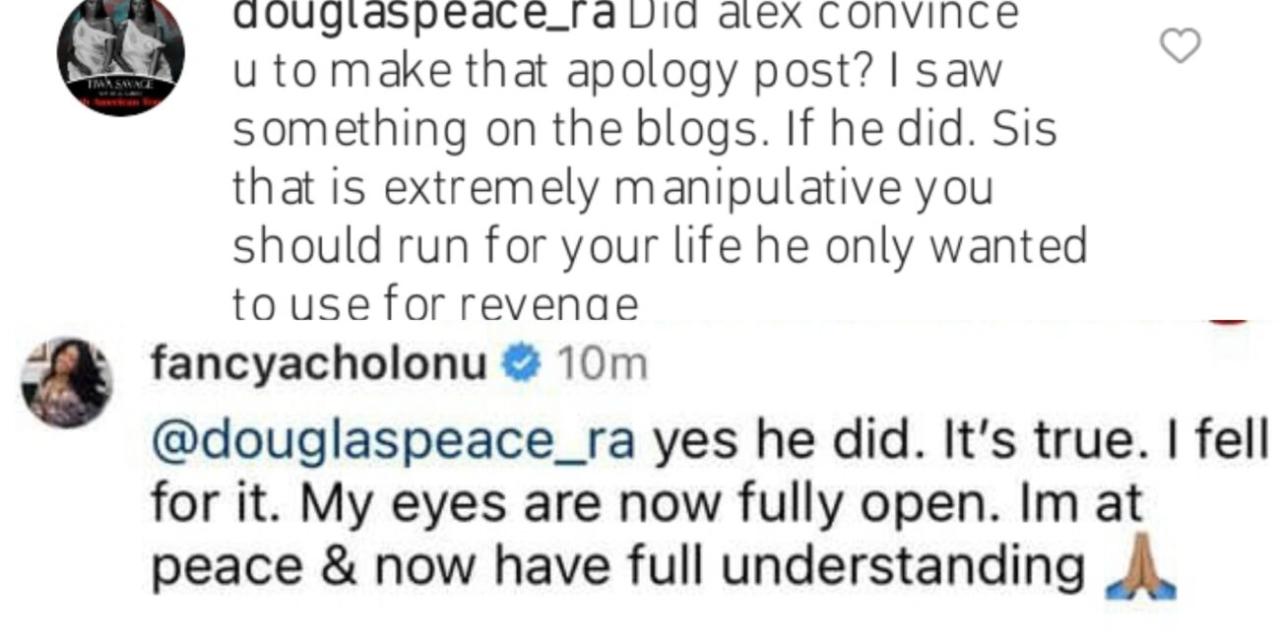 Alex Ekubo’s ex-fiance, Fancy Acholonu issues public apology to him a year after calling off their wedding