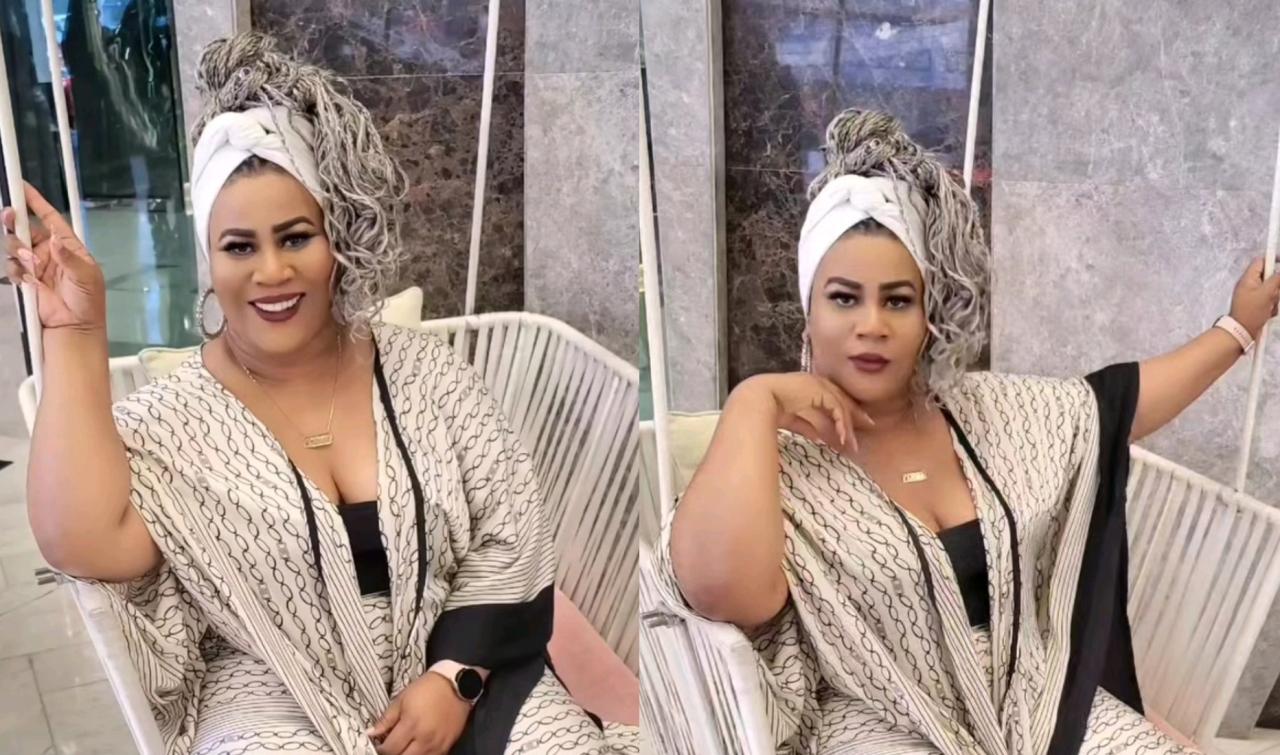 Chioma Omeruah, the entertainer who is better known as Chigul has revealed that during her days as a married woman, people were urging her to have a child to save her union from crashing.

Chigul, made this known while reacting to Elsie Okpocha ‘s post on women, marriage and kids.

Elsie had advised that Nigerians should stop marriage shaming women , likewise on the case of childbearing.

“Someone told me, just born one hold am. I was like are we playing cards? Hold am kwa? Hiaaaan! Nigerians are too forward,” Chigul wrote.

Recall that Chigul was once married and the union crashed after just one year and she held herself responsible.

“We were not perfect, there were good days I won’t lie. It just got to a place where we both didn’t care anymore. I have been made to believe that it was my job to keep that afloat and the fact that it sank, I take on my head,” she said on Kemi Adetiba’s King Women series.

Chigul continued: “I didn’t understand why no one except my siblings cared to ask how I was doing. I was depressed and I didn’t care. I wasn’t going to kill myself but the sweet, funny girl didn’t want to come out.

“I felt like I was going through a tough time with my marriage and everyone was saying go back to your husband and no one asked how I was feeling.

“I had nowhere to land, it fell apart and I didn’t want it to. When I needed people to be there for me, no one was there. The worse was when I heard that my husband had a child with someone else, a year into our separation.

“The worse thing for me right now is not being in a relationship but I wanted to give my mother grandchildren. My success with my career is great, it’s wonderful. I thank God for it every day but I want other things.

“I did some things wrong for instance I sold the wedding rings and I told him I did. In my mind, my rings were a symbol of something that didn’t exist. It was a circle I was wearing on my finger while I had an absentee husband.

“It was one of the worst things I ever had to go through but one of the best things because it taught me so much.”

The ‘Road to Yesterday’ actress said she was a virgin when she got married at 33 and expressed joy at not having any child from the marriage.

“Would I have changed anything about it? No, because it happened for a reason. I’m happy it happened at one year with no children, no attachments. I married at 33, I married a virgin. That was my first ever anything and it was supposed to be special and last,” she said.

She also told of how she was a serial failure at school, saying it was extremely tough on her because of the status of her father as a former military governor of Anambra state.

“In academics, I wasn’t necessarily the brightest; I was kinda dull when it came to school work. So form 4 came and we did final exams and I failed so I had to repeat a class,” said the ‘Banana Island Ghost‘ actress.

“When I got to Lagos, I told my dad that I was going to repeat Form 4. Next thing I knew, I was in Airforce secondary school in Lagos he said there was no way I was going to go back to Jos and embarrass him that how can Samson Emeka Omeruah’s daughter be repeating a class.

“I was never into school. I took Cambridge exam, JAMB, WAEC and I didn’t pass too well. I was failing woefully. When I took TOFEL and SAT, I did okay and I got into Delaware University.”