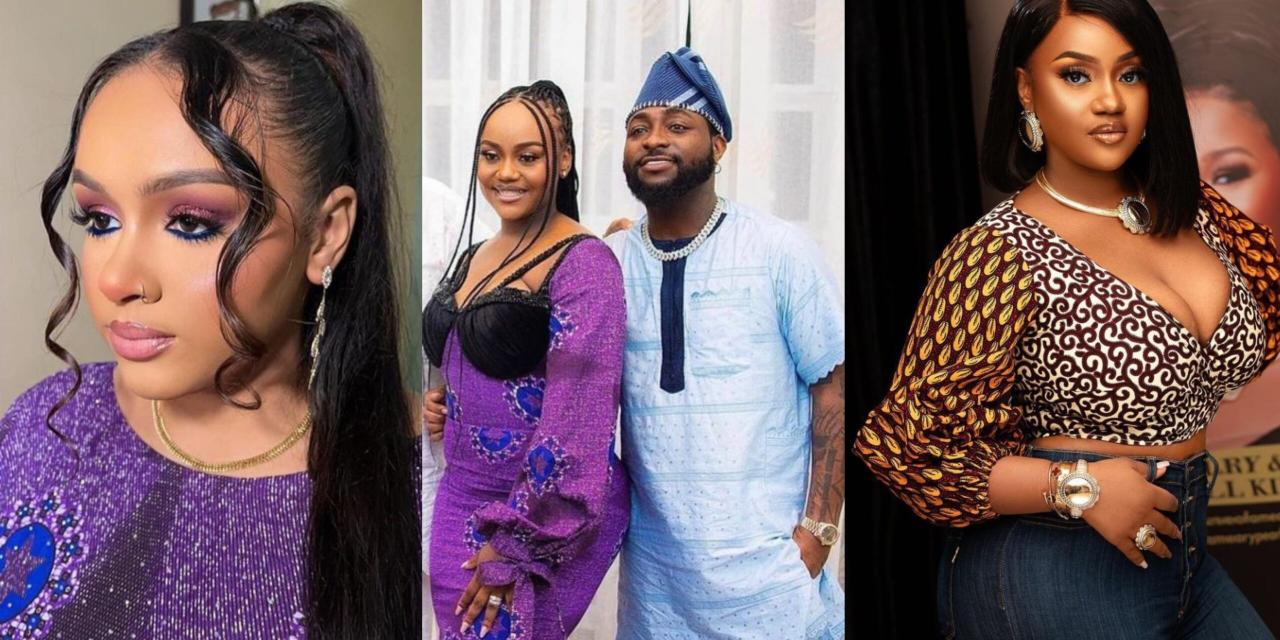 Korth, who has been in the news lately following her messy break-up with Sina Rambo, had clapped back at a fan who compared her with Chioma.

The fan had opined that Korth was jealous of Chioma Rowland because she symbolizes the true definition of beauty.

“I see why you people are jealous of Chioma she is the true definition of beauty”.

Reacting, Korth hinted that things aren’t all rosy between Davido and Chioma as she claimed that Chioma was enduring things.

She wrote,
“Abeg did you get lost in my comment section? Carry your endurance group elsewhere”. 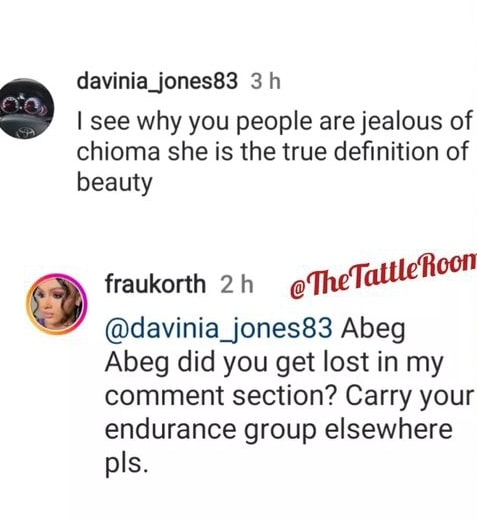