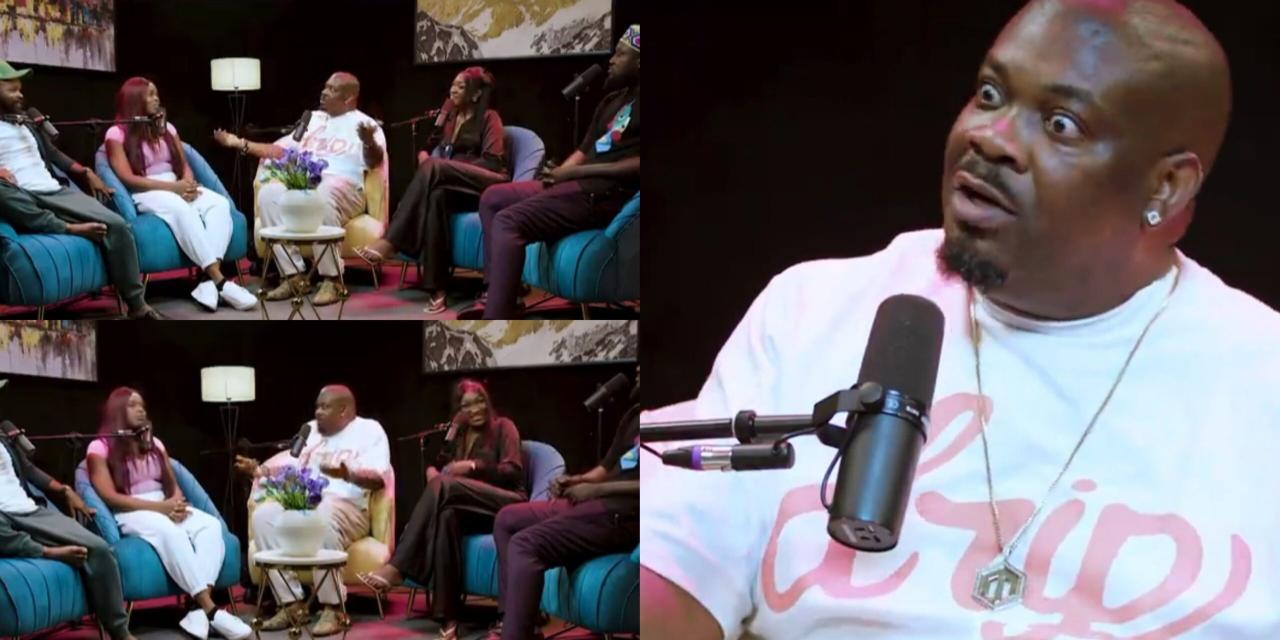 Music executive, Collins Ajereh popular known as Don Jazzy has opened up about some interesting details of his life.

The Mavins founder got candid about his personal life as he talked about relationship and his love life, in a recent interview with media personality, Nedu on his popular podcast, Frankly speaking.

Don Jazzy confessed that he isn’t the type to stay faithful to one woman. According to him, though things might change in the future when he finds his missing rib, but for now, he can stay glued to one woman.

He said, “I wouldn’t be able to process the fact that if I like this person every other person should go to hell.
As at now, in my life – when that butter fly hit me like it hit you people when you fall in love, maybe I will then say every other person is fucked and this is who I like”.

Speaking on the qualities he wants in his future wife, Don Jazzy started that he wants a calm and understanding woman.