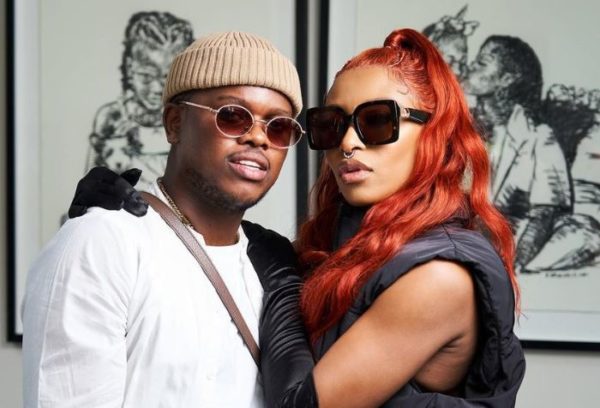 Murdah was a former member of the group, and a case of housebreaking and theft has been opened against him at the High Court of South Africa Gauteng Division, Johannesburg.

Bongz is expected to restore possession of the recording studio apparatus and other things he stole at the Black Motion’s apartment no later than Friday, 13th January 2023 at 5 pm.

Social media users got stirred by the information and dragged Murdah’s wife DJ Zinhle into the issue.

Zinhle has been dragged religiously by social media users as it is believed that she is behind her husband’s exit from the Black Motion’s group.

The businesswoman is also dragged over her husband’s theft and housebreaking case.

“I knew DJ Zinhle was gonna destroy Bongz when she forced him to buy new teeth,” a tweep wrote.

See other reactions below:

DJ Zinhle has a type 🤣🤣🤣🤣 pic.twitter.com/FdvAiqsXYx

Bongz when he was still with Black Motion He was out of drama .. no bad publicity

Why are people mentioning and include DJ Zinhle in this whole Black Motion & Bongani saga? What does she have to do with all this? Hai la bora!