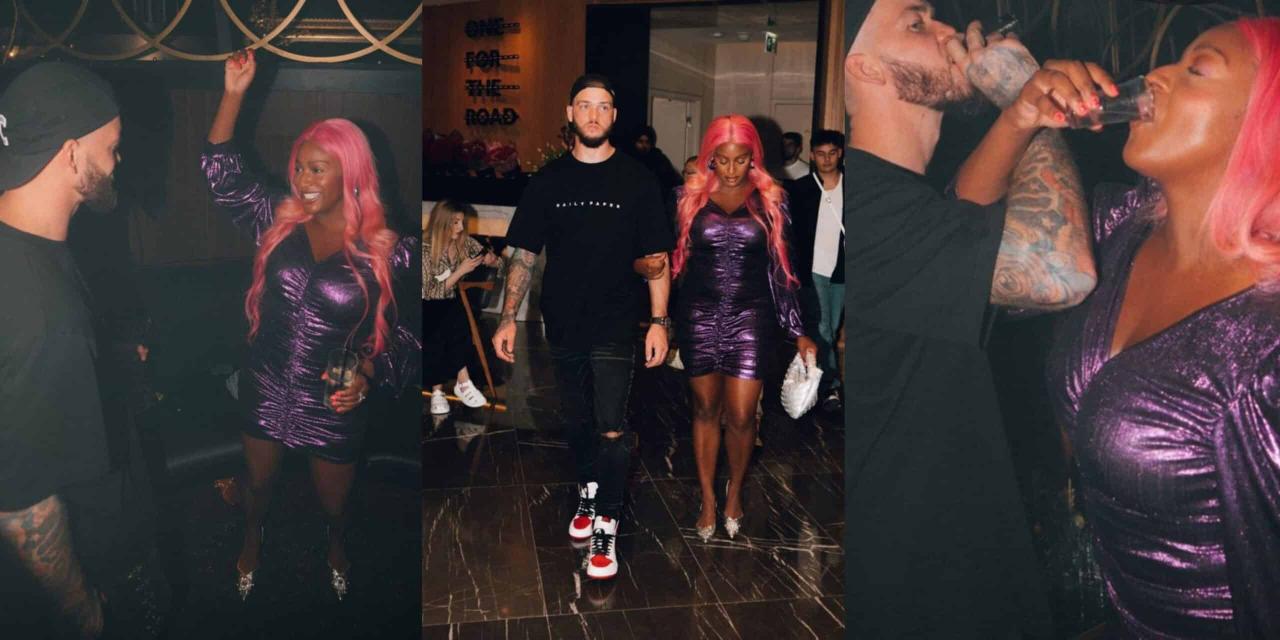 Nigerian disc jockey, Florence Otedola better known as DJ Cuppy and her British boxer fiance, Ryan Taylor have reacted to a photoshopped image of themselves in traditional wedding attire.

Cuppy and her fiance who have been showing off lovey-dovey moments of themselves and giving relationship goals took to their Instagram stories to react to a photoshopped image of them shared by a fan.

The fan identified as Eniola first shared the photoshopped image of the couple while noting her love for them. Reacting to the image, Ryan Taylor reposted it on his Instagram story and asked “who made this” with a tears of joy emoji.

Sharing a screenshot of the image from her fiance’s Instagram story, Cuppy who revealed weeks back that she can’t wait to be Mrs Taylor gushed over the image. 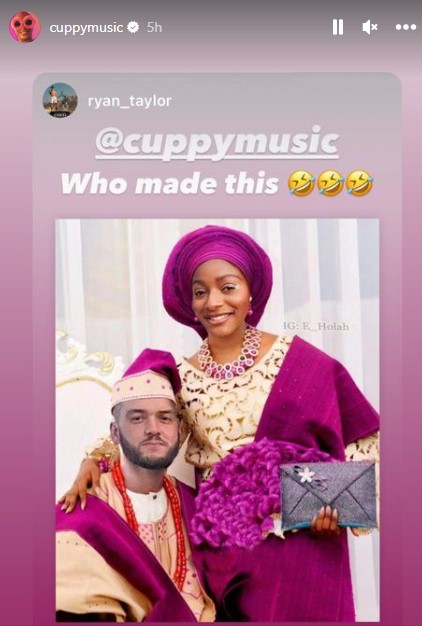 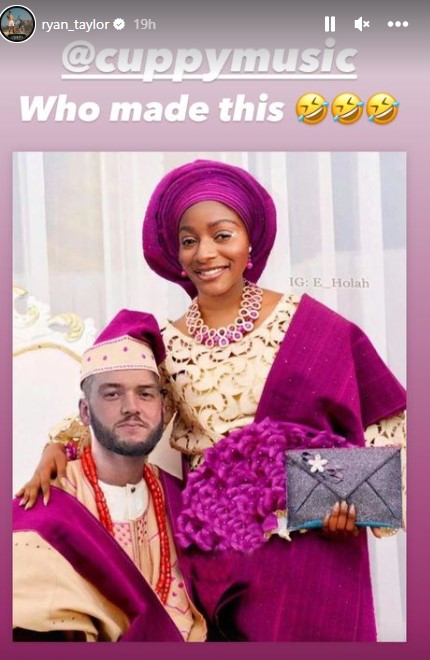 DJ Cuppy hits back at a troll who called her stingy