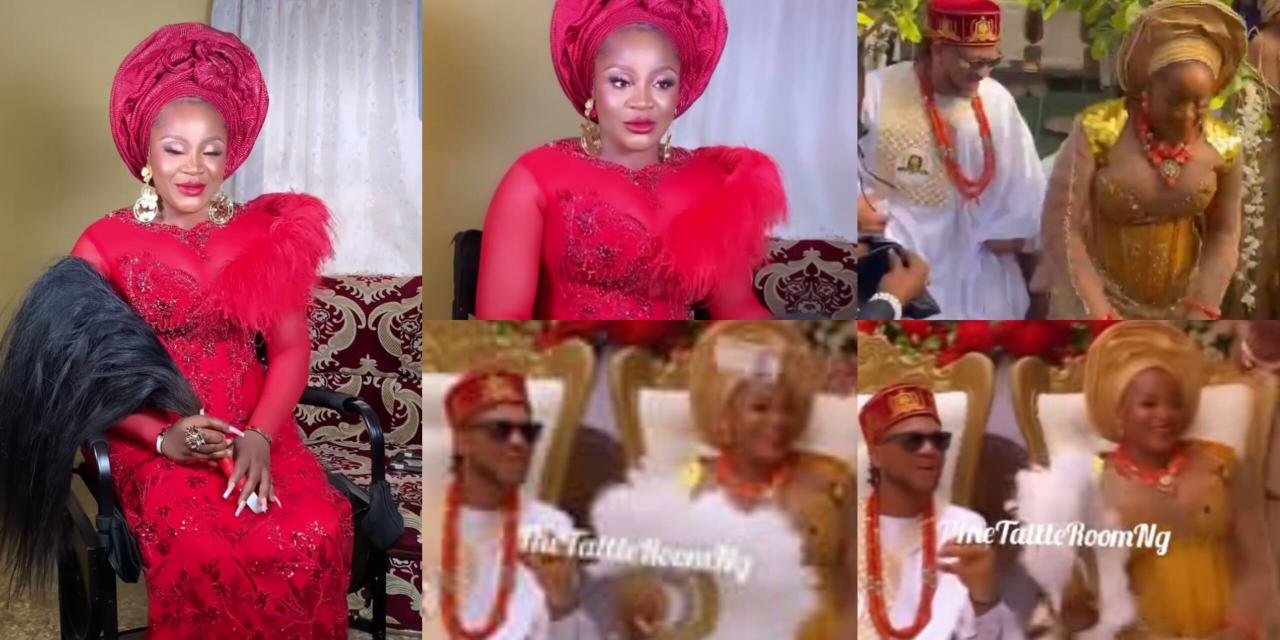 NaijaChoice Media earlier reported that Uche Ogbodo and Bobby Maris were set for their traditional marriage at her hometown in Imo State.

According to reports, Uche Ogbodo doesn’t want the public to know about the occasion as she had earlier lied that she was officially married to the father of her second daughter.

In a new update, photos and videos from the lowkey wedding has made it way to the internet.

Contrary to reports, Uche Ogbodo doesn’t seem ashamed to be marrying a younger man, as she uploaded videos from the wedding ceremony to her Instagram story.

Gushing over her union, Uche Ogbodo announced that she is now officially known as Mrs Bobby Florentus Ugwoegbu.

Promising to share more photos and videos from the wedding, she wrote,

“Already Mrs Bobby Florentus Ugwoegbu but had to be Double sure. Congratulations are in order. Video n pictures coming soon”. 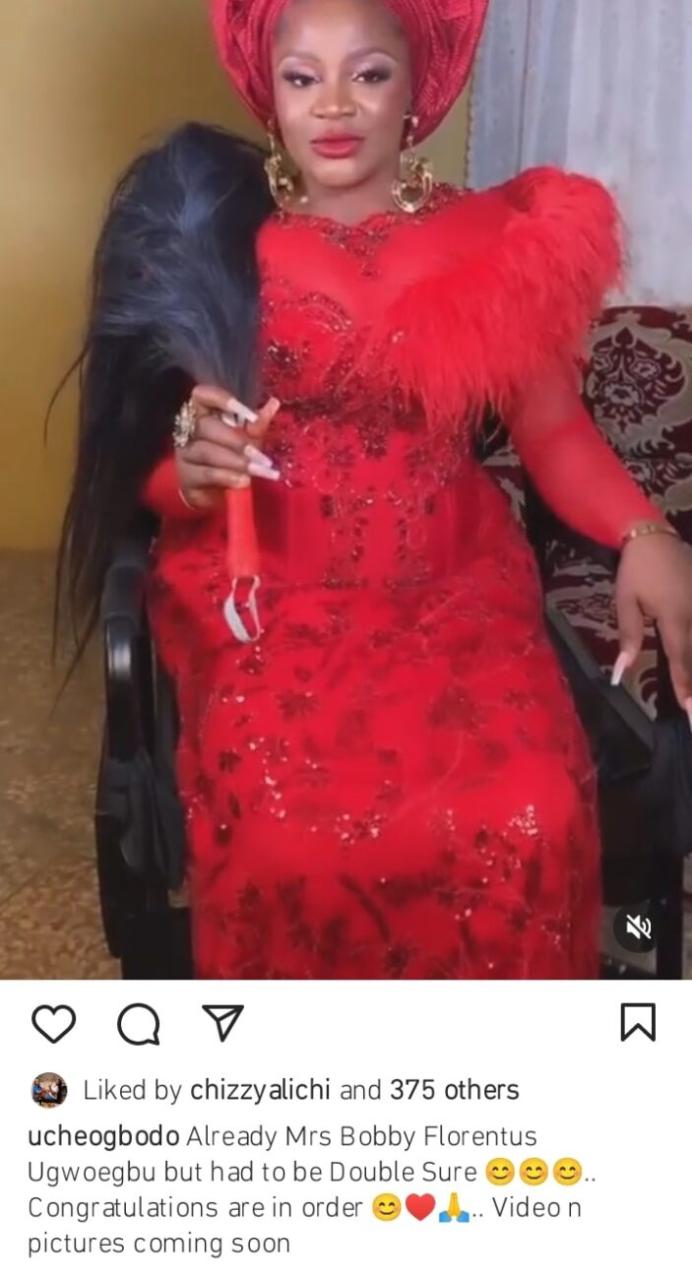 Uche Ogbodo and her lover, Bobby Maris set to have their traditional wedding today