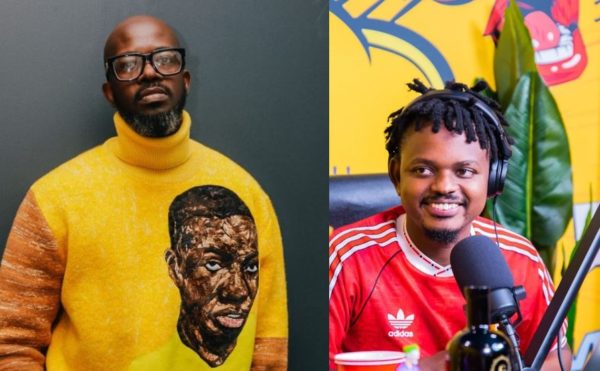 Black Coffee reveals his readiness to speak about his former wife, Enhle Mbali on Mac G’s Podcast and Chill.

Following days of Enhle’s crucifixion on social media, the international DJ who needs to be cleared of all allegations made by the actress called out Mac G on Twitter.

The DJ and actress were married with two kids, but the union crashed, and they had a dirty divorce due to the different allegations flying in the air.

Mbali claimed she was abused in the marriage, but the DJ won the case in court.

Few days before the new year 2023, Black Coffee urged his erstwhile lover and baby mama to retract her claims of being abused by him, as they are all lie.

Enhle refused and hell has been let loose on her since then, as she didn’t start the new year peacefully.

From being canceled for having an affair with a married man, to being labeled wicked for mocking the DJ’s hand in an old video.

On Saturday, 14th of January, Black Coffee requested to talk on the infamous podcast by Mac G.

“Ready to come and chill Gents @Solphendukaa @MacGUnleashed,” he tweeted.

Despite not revealing the topic of discussion, it is presumed that the Grammy-award-winning star will be spilling the tea about his marriage with Enhle Mbali and all the allegations made against him.

The DJ trends as a majority of people are eager to hear and see him on the show.