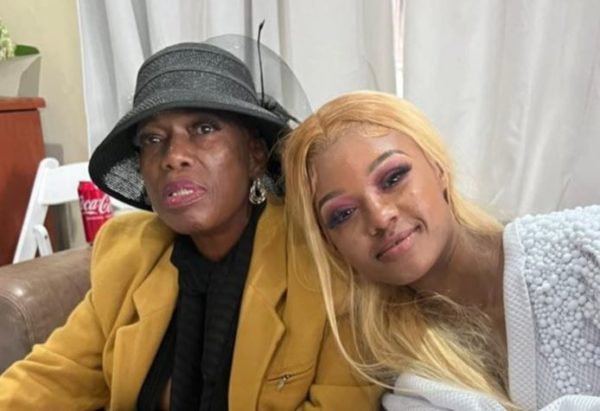 The two suffered a stroke, but Zama’s health suffered other illnesses.

The Gqom queen danced and sang at the memorial and funeral service of her husband and it was satisfying for most people.

However, the table turned after she was spotted dancing in front of Zama’s coffin.

The video which surfaced on the internet angered lots of viewers.

“I’m too old school to understand this kind of grieving, I think both my so-called Coloured and Xhosa ancestors would just slap the hell out of me ndisacinga ba ndizenza cute ngolu hlobo. A definite, resounding NO from this side,” a tweep wrote.

Babes Wodumo at her mother in law's funeral. pic.twitter.com/wpTNFJ1pq7