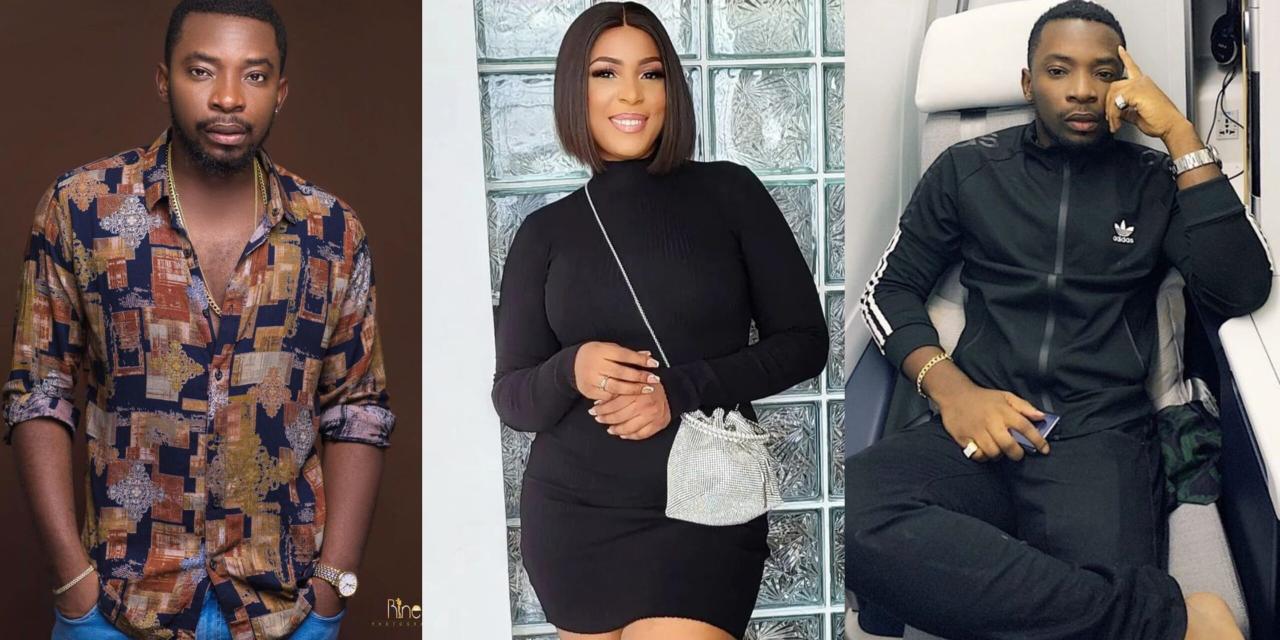 Peks Ikeji, the only brother of blogger, Linda Ikeji has come under fire over his outrageous charges for an appearance at an event.

The younger brother of the media mogul, whose source of occupation remains unknown, took to his Instagram story t reveal his charges for 2023.

Peks states that from next year, 2023, he would be charging N500,000 for 1hour appearance. According to him his fee is non negotiable and in addition, he would need two police escort. 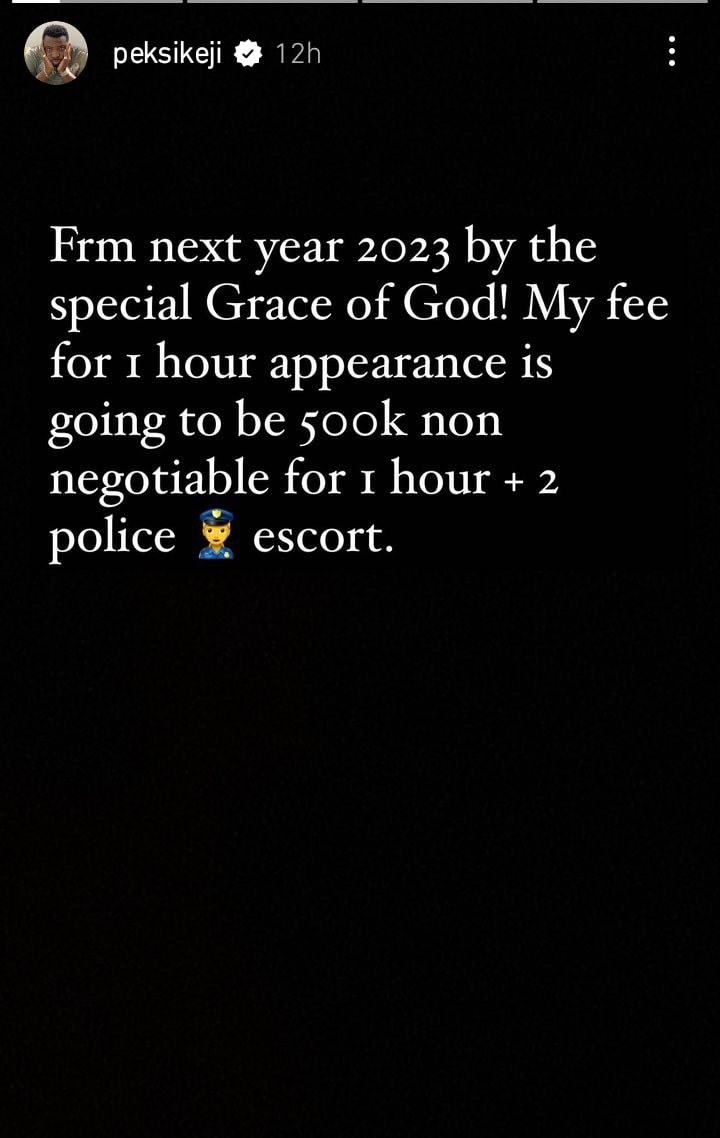 Peks Ikeji’s statement has left many questioning his source of livelihood.

One Obianuju Nwa wrote, “Appearance for what exactly? Is her performing miracles

One official Sam wrote, “1 hour to do what exactly with you Money ritual sef I won’t use u. Peks wey dem use do ambassador, he announced it and got 17 comments. If I’m the MD of that company, u will do a full refund

One Shabi Turu wrote, “His biggest achievement is being Linda Ikeji’s sister”.

One Magdalene Camille wrote, “Lmao…. he’s trying to feel important in the midst of nothing”.

Nollywood actress Jnr Pope reveals how he met his wife