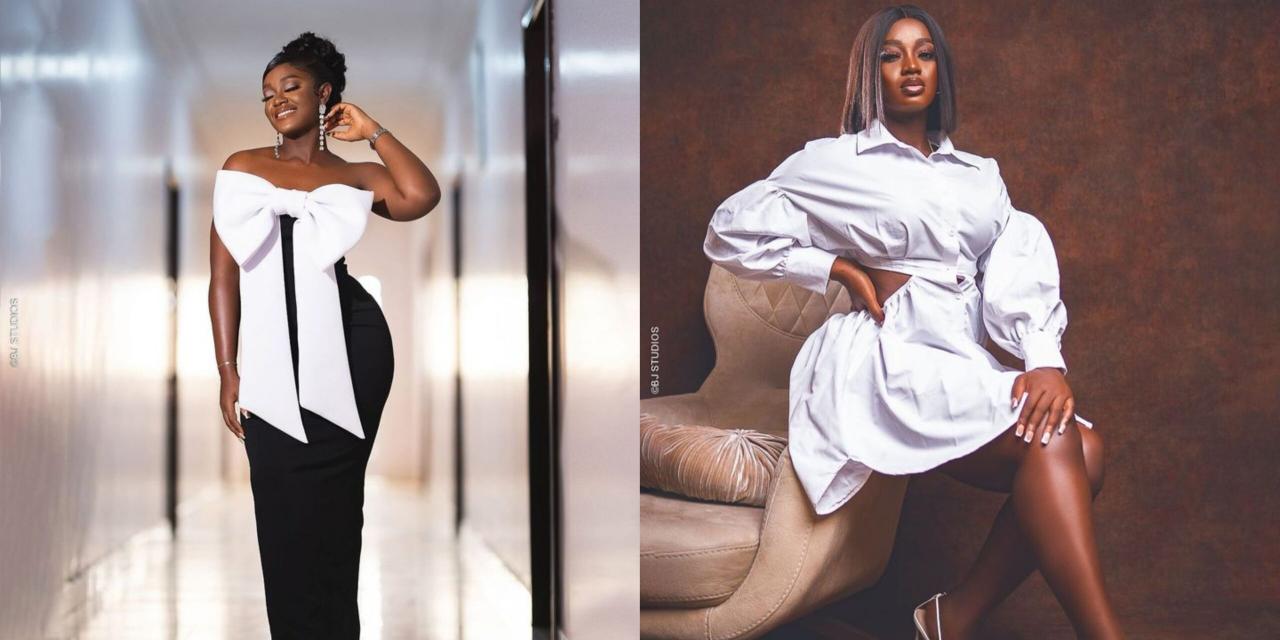 Nollywood actress, Luchy Donalds has been left betrayed and heartbroken after a friend of hers scammed her of N1.5 million.

Luchy revealed that the friend had lied to her that her mother, who single handedly raised her, was severely sick. The movie star later discovered that the supposed friend used the money for surgery.

Despite the betrayal, Luchy vowed to never stop helping people.

“I always help people on a very low key off social media but is this evil act not discouraging?? Can I easy believe such stories from anyone again?? If my own friend can job me then who wouldn’t want to job me. Lying with her mothers life who single handedly raised her after the death of her father when she was only fifteen years old just to do surgery body.

This is for everyone to stay woke, these girls can go any length just to do body. If you don’t have money for body, rest until you get the money naaa. That is of you must do your body. I am soooo hurt. LIFE”. 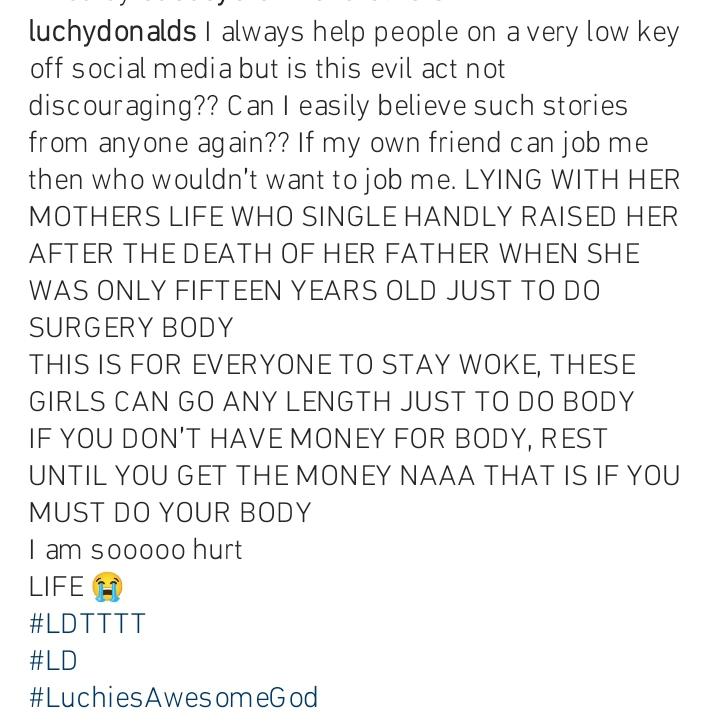 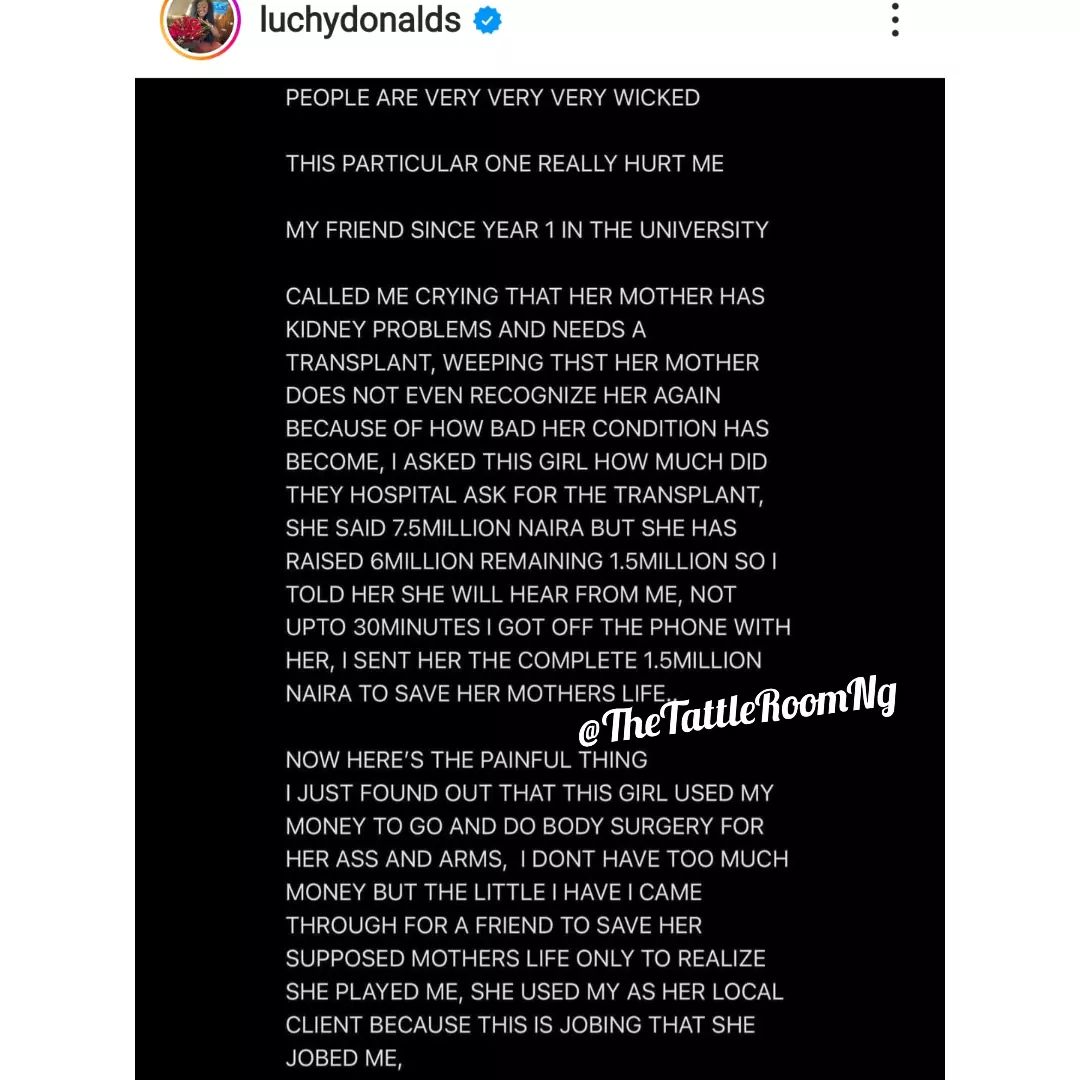 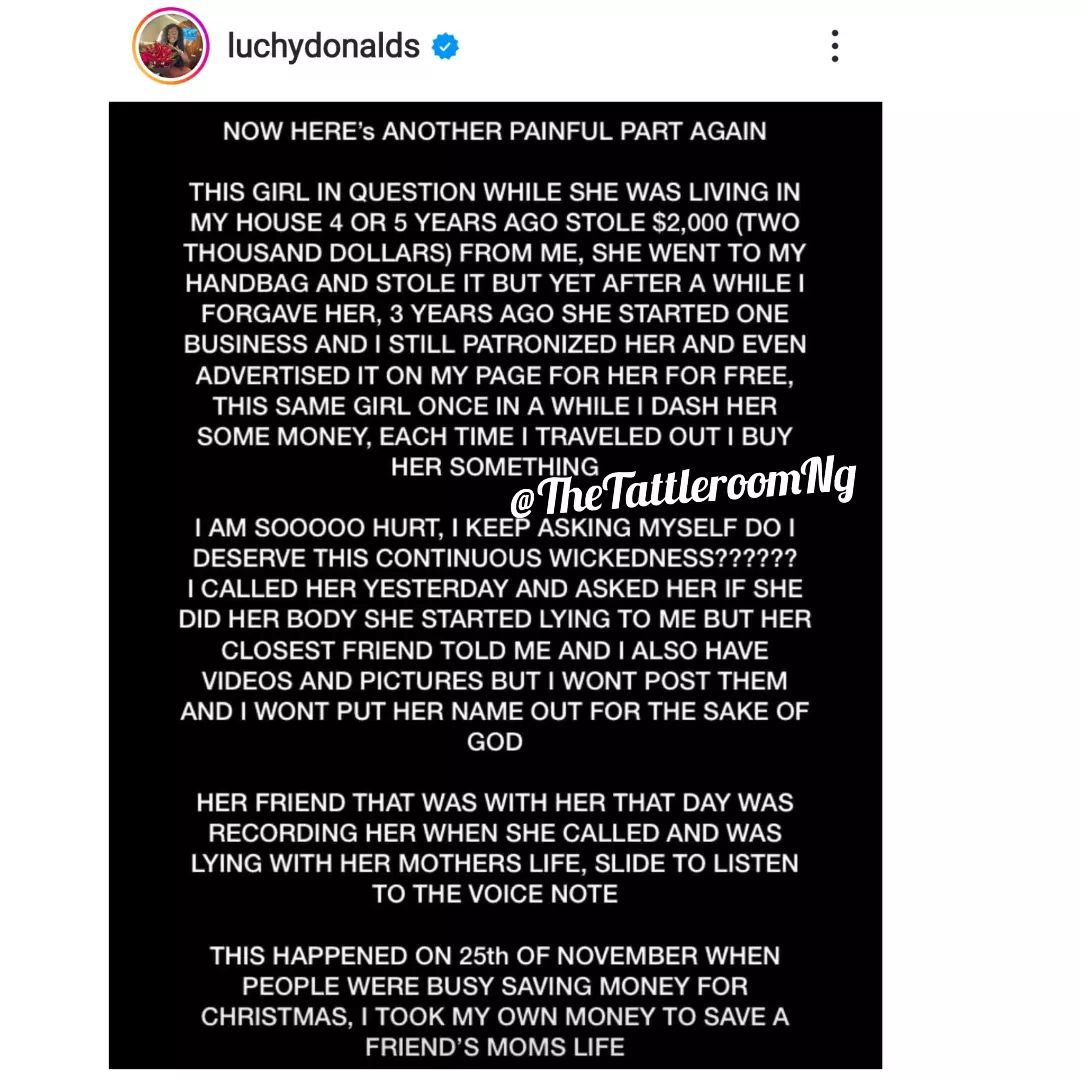 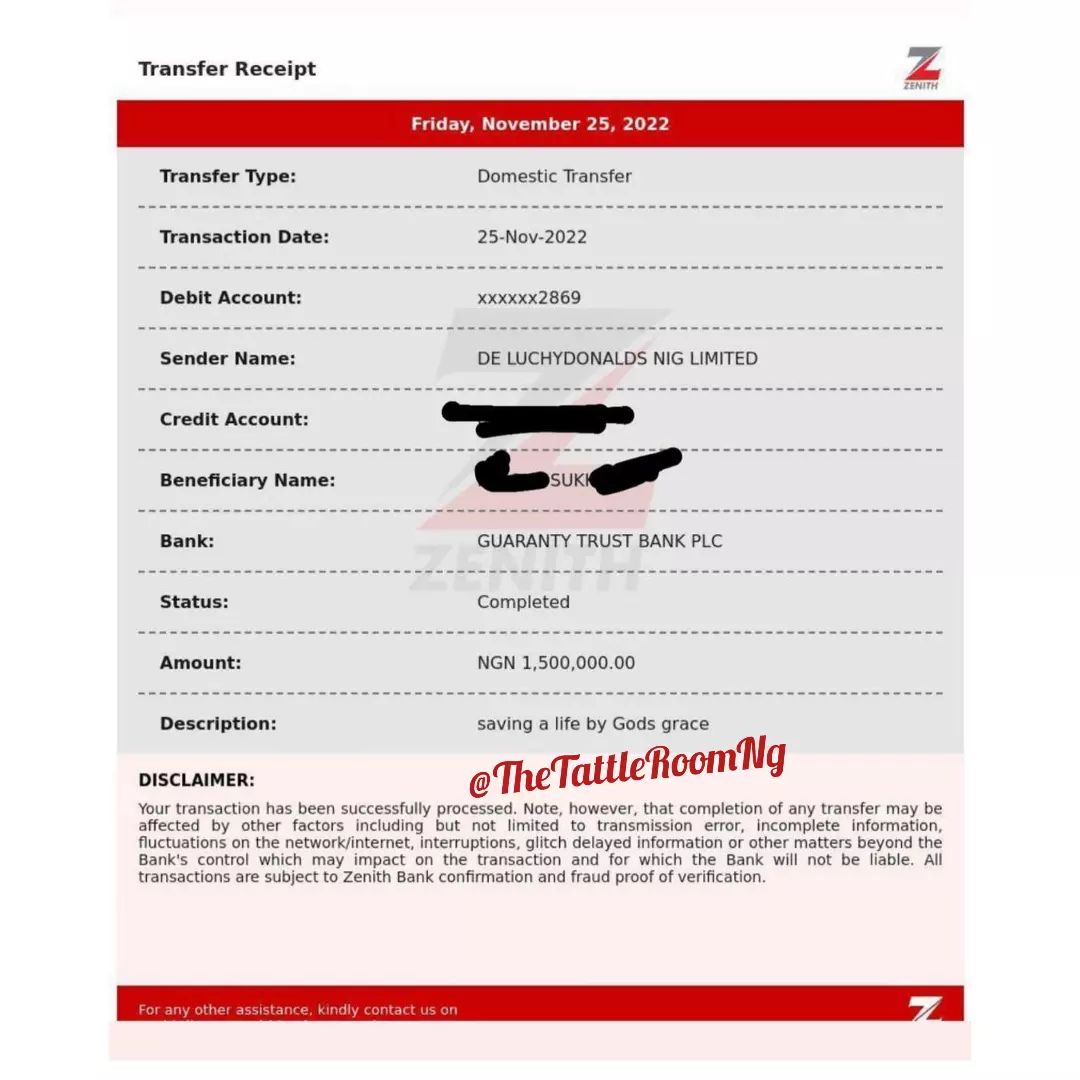